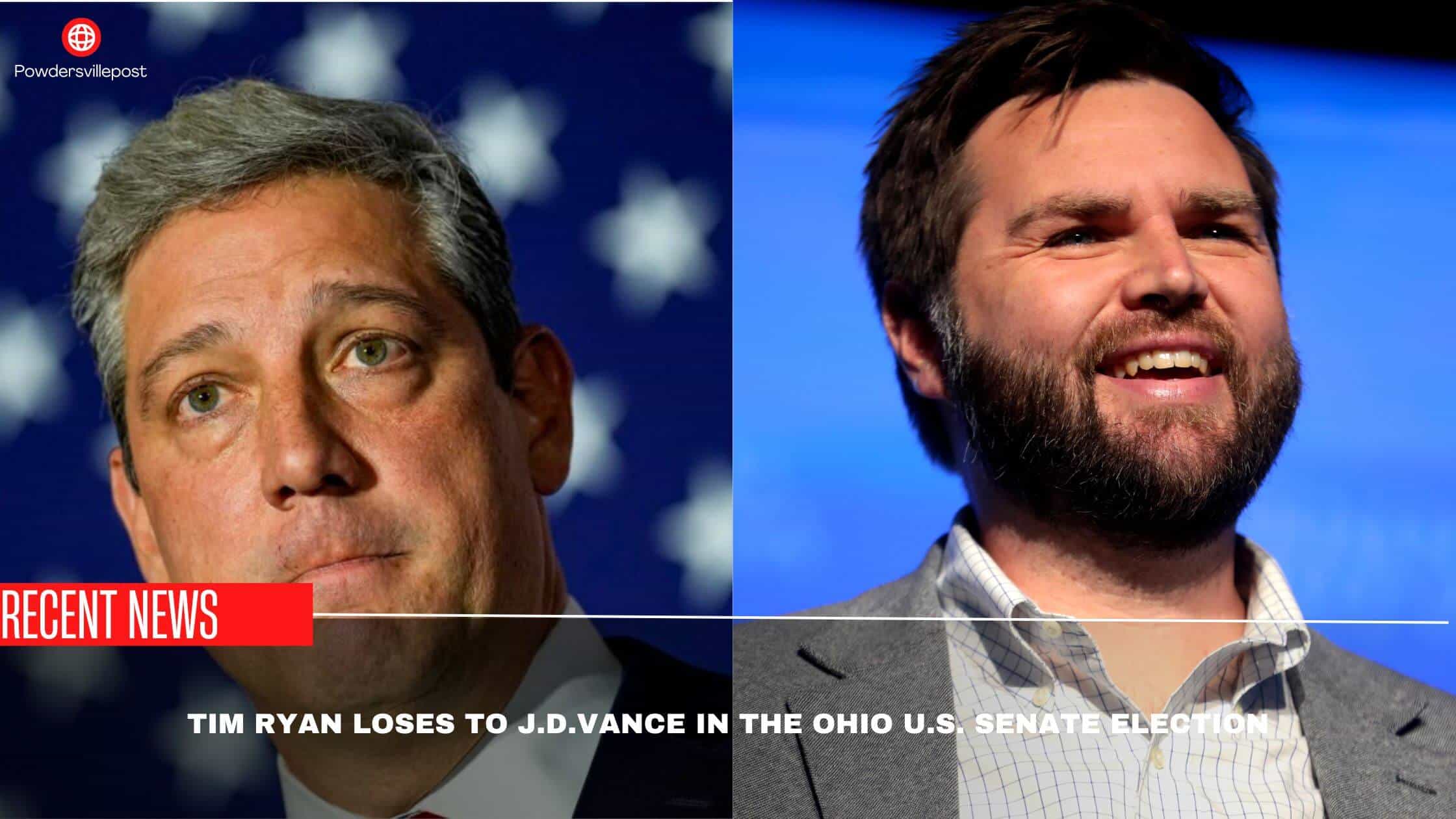 The republican candidate J.D.Vance defeated Democratic Representative Tim Ryan in pivotal Ohio Senate polls. Vance represents a new shift in the Republican party with the arrival of candidates who have no prior experience in politics. He is a media celebrity, cultural activist, and author who wrote the best-selling book Hillbilly Elegy (adapted to a major feature film by the same name in 2020).

Vance is also backed up by Peter Thiel, a well-known hardcore republican and Silicon valley billionaire who also belongs to a new group of conservatives who believes in implementing strict economic policies, uncompromising immigration laws, and global isolationism.

He had spent around $13.5 million in promoting Vance’s primary campaign. He is also a strong advocate of the 15-week national ban on abortion that was started by fellow republican Lindsey Graham.

Ohio is known for its pro-republican wave back when President Joe Biden lost in 2020 and Trump won the seat twice. Even the current poll projections saw a huge gap with Republicans projecting over 232,000 ballot cast when compared to 169,000 for the Democrats.

Ohio also saw an increase in the number of new republican voters this time together with a rise in the number of party switchers too. Democratic Senator Sherrod Brown won office in 2018 and former President Barack Obama was the last democratic presidential nominee to win from Ohio in 2012.

Although Vance and Trump had a not-so-comfortable relationship in the past, Trump spearheaded the final stage of Vance’s campaign in Youngstown. Trump was crucial in bringing out a lot of suburban and middle-class voters along the Ohio rust belt area.

Vance was known to be an ardent critic of Trump who had even called him “reprehensible” in public and supposedly labeled him as “American Hitler” in private. But all this animosity was smoothened out once Trump made it to the White House as the President.

This change was evident in Vance when he co-signed Trump’s petition on election Fraud in the 2020 elections. Vance had a successful campaign throughout the season and he promised the voters of Ohio that he will never go back on the promise of doing good for the people of Ohio.

Tim Ryan, the Democratic candidate had his campaign strategy designed in a way that he decided to contest as a Democrat. The election campaign of both Vance and Ryan was a rather contentious one and often both of the parties ended up making personal remarks against each other.

Ryan during his campaign took a dig at Vance on not being able to stand for himself when Trump openly told in the Youngstown speech that Vance was ready to “kiss his ass” to get his support. He also took a jibe at the Republican leaders saying that they will eat up the Ohio citizens like a “chew toy”.

Vance on the other hand said that Ryan had supposedly put on a costume to pretend as a “reasonable moderate”. This observation is based on the fact that Ryan had earlier praised Trump on his trade policies, also supported the anti-China stands, and distanced himself from the Joe Biden administration. All these worked against Ryan and had to face defeat against Vance.

Another thing that worked against Ryan was the lack of backup support as his election campaign was largely restricted to him alone setting up TV ads to promote his electoral policies. Vance on the other hand received a lot of support from biggies like Peter Thiel, Trump, and even the Mitch McConnell Senate leadership fund which spent around $28 million. Although Ryan had a larger fundraiser advantage, Vance covered this with his political backup.