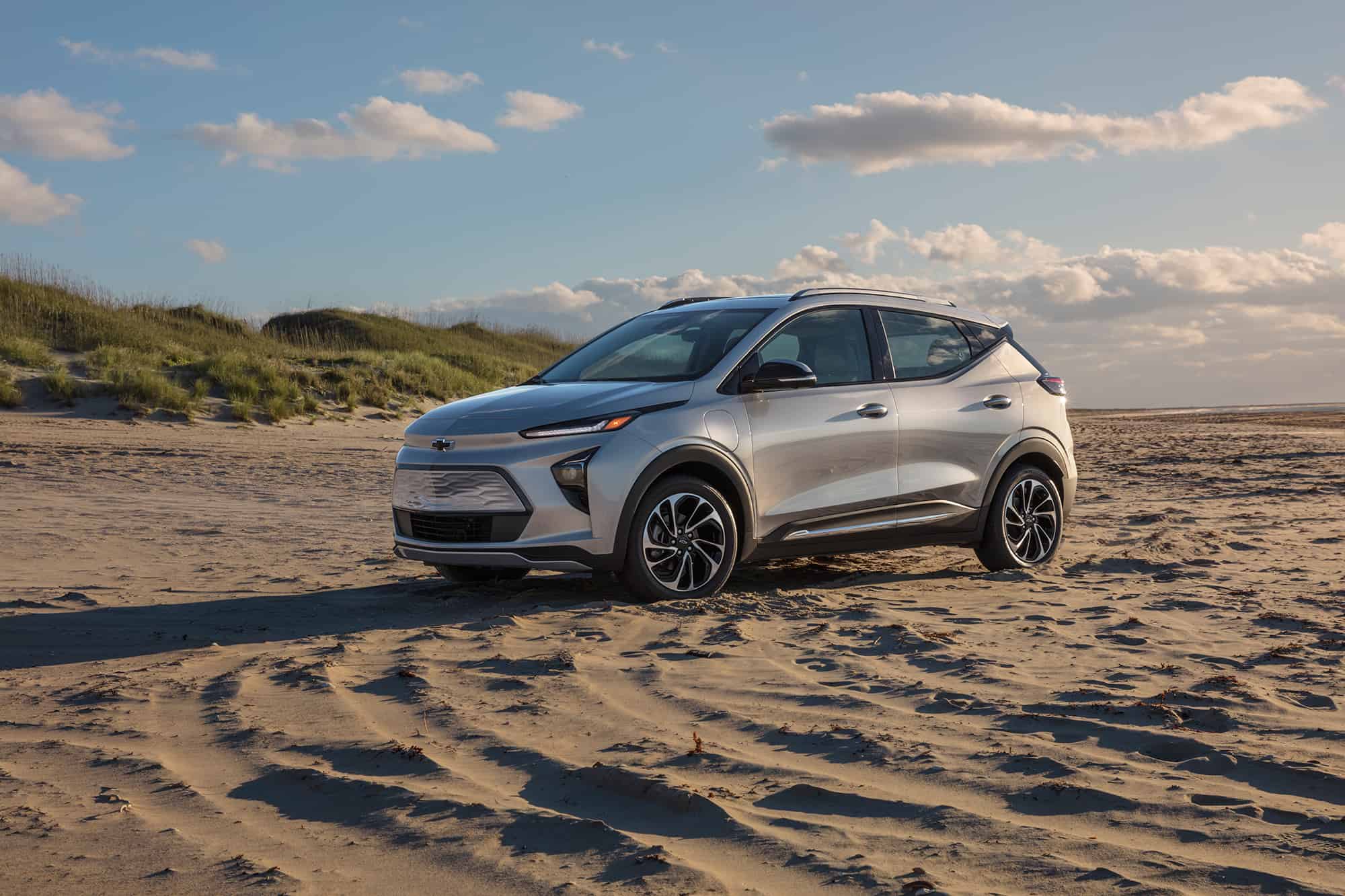 General motors dream of switching completely to electric vehicles from gas-powered cars. They are aspiring to achieve the goal by 2035, as announced last month. Now, the general motors have taken the next step in the direction on Sunday. A step that is small but significant.

The company has unveiled the latest model of the Chevrolet Bolt EV version. This is a five-door hatchback in sale for the last four years, is the only electric vehicle by general motors. The latest version is now all set to get sold in North America.

Tiny Bolt EUV, The Next Electric Vehicle Unveils By GM

Looking at the motor vehicle industry’s current scenario, people are these days more inclined to SUVs, not normal cars. To be in the race, it was important for the general motors to launch an SUV version. They have worked on the SUV version of the Bolt.

On Sunday, in a formal ceremony, GM finally unveils what they called Chevrolet Bolt EUV that stands for the electric utility vehicle. But if one looks at the differences between the earlier Bolt EV hatchback and the Bolt EUV, the SUV part is minimal-a few inches to be precise. The new EUV has a three-inch longer wheelbase. It is only about 2/10 inch higher than the Bolt EV. The overall length of Bolt EUV is just 6 inches longer as compared to the Bolt EV version.

All SUVs have some common features that also include a whole-wheel drive. But the Bolt EUV lacks the very feature of SUVs. It was, although defended by the Bolt executives on Friday itself, before the official launch of the newest Bolt EUV version.

Jesse Ortega is the chief engineer behind the two Bolt versions. He said that the latest version, Bolt EUV, has the proportions as well as the styling of an SUV. He defended the EUV version and said he didn’t believe in the idea that SUVs necessarily should have four-wheel drive to be qualified as an SUV.

The Chevrolet Bolt EV and Bolt EUV electric vehicles are set to go into the late spring production phase. After that, the Bolt models will be made available in showrooms by early summer.

General Motors are not only working on launching the EVs in the American market for the year. Other vehicles, an electric Hummer truck and the Cadillac Lyriq are also waiting to be placed in showrooms. The lyriq is expected to go into production in the late first quarter of the year. The Hummer is most likely to be available in the late fall of the year. General motors are all set with their electric vehicle plans in the US market.

The Bolt is loved in the US market. The Chevrolet Bolt has the highest customer satisfaction rates in the industry. Steve Majoros, vice president for the marketing department in Chevrolet, said that Bolt has many fans in the US market. He added that the US sales have took place last year with a hike of 26%. That was the time when GM was facing an overall decline in sales in the US at a rate of 12%.  The data indicates that 1,300 out of 3,000 US Chevy dealers offer the Bolt.

With the growing competition in the motor industry, it is expected that no matter when the Bolt EUV will come into the market, it is going to face huge competition.

With Tesla’s latest model Y SUV, it is forecasted that it is going to be Tesla’s best selling vehicle. Chevrolet is only selling about 20,000 Bolts in the US in comparison to Tesla’s Y SUV with a sale of about 442,511.

GM needs to work on the price of Bolt EV and EUV to boost the sales in competition to Tesla and Ford.