It has been a tough year for everyone in the education sector. The parents are worried that their children are suffering due to a lack of teaching options, and they are eager to send children to school. On the other hand, not all teachers are ready to take in-person classes as they have their own concerns with age, health issues, and other problems. 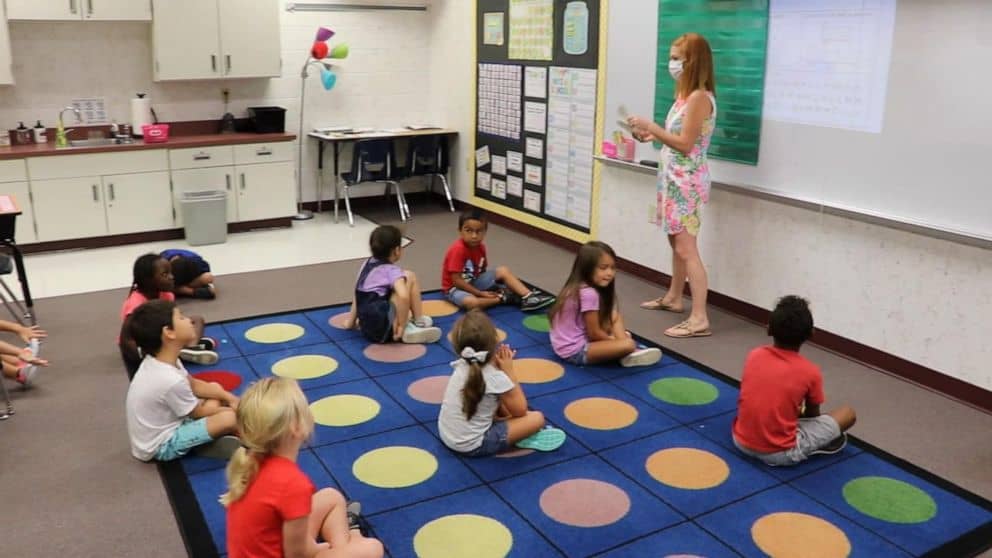 At a school board meeting in Phoenix this month, parents, children, and teachers got to speak about the issues. It was held at the Queen Creek Unified School District auditorium, where all the people concerned got to express their views. Surprisingly even kids wanted to go back to schools. However, some teachers had issues, but they said that they did not have many options during the pandemic.

At Queen Creek, some teachers have resigned in the last few months due to various reasons. Unlike other regions that had both online as well as in-person coaching options, Queen creek said that online training will come from teachers outside the district. In this situation, many teachers are tensed that they will be forced to attend the school in person during this pandemic situation.

Across many schools, teachers are bound by contracts so that they do not resign at the crucial moment and leave the schools in trouble. They impose fines and sometimes even threaten suspension or revocation of teaching licenses. Special education teacher Karen Oliver is facing such a problem as at the age of 61; she cannot risk attending in-person classes during this pandemic. She is also concerned about her 87-year-old sick mother who stays in another state. However, the district would be imposing a 3% penalty on her salary that comes to nearly $2000.

She told the board that she needed to visit her sick mother and cannot attend the in-person classes. She also mentioned that she loved her students and her work. It was a hard time for her to meet all her responsibilities in this situation. Even though states have issued the guidelines for the reopening of schools, districts have to decide what they are going to implement in reality. While some districts have taken a flexible approach in this regard, others like Queen Creek are going tough on teachers.

Oliver, who has received an email about the district garnisheeing her wages if she fails to return to school, is heartbroken. She says that even though every parent has the right to send kids to school, most schools are not treating teachers like real people. The scene is similar in Mississippi, where some teachers fear losing their licenses. The fees for teachers who break the contracts can be as high as $10000 in Kansas. In Arizona, as many as 109 educators called in sick and said that they did not have enough safety measures. The mass absences forced the authorities to cancel the classes.

Out of the 145 largest school districts tracked by the National Council on Teacher Quality, nearly 60% have a specific date by which the resignation should be submitted to avoid any sort of penalty. In most cases, the dates have already passed. While some school districts impose monetary penalties, nearly 45% also impose other penalties like suspension and refusing to hire the teachers in the future. In about 15 school districts, teachers may even lose their licenses for breaking such contracts.

Mark Paige, who is an associate professor of public policy and education law, talks about the issue with a lot of concern for teachers. He has suggested the districts reconsider the cost of enforcing contract rules on teachers during this situation. He pointed out the irony of the situation where teachers were applauded as heroes a few months back, and now they are being subjected to such harassment.Many experts point out that teachers are also willing to cooperate with the authorities, but they are just concerned about safety measures, and they want to start training safely. Many districts are already facing a shortage of teachers, and this year, many new teachers will be getting into schools for the first time.

They may drop off at a later stage if the situation does not improve in the next few months. According to EPI data, the weekly wages for teachers are 17% lower than that of comparable workers. The annual pay for teachers has been on a constant decline since the mid-1990s. The median salary for a teacher now stands at around $60000 that also comes with other benefits. Another interesting aspect about the data is that this profession employs the most women in the country, and it is close to 4.2 million. Most people in this education sector point out that it is a hard job, and the pay is not that attractive. In this situation, most people come to this sector due to working conditions.

Teachers unions across the country are pushing for safe return to schools. Not only that, they are also asking support for covering rents and mortgages. Experts warn that this is leading to long battles, and everyone involved in the situation can get affected. As of now, the teachers’ unions are in a position to keep the schools closed in many districts. Experts are worried that if the issue drags for a long time, many teachers may leave, and this can lead to a serious shortage of teachers soon.

According to experts, the black and brown students living in high poverty areas are the worst affected with a shortage of teachers. However, even they are supporting teachers when it comes to the issue of safe return to schools. As the poor community students also live with a large number of family members, including elders, they understand the risks of sending children to school during the pandemic situation.Considering the limited options available for everyone in this situation, it would be interesting to see how this issue pans out in the coming weeks. As schools are all set to open for remote learning in most cases, only a few of them are insisting on in-person classes. The number of outbreaks in the next few months will decide how this situation will pan out in the future.