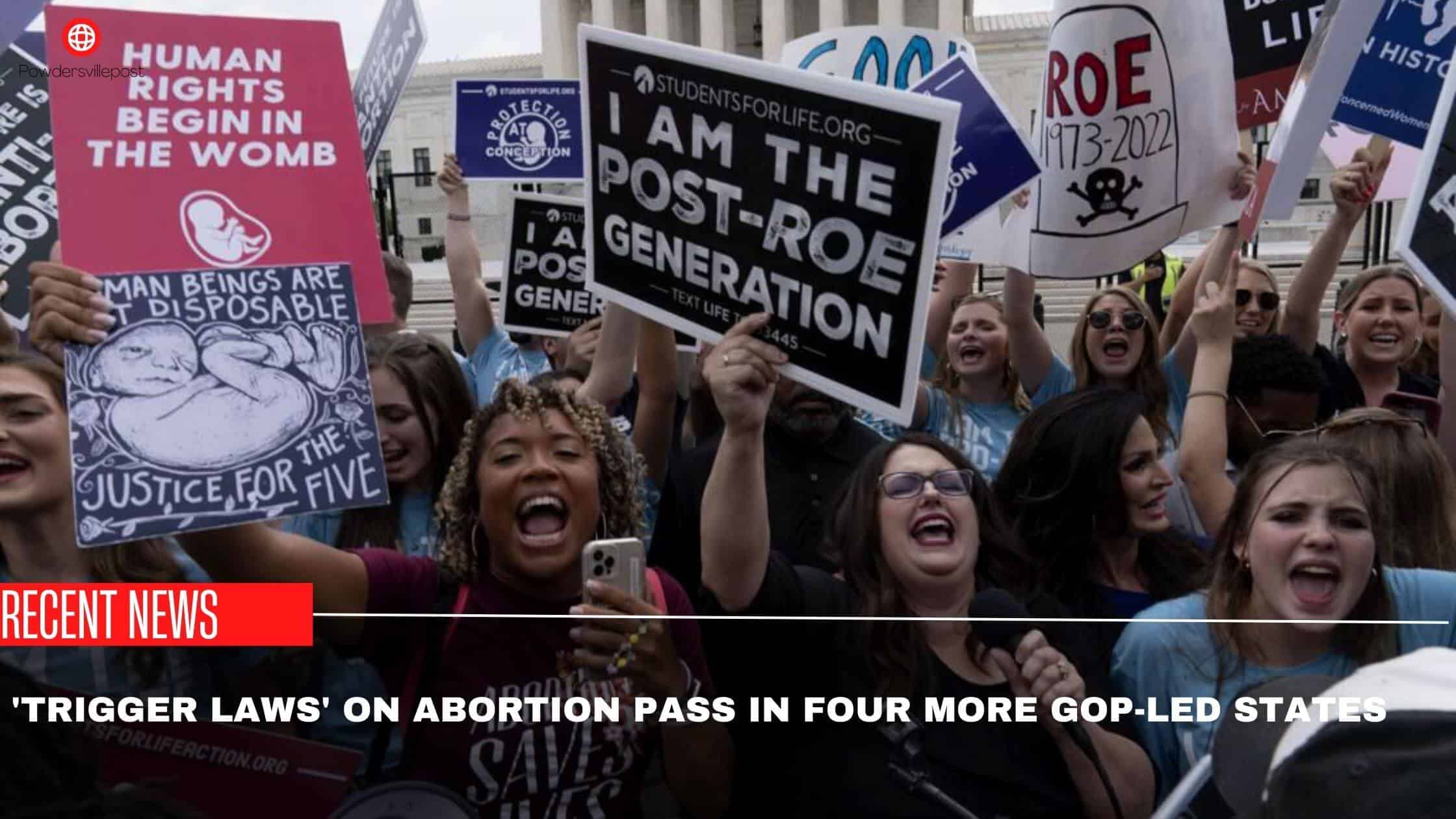 You all must be well aware of the decision of the U.S Supreme Court to overturn Roe Vs Wade. Row Vs Wade is a landmark judgment that supported the right to abortion and this judgment was passed by the Supreme Court in the year 1973. Despite many protests and public opinions this judgment was overturned on the 24th of June, 2022, banning abortion in many parts of the U.S. Overturning of Row Vs Wade implies over fifty years of abortion rights are overturned now.

On account of the implementation of severe legislation post the overturning of Roe. Wade judgment, four states including Idaho, Texas, North Dakota, and Tennessee banned abortion the past week, starting on 25th August 2022 and it is expected the abortion trigger laws will be in full force by the end of August 2022.

Procedures Regarding In This Matter

The formal procedures relating to the entering of the justices in the official judgment have been made this week upon which the abortion ban was implemented in almost thirteen states. Post the implementation of this Supreme Court judgment several courts in and around these states have been closed and patients are strictly blocked from accessing abortion procedures.

On the day of the Supreme court ruling, the clinics were officially authorized to stop the abortion procedure. You will not be able to find loopholes to escape abortion for rape or incest and the only time you will be allowed a loophole is when the woman’s life is in danger.  The abortion rule of the state will override any other federal law.  In the state of Idaho, abortions were considered illegal and the doctors who performed these abortions were susceptible to fifteen years of law risk in prison for felony convictions.

Post this ruling there were so many ads that stated this law could cause death to many women and outlined women no longer have the power to decide on their bodies and what is right for their future selves.

Today abortion has become an illegal activity and whenever one proceeds to abort except to save the mother of the child he will be deemed to have committed a felony. Although elective abortions up to twenty weeks were allowed post-fertilization in the earlier days, the facts have shifted today.  Almost theory cities of Texas are implementing this ban on abortion effective immediately.

If at the time of initial checkup you could not hear the heartbeat but on the day of the abortion, ideally two days from the date of initial checkup, the ultrasound catches up the heartbeat, you will be prohibited from aborting as per the latest laws in place. The trigger law has come into full force on 25th August 2022. Clinics have stopped performing abortion procedures for fear of facing jail time. The punishment for abortion could be extended to your whole life by a life sentence and you might also be expected a pay $100000 in most cases as civil liability. Under Senate Bill 8, you could also report on a person who has had an abortion post six weeks and you have the right to sue any private citizen.