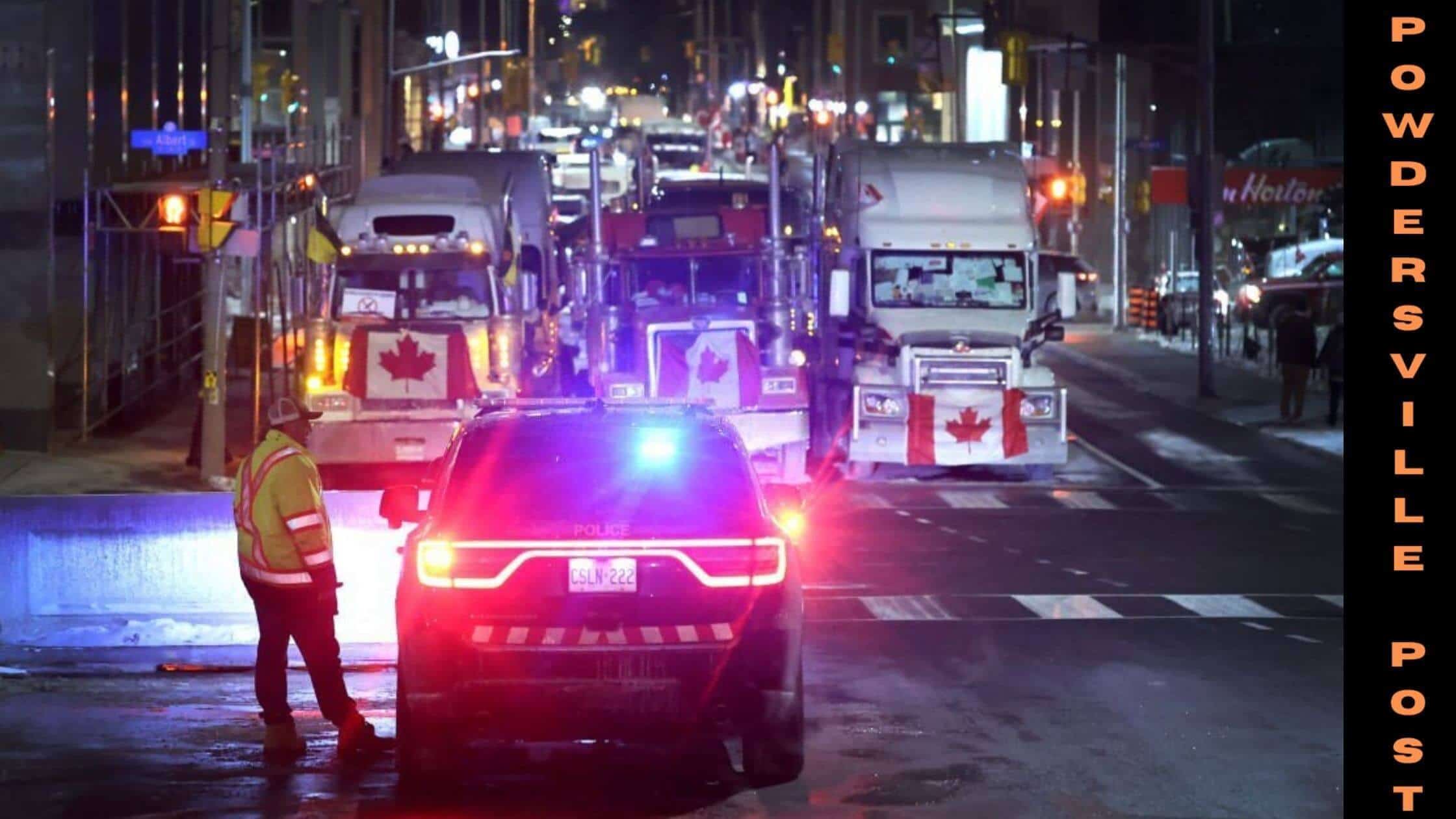 The truckers’ protest has gained a lot of attention in the past few days. The protest against the vaccine mandates has made truckers park their rigs in the middle of a bridge that connects Canada and the U.S, which has caused a hindrance to daily life and business. The State had gone into an emergency situation regarding this.

The Trucker’s Protest Against The Vaccine Mandates

A convoy of truckers en route to Ottawa, Canada from British Columbia protested against the vaccine mandate imposed by the Prime Minister of Canada, Mr. Justin Trudeau, for truck drivers entering America.

In the beginning, Mr. Trudeau had dismissed the case, saying they were a minority as the majority of Canadians support the authorized preventive health measures to reduce the spread of covid 19.

The truck drivers blocked traffic in Ottawa and later rendered the same protest in other parts of the state, including Toronto, Calgary, Quebec City, and on the bridge to Detroit, an important Bridgeway for the automobile industry. The protesters camped at the traffic sites with coffees and mittens.

The Canada services had temporarily closed the bridge, but there was still some movement as there was an alternate route to the entrance of the bridge, said the Windsor Police.

The U.S also witnessed some similar protests after the Ottawa one which also had online supporters. These kinds of anti-vaccine protesters have been establishing their ground and conveying the message with the aid of social media platforms.

Their main goal is to force the authorities and officials to go back to the pre-covid guidelines and disturb people’s daily activities and decelerate the economy.

These protests have harmed the general public who support the health measures given by the authorities. They have been getting full support from other anti-vaccine activists from around the world with online contributions of millions of dollars, but the GoFundMe company shut down their campaigns to raise money for this goal and said they would refund it all back for “unlawful activities”.

They are threatening the industries for supply chains with links in Canada and the United States. Although some of the trucking associations are not supportive of this protest, the truckers are still getting encouraged by other supporters.

The authorities have appealed for a court order to disband from the bridge or face a fine. The justice minister had also said in a statement that the protesters might face jail time for charges decided by the RCMP.

The local and national police were able to clear out some truckers from the protest on Saturday, but they have not been ordered to make any arrests. Some of the protest leaders have said that they will not depart until the Prime Minister announces the removal of all restrictions and mandates.

The federal government has agreed to send more officials to manage and help the blockade and some businesses have started using alternative routes to cross the border and are adjusting to the requirements.

Other necessary authorities have agreed to help and contribute to the movement of the supply chain networks.

The government is being warned of more protests in the future from several prominent countries like Australia, the U.S, Germany that have encouraged these protests since New Zealand and Australia have already witnessed some of the copycat convoys, and some truckers said they will be organizing similar convoys in the United States as well.