The protests in Portland have turned violent as Trump supporters clashed with people supporting the Black Lives Matter protests. This led to the killing of one person associated with the right-wing group on Saturday. Trump and Biden were quick to react on the issue and blamed one another for the violent protests.

Trump went on to call the rally participants as great patriots and put the blame on the Democratic Mayor of the city for the violence. On the other hand, Biden accused Trump of rooting for violence and chaos. 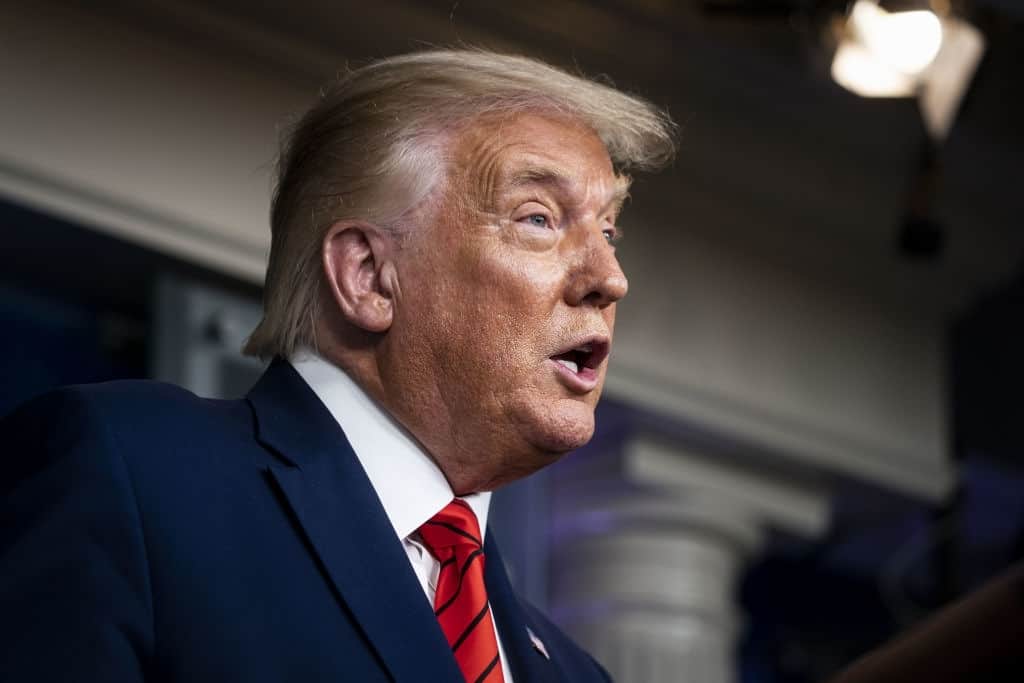 Biden was speaking during his campaign in Pittsburgh on Monday and said that the President is not interested in fighting the flames of unrest, but he is busy fanning the flames. He added that it is time to build and not burn.

The city has witnessed several clashes ever since the death of George Floyd, who became a victim of police atrocity on 25th May. The incident triggered nationwide unrest, and it even got wide attention from all corners of the world. The Black Lives Matter protests began soon after this incident and continue even to this day across several cities around the US. The movement got good support from several other nations.

The victim of the Portland shooting on Saturday has been identified as a supporter of the right-wing group Patriot Prayer, and the founder of the group has identified the victim. The accused in the shooting is believed to be an anti-fascist according to media reports.

However, police have not revealed the name of the victim or the suspect, and they have not even specified that the shooting was in any way linked to the clashes going on in Portland.

Trump was harsh on his remarks regarding the incident and said that Portland was in a great mess due to the Democrat Mayor. He even called the mayor a fool and warned that if the mess is not cleaned up, they will go in and clean up the mess. He also spoke against Biden and condemned his stance of not opposing the crime that is happening on the streets of Portland and other cities.

Biden did not waste any time to react to the comments of Trump and said that tweeting about law and order will not make Trump strong, and his inability to stop his supporters from getting into conflict shows his weakness. He added that Trump had become toxic for the people of America in the previous four years, and he has been poisoning the values of the nation.

The City Mayor also criticized Trump and said that he was instrumental in creating the hate and division in the first place, and he expects Trump to support the efforts or just stay away without creating further problems.

On Saturday, hundreds of Black Lives Matter protestors clashed with Trump supporters that led to violence across the city. Police said that they heard some gunshots in the locality and reached the spot to find a man with a gunshot wound on his chest. The victim was later identified as Aaron Jay Danielson by the founder of the right-wing group Patriot Prayer. The founder said that the victim was a good friend and supporter of the right-wing group. The group has been organizing rallies supporting Trump in several cities, including Portland, since 2016.

Over ten people have been so far arrested for the clashes that happened in Portland on Saturday. Such conflicts have now become common across the US after the Black Lives Matter movement started in late May. The incident was widely condemned even by global leaders, and they called upon Trump to deal with racism issues in the US.

Even as things were not looking good in several cities of the US due to the protests, another shooting happened in Kenosha in a similar manner. A black man was shot seven times by a police officer that led to several protests in the city. The protests took a violent turn, and a 17-year-old boy shot three protestors in Kenosha that left two of them dead and another one injured.

The shocking incident of police atrocity on the black man Jacob Blake was widely condemned by many leaders, and even many high profile sports teams called off their games to oppose the police atrocity. Kamala Harris even met the family members of Jacob Blake and asked the authorities to book the police officer for crime as he had shot an unarmed man seven times in the back.

Last week, the unfortunate incident took place when police were called by a woman to attend a domestic situation. Jacob Blake had gone to meet his girlfriend, and she called the police as he was not supposed to be on the premises. The police had an argument with Blake, and the officer shot him in the back seven times when Blake was getting into the car. The worst thing about the entire incident is that the children of Blake were inside the car and witnessed the shooting in front of them. He is currently undergoing treatment in the hospital and remains paralyzed as of now. Doctors have said that he may never be able to walk in the future.

Trump is likely to visit Kenosha in the next few days, and he had already sent the National Troops when violence erupted in the city. Biden also reacted to the incident and condemned how police had handled the situation. A judicial inquiry is ordered to look into the incident, and the city still remains under curfew.

Such incidents have dented the image of America as the divide is now more open than before. The elections coming close have also triggered the divide in a big way, with both political parties trying to make the most out of such conflicts for their gains. Trump has always accused Biden of remaining silent on the protests and tried to sideline the issue of police atrocity. On his part, Biden has accused Trump of not caring for police atrocities even when large protests are held across the country.