At a town hall meeting on Tuesday, President Donald Trump said that he never downplayed the threat from coronavirus and he in fact up played it. He had said earlier in a recorded interview that he wanted to play it down. During the 90-minute town hall meeting hosted by ABC News in Pennsylvania, Trump made it clear that in many ways, he overemphasised on the importance of taking action during the pandemic. 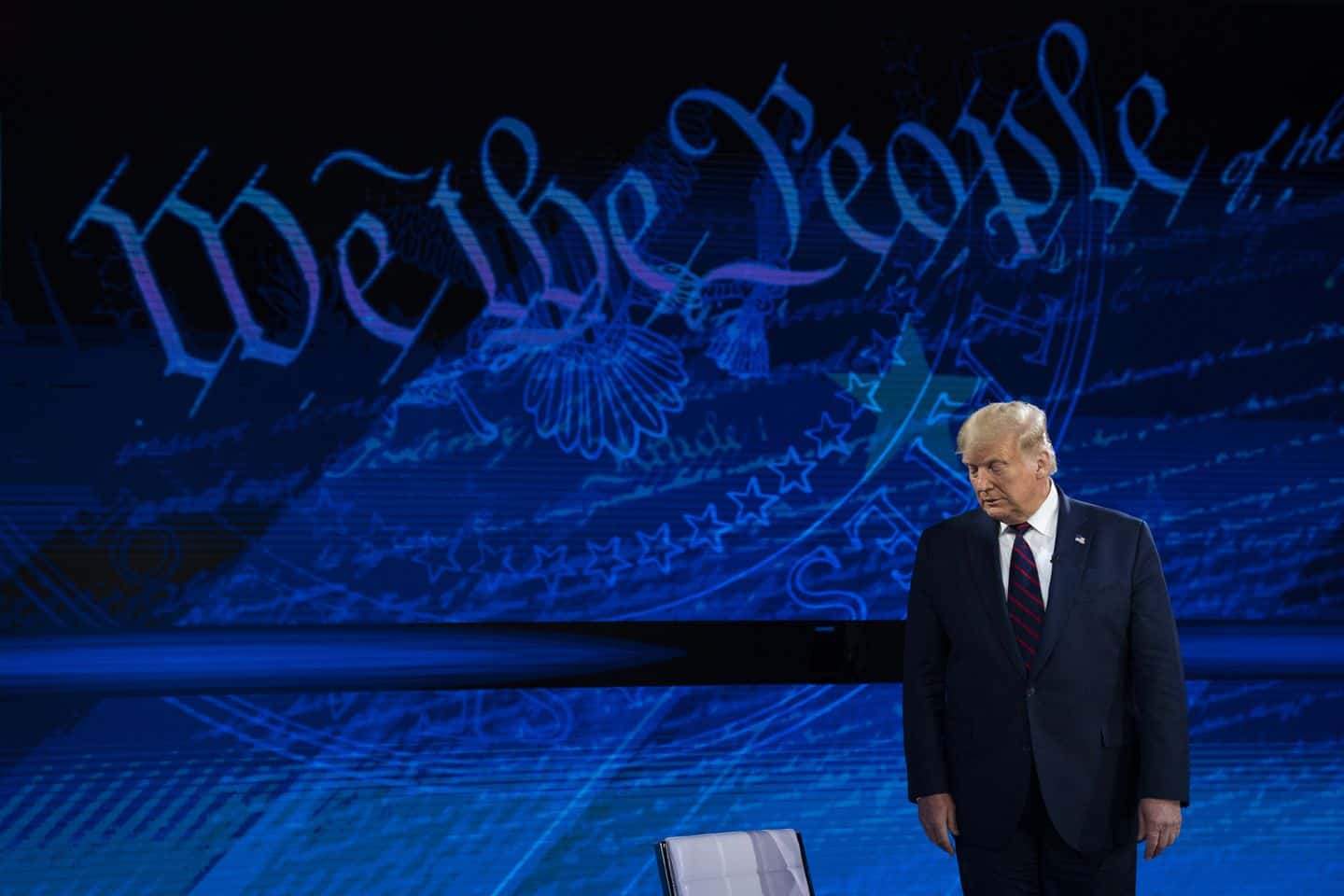 Answering a question from a journalist at the debate, Trump said that he always knew that coronavirus was more deadly than the regular flu and also contagious but continued to compare both of them so that people did not panic in that situation. However, Trump defended his earlier assertion about the herd immunity thing and said that you would eventually develop herd immunity and the virus will go away even without a vaccine. ABC News which organized the event said that it was aimed at uncommitted voters and not just supporters of Trump. The participants asked Trump about various questions related to coronavirus pandemic, economy, climate change and other current issues. This also served as a preview of what is going to come in the Presidential debates that are all set to start from the 29th of September. Trump will take part in the first debate with Democratic nominee Joe Biden on that day.

The town hall event was anchored by George Stephanopoulos of ABC, and he tried to push back on some claims made by Trump during the rallies and at White House in recent months. Answering a question about why he has not produced a health care plan to protect citizens with pre-existing conditions, Trump said that he was ready with a plan but did not reveal more details about the plan. He did not mention when and how it will be released. Trump also made remarks that many people thought that masks were not effective to manage the spread of the virus. When asked about who thought so regarding the masks, Trump answered that waiters thought that masks were not effective as they touch the mask and then touch the plates also, which makes it ineffective. Trump had insisted that he wants to play the pandemic down as he does not want to create a panic situation. At a recorded interview in March, he also mentioned that coronavirus is similar to flu, and both life and economy will go on without any shutdown.

The Democrats had severely criticized the remarks of Trump and said that the current President in charge of keeping Americans safe is talking about herd immunity and not understanding the seriousness of the situation. Andrew Bates, who is the spokesman of Biden, had said that this would lead to millions of deaths. Reacting to the town hall meeting of Trump, Ronald Klain, a former adviser to Biden, said that this shows the true nature of Trump who cannot even defend his own statements. He added that people are aware that this pandemic is killing Americans, and it has also led to job loss. Trump may lie, but people will eventually understand this, and they will not believe in his lies. Many polls suggest a tight race in areas like Florida and North Carolina. Trump carried Pennsylvania by less than 1% back in 2016. Talking about the suburban voters, Trump said that they are taking care of them and they are addressing the concerns of safety. He reiterated his key agenda was a law and order campaign.

Trump however secured a historic foreign policy victory on Tuesday as agreements formalizing diplomatic relations between Israel and UAE along with Bahrain were completed. The foreign minister of Arab states along with Israeli PM Benjamin Netanyahu joined Trump at White House for the signing ceremony. Teh campaigns starting on September 29 will continue until the end of October, and this will have some effect on the overall results. Many incidents in the recent past have exposed the weak areas of the government, and the Trump administration is not looking at a rosy picture. In many areas, Trump is lagging behind Biden according to polls, and even Trump does not look confident about the entire process as he had suggested to postpone the elections at one point. This shows that he was still not ready to face the battle, and the pandemic has not helped him in any manner as most people are angry with the response and relief measures taken by the government.

To add to his woes, many businesses are not doing well and more than a quarter of them have shut down due to the pandemic. Even those that have started running are not running to their full capacity, and job cuts are rampant across the country. Schools and educational institutions were shut for the most part of the year, and they are struggling to reopen due to several restrictions imposed by the healthcare authorities. Given this situation, nothing is running in proper order throughout the country, and Trump has a difficult time to convince voters for a second opportunity. Biden, on the other hand, appears little composed as he heads into the election. Another thing that is working in his favor is that there is nothing to lose as he can make several promises to the voters. However, Trump has the burden of defending his actions in the past tenure, and he is having a difficult time explaining all the actions taken during the pandemic season.

Yet another point of concern for Trump was the mail-in voting system, and he openly opposed such methods as he felt that it would lead to fraud during elections. At one point, he even said that external forces would try to influence the elections in that situation. However, his views were criticized as the government departments said that they were capable of handling a fair election even with mail-in votes. As the pandemic is still raging across many states, more numbers of voters are expected to choose this option of sending votes by mail.