President Trump planned to make a reelection campaign mainly focused on the soaring economy at the beginning of 2020. Simultaneously, the COVID-19 pandemic began, and now his response to the same has been primarily defined when American hear to his presidential campaign. 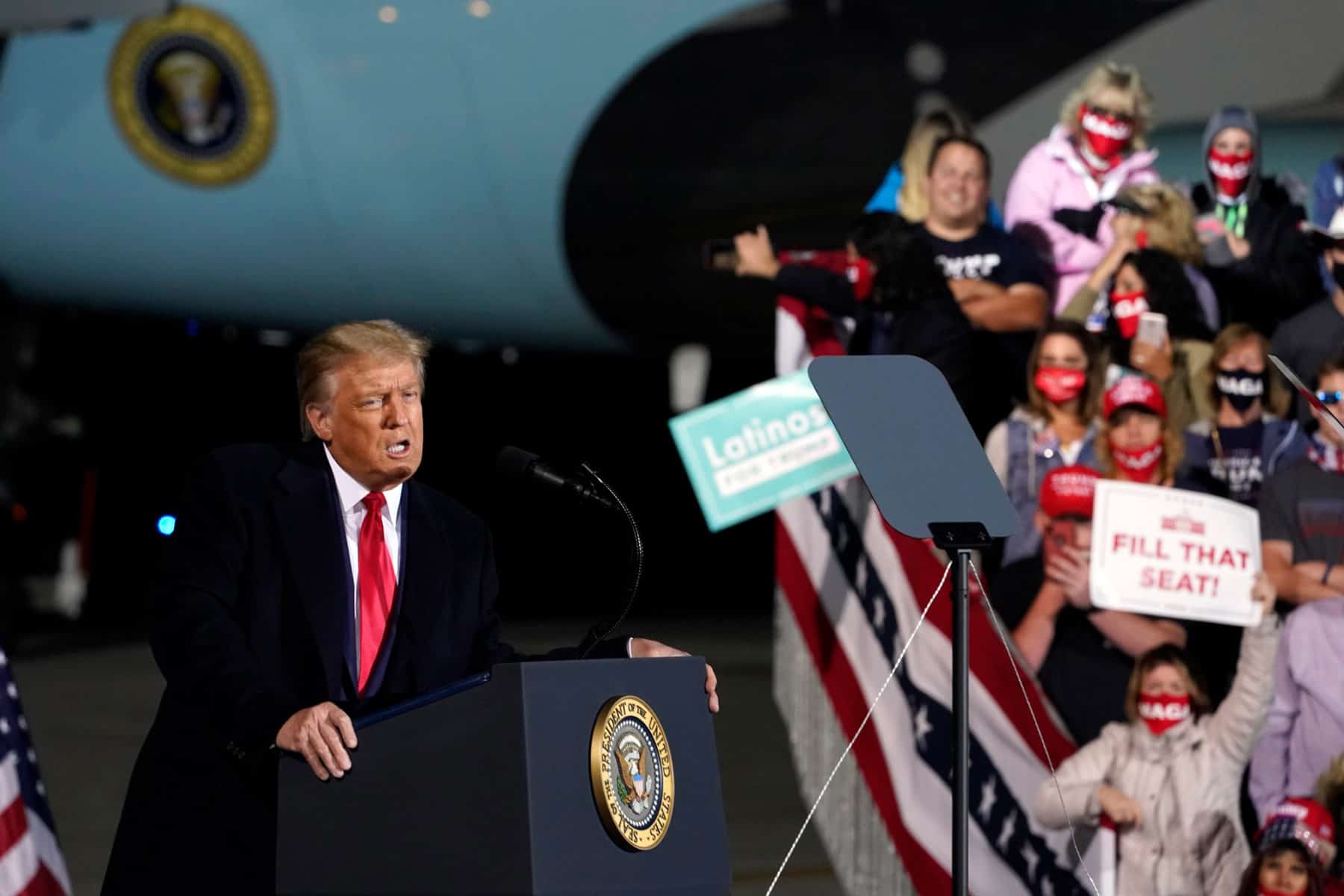 A project from CNN, SSRS, and researchers, The Breakthrough analysis from the University of Michigan and Georgetown University, is now keeping track of what Americans heard. The analysis also focused on what they saw and read about every presidential candidate from early July. It has shown that coronavirus was the top word heard and mentioned when it comes to the President in nine of the last eleven weeks. In the analysis, respondents were asked, “What have you heard, seen, read in the last few days from Donald Trump.” and “What you heard from Joe Biden from the past few days?” The order was no maintained when they asked these two questions, and most of the time, they randomized it.

The Breakthrough One of the dominant topics connected with Trump was the pandemic. When he spoke, different aspects of the pandemic have fallen and risen in the public disclosure all these 11 weeks. If we have to list out, then some of the various topics listed and surveyed are experts, masks, vaccines, advice, and some other new revelations. The recent revelations he made were all towards decreasing the severity of the virus at the beginning of the pandemic. In early July, at the beginning of polling, Trump majorly focused on mask-wearing. So, the most appeared word or heard was a mask. Hence it comes on the list of top ten words in the first four weeks of polling.

In late May, he visited a Ford plant in Michigan, and he mentions that he was wearing a mask during his visit. But, in the middle, he refused to wear a mask, but federal public authorities started encouraging people to wear masks, grabbed headlines for weeks. When coronavirus spiked in early July, the mask word was not on the top, and later it disappeared even from the top 20 most used words. It was not on the list of most used words associated with Trump by mid-August. There was one more coronavirus related issue existed, and it was at the beginning of polling in July, and it concerned experts. Among others, Deborah Birx and Drs. Anthony Fauciwas also concerned about the issue. At the beginning of the polling project, many started mentioning Fauci, especially in the week before July 19. Bu then, Fauci started contradicting most of the statements from the President that were made regarding the virus.

But, now Fauci’s name is not on the list, and his mentions were disappeared entirely. His name was not found on the top 50 words used by President Trump in the last six weeks. When the talk about experts started decreasing, the discussions about possible vaccines and remedies for the virus have increased. Hydroxychloroquine achieved a place among the top 50 words used by Trump during early August. It was soon after his son Donald Trump Jr.’s tweet that promoted the drug as a treatment for COVID-19. But, later, Twitter removed and flagged the video as misinformation. On the same day, Fauci quoted ABC’s that “Good Morning America” and he informed that clinical trials done for hydroxychloroquine shows that it cannot be an effective remedy for the virus.

By late August, more and more Americans started discussing potential vaccine to the virus. It was soon after Trump’s statement that said, “The US may approve vaccine by the year-end.” After that, he claimed, by the end of October, a vaccine for the virus will be approved. So, vaccines continued to grab a significant portion of the polls that are related to coronavirus-related mentions. Later, public health and vaccine experts revealed there is no chance to approve the virus before the November 3 election, and till 2021 it will not be available to the public widely. By early August, more and more mentions were started about the number of cases and the total number of deaths due to coronavirus. The same remained steady, and it took the top positions among most words used in the period. On Tuesday, the US reached 200000 deaths, and at the same time, the polling period has ended.

From mid-July to mid-August, stay at home orders took the most significant part in conversations. This was when the country was focused entirely on reopening, but most of the experts had concerns about some states are taking reopening decisions quickly. Bob Woodward’s book released recently, “Rage,” has become the coronavirus subtopic and most mentioned topic as per the survey. Later it went from fifth place among the most mentioned topic in September to top position last week. Other than these subtopics, there are many more words used about coronavirus. There are a lot of phrases as well that responders started mentioning when they talk about Trump. Some of them include the words and phrases said less than fifteen times by both candidates and go to the period of biggest week for the word. ‘Hoax’ used by candidates became one of the top words in the category which is used by Trump, and he referred into coronavirus, but it is an offensive racial term.

More than one among five surveys mentioned coronavirus when asked about what they have seen, heard, and read about President last week. Meantime, the virus was said more than once, and it takes the second position. ‘Lie’ is also used as often as a virus, and it comes under the oft-uttered word list. The survey also measured sentiment for both Joe Biden and Trump. It tracked both negative and positive mentions for both former Vice President Biden and Trump. The survey assigns a number for both of them for sentiment in each week. Considering the most recent week of polling, overall sentiment stayed steady for Trump. But, the same dropped significantly when he started mentioning coronavirus. Compared to Trump, the topics related to mentions of coronavirus and Joe Biden was more concentrated. Respondents mostly focused on masks when they commented on what they heard about Biden. Mask was also one of the most mentioned topics from Biden from the beginning. About Joe Biden Americas also referred testing for the virus and stay at home orders.