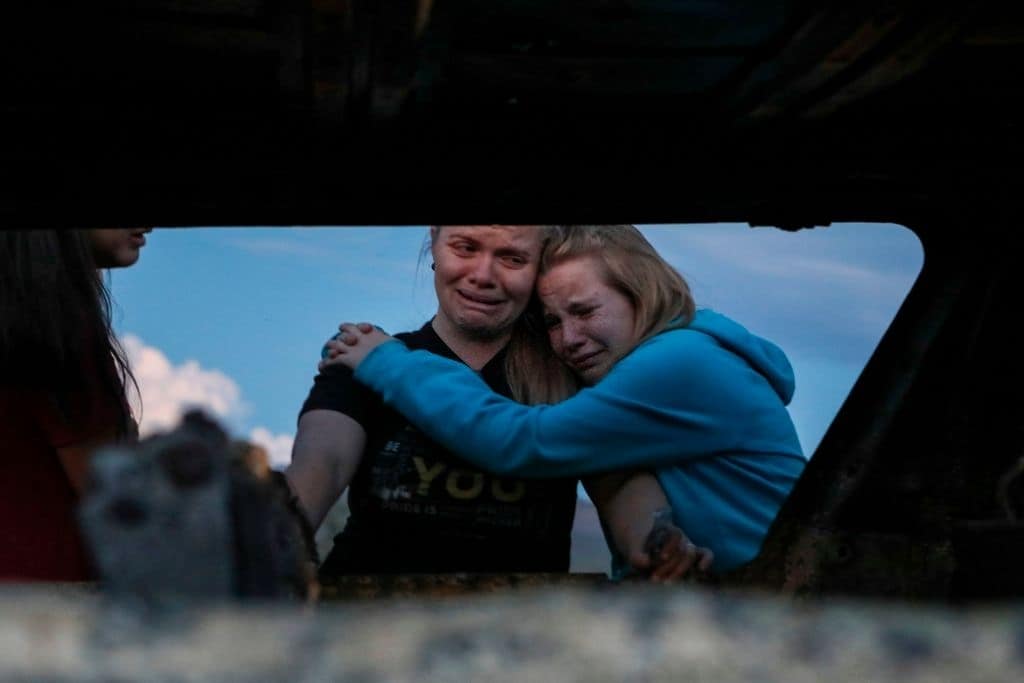 On Sunday, authorities were searching the gunman. The gunman shot two deputies of Sheriff’s, and it was in an apparent ambush. It happened a few hours later when hundreds of demonstrators gathered for the protest, and Dijon Kizzee died by one of the members in Sheriff’s Department.

Alex Villanueva, Los Angeles County Sheriff, expressed frustration regarding anti-police sentiment. He also requested people to pray for the police officers. He stated regarding the shooting, “It is now pissing me off. The act was cowardly.” There was a video released by Sheriff’s Department. In the video, a person walks up to a patrol car that is parked near Metro Station on Saturday at 7 p.m. in Compton. After opening the fire, the person runs from that scene. Later Villanueva added, “The deputies, a 24-year-old male, and 31-year female were shot a lot of times, but they were in a position to radio for help.”

Both the deputies are now in critical condition and treated at St. Francis Medical Center. On Sunday, when he was in a conversation with local religious leaders, Villanueva said “Even though there was grave adversity, they performed in best and admirable fashion. God, please bless them, and I hope they will recover.” There were more protests when Villanueva was in a press conference near the hospital a few hours later. The department later tweeted, “The protestors were blocking the entrance as well as the exit of the hospital’s emergency room. They started yelling, ‘we hope they die.’ They were referring to two LA Sheriff’s officers ambushed today. Please do not block entries and exits of the emergency room of the hospital. Since an ambulance cannot get through, people’s lives are at stake.”

Later deputies were not able to control, and they issued a dispersal order. They also referred to the protest was ‘unlawful assembly.’ The protestors were blocking the emergency room, and it is unlawful since they were not allowing or making a path to ambulances. They blocked both exit and entrance of the emergency room, as reported by the Sheriff’s department. In the protest at the hospital, two people were arrested. But among two, later, they determined that one of them is from media. The department reported in a statement,

“One of the protestors was refusing to cooperate and comply. When we were arresting him, a struggle ensued. At the same time, there was a female adult who ran towards the deputies. She was ignoring even after repeated commands from the officers to stay back. She moved towards them when they were struggling with the male, and she interfered with the arrest.” The woman was Josie Huang, as identified later. She is a public radio reporter from KPCC and LAist, but she initially refused to identify herself as part of the media. Even later, even though she identified herself as media, she doesn’t offer proper press credentials, as per the statement by the department.

But, later, LAist reported that Josie Huang’s phone continued to film, and finally it was knocked out of her hand. In the video released, she was continuously identifying herself as part of the media, and she was yelling. LAist reported, “She was yelling in the video and screaming ‘you are hurting me.’” She was wearing a lanyard that had a press credential, as per the outlet. The video released by ABC7 shows that five officers were holding Josie Huang. They had her to the ground when they handcuff her. Later they took her to patrol car. On Sunday, Huang cited for obstruction and released in the morning.

Later, on Twitter, the video from the shooting was posted by President Donald Trump. He commented, “Animals that could have hit hard.” The wounded officers on the incident were graduates from the academy before 14 months, as reported by Villanueva. Meantime, Kent Wegener, Sheriff’s Capt. stated that officers were in the process of blanketing the area, and they are searching for the suspect. Kent Wegener added, “We now have an extremely generic description.” Before a few hours, there were at least two hundred protesters. They gathered to protest against the fatal shooting of Kizzee. He was a Black man, and he was riding a bicycle. Later he was stopped by deputies, and there was no specified code violation. But, later in a statement, the Sheriff’s Department said, ‘Kizzee abandoned his bike, and he fled on his foot soon after he saw Sheriff’s cruiser that was making U-turn and it was heading towards him.’

Kizzee was encountered by deputies, just a few blocks away, at the time; Kizzee punched an officer in the face, reported by the department. Meantime, there was a handgun in his jacket, and it dropped down. The pistol fell when Kizzee dropped his jacket. Deputies thought that Kizzee might try to reach out to the gun, and hence they fired. As per a statement by the deputies, in the expectation that Kizzee will pick the handgun dropped from his jacket, they fired him. There was a video released by lawyers after his death, and it was about Kizzee’s family showing a scuffle, and a person was running away. The videos also revealed that deputies were at a considerable distance when they fired Kizzee.

Now, the family members and community activists believe that Kizzee was unarmed when he was fired. Deputies shot Kizzee at his back when he tried to run away, and he was unarmed at that time. Protests were going on, and there were at least two hundred people involved in the protest. A few hours later, when hundreds of demonstrators were gathered for the protest, and they were Dijon Kizzee’s death, two deputies were shot. Los Angeles County Sheriff, Alex Villanueva, showed frustration towards the anti-police sentiment started after Kizzee’s death. Now, two police officers are getting treatment at the emergency room in the hospital, and he urged people to pray for their recovery. Even at the hospital, there were protestors arrived, and they were blocking both the exit and entrance of the emergency room. They were not allowing ambulances, and they were yelling that officers should not survive.