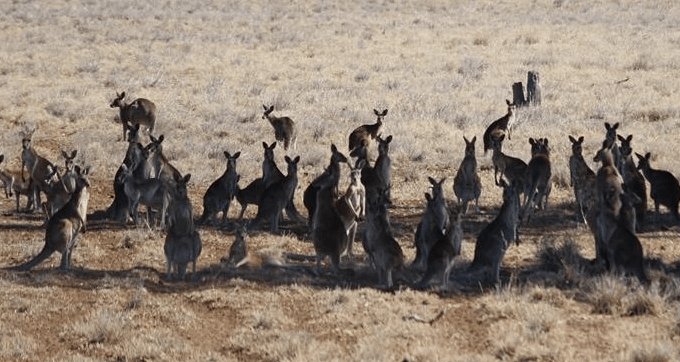 A bill to ban the sale of kangaroo meat and skin has been introduced by U.S Congressmen this week, which can be a threat to Australia’s kangaroo trade.

The bill focuses on the permanent halt of the sale of kangaroo skin or ‘k-leather’ which is used in the country on the production of football boots.

The action was the output came from the Kangaroo Protection Act, developed by two Congressmen, Salud Carbajal, a representative of the Democratic party from California, and Brian Fitzpatrick, who represents the Republican party from Pennsylvania.

Since 2016, the state of California has already banned the import of kangaroo products, where Carbajal belongs.

Mark Pearson, the Animal Justice Party’s Mp of New South Wales, remarked it as a shake-up of Australia’s kangaroo trade.

Mr. Pearson said that the matter is another situation of international disgrace and embarrassment in Australia since overseas countries are taking ethical decisions for the way Australia treats animals. The U.S bill is extremely significant to make a considerable impact on the industry. He added that it is just a matter of time for the rest of the U.S to follow what California had initiated years before.

He said that in markets like the U.S, there is no place for Kangaroo Products. He further added that kangaroos are their nation’s icon which is in their coat of arms. The industry is also doing the largest slaughter of mammals that dwell in the lands of the world.

Pearson continued that it cannot be continued in the backyard of Australia, since the country had just finished the bushfire that resulted in the wipeout of billions of animals.

The executive officer of the Kangaroo Industry Association of Australia, Dennis King said that the bill introduced by the U.S Congress is misguided since no threatened species of kangaroos are commercially slaughtered in Australia and none of them are being harvested for their hides.

King said that the hides of the kangaroos come off as part of the processing of Kangaroo meat for both human consumption and pet food. He continued that in Australia, there are 50 different species of kangaroos, among which the law permits the harvest of six that are abundant in the country.

According to King, nearly $200 million is made in the country in a year. 3,000 people are being employed in the industry who are natives to the country and live in remote and rural communities.

Mr. King has the same opinion that the U.S bill can bring a large impact on the industry, most probably, destroying it. Since the bill reduces the opportunities, the skins would end up being widely left to rot.

Australian officials have started their attempts to stop the bill already. They arranged a meeting with the Federal Trade and Agricultural Minister for sooner.