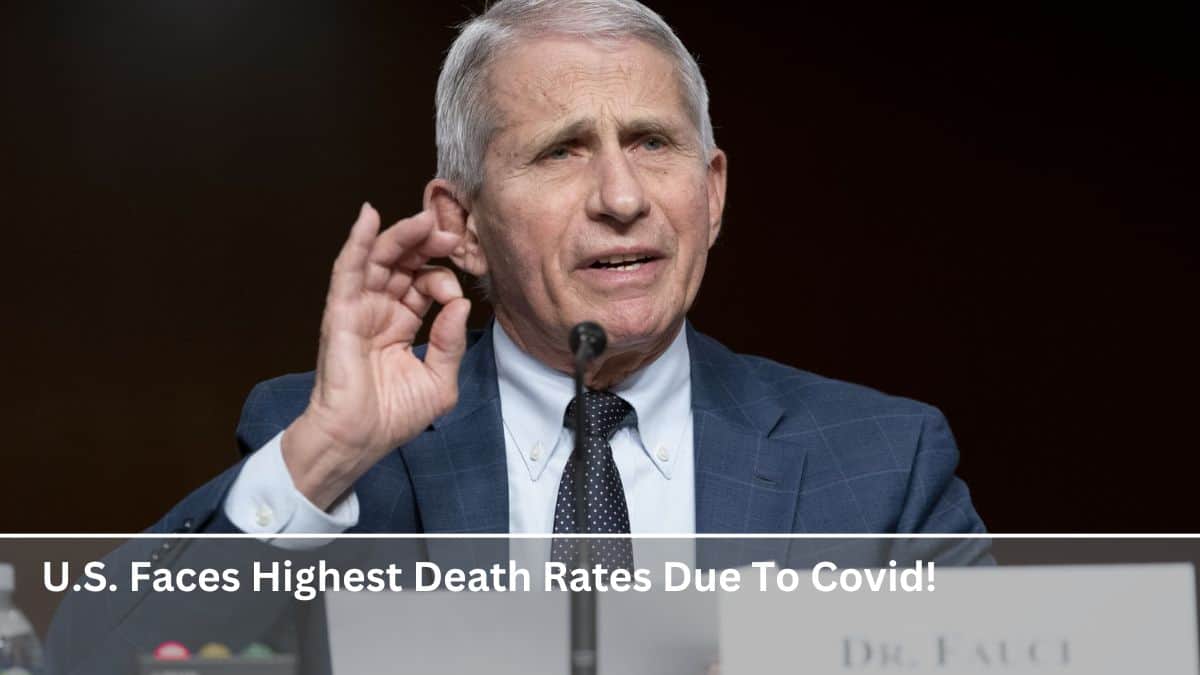 Dr.Anthony Fauci, White House Chief Medical Advisor has warned that the US is facing tough times as Covid deaths remain high and other infections like Respiratory Synciatic Virus (RSV) and common flu are also spreading at a high rate filling up hospitals. New omicron variants are also on the rise and they are resistant to antibodies.

Fauci said that the US is at a crossroads here as winter is setting in with multiple infection threats on the rise. Fauci was speaking on a radio show “Conversations on Health Care”. He said that the new variant Covid sub-variants can be resisted using natural immunization from BA.5 infection or the new booster vaccines for healthy people.

Covid Mortality Remains Too High, And New Omicron Variants Bloom In The U.S

But the health officials express concern over the sub-variants causing problems for immunocompromised people who have been treated using antibody therapies like Evusheld. Among the sub-variants of Omicron, BQ.1 and BQ.1.1 are of the most concern as they are resistant towards Evusheld and are on a sharp rise in the US.

According to the Centers for Disease Control and Prevention (CDC), almost 27 percent of new covid infections are caused by BQ.1 and BQ.1.1. The BA.5 variant has reduced to 50 percent in the last few months. Fauci said that the number of covid deaths was around 400 per day and around 2,600 per week. This was not an acceptable level. This has to be controlled and only after that can we declare that the pandemic situation is over in the US.

The US is expected to have a severe season of infections as cases of RSV, common flu and influenza are also on the rise. Many schools in different states had also been shut down for weeks because of the high spread of infection. Fauci said that hospitals in the US can face a “negative trifecta” where three major infections could come back to backfilling up hospitals and putting pressure on the healthcare system as a whole. The RSV infections have already been causing stress for pediatric departments throughout the US as it is causing more problems in young children and infants.

Young Kids And Seniors At Risk Because Of Covid!

In healthy children and adults, RSV doesn’t show any sort of complications. There are no preventive measures like vaccines for RSV yet though Pfizer is in the process of developing a vaccine that seems to show high success rates in preventing severe illness among newborns.

But new booster shots for Omicron and vaccines for common flu are available widely and health officials are asking people to get the shots at the earliest. There was a major virus outbreak back in 2017 when almost 52,000 people died and around 700,000 were hospitalized according to the data of CDC.

Fauci also warned people to take necessary precautions while going to indoor social gatherings in the winter season. He said that rapid covid tests should be taken before meeting potentially vulnerable individuals. Health officials are also urging citizens to wear masks whenever they are in a crowd or meeting with people and to keep practicing the safety protocols like sanitizing hands and keeping safety distances in public places.

The US is on the verge of a “tripledemic” as more and more cases of RSV and flu are increasing each day with several states finding it difficult to meet the rise in demand for hospital beds and services. This has further worsened as healthcare workers are also going on an exodus choosing other professions to sustain themselves. The healthcare system has been causing immense stress on its workers for the past two years because of the advent of Covid and now other forms of viral infections.