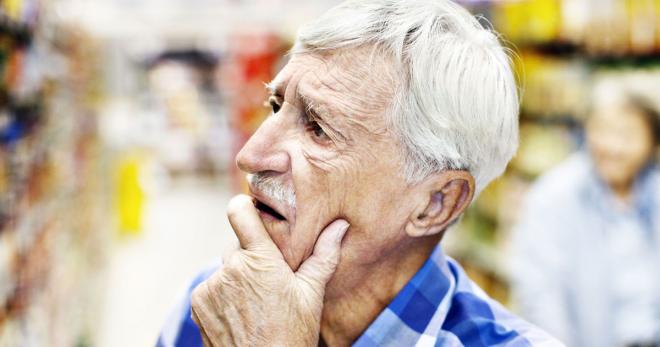 The metals were identified in postmortem brain samples from two people with Alzheimer’s disease by an international team of experts.

Many enzymes that catalyze chemical processes in cells require metal ions, which are metal atoms with a net positive charge after losing one or more electrons.

These positive ions can remove electrons from other molecules, causing them to oxidize.

The deposits of copper and iron found in the brain tissue of Alzheimer’s patients, on the other hand, were in their elemental, uncharged state.

These are extremely reactive metal atoms that, under normal conditions, would oxidize quickly to produce more chemically stable ions.

Until now, scientists have only found elemental metals like these in bacteria, viruses, and plants.

The metals were discovered within beta-amyloid plaques, which are protein aggregates that are a characteristic of Alzheimer’s disease.

Previous studies have connected alterations in copper and iron metabolism in brain tissue to neurodegenerative disorders, such as the development of amyloid plaques in Alzheimer’s disease.

Because the small deposits of elemental iron discovered in the latest study were magnetic, clinicians may potentially utilize them for diagnosis or as a marker of illness progression.

To scan the brain tissue, the researchers employed extremely strong X-rays from the UK’s national synchrotron Diamond Light Source and the Advanced Light Source in California.

The concentrations of elemental iron and copper discovered by the scientists were on the nanoscale, which means they were 10,000 times smaller than a pinhead.

According to co-author Joanna Collingwood, Ph.D., who heads the Trace Metals in Medicine Laboratory at the University of Warwick, this is a fascinating and unexpected discovery made possible by the sensitivity and precision of the synchrotron techniques they used to study these human-brain-derived samples.

They know that certain biological systems may create elemental forms of metals, therefore it will be critical to determine if they originate through comparable but previously unknown routes in humans, or if the metallic forms arise as a direct result of sickness, she says.

Because elemental metals are so reactive, they might cause nerve tissue injury, therefore the brain may lock them up inside the plaques to prevent this.

According to co-author Neil Telling, Ph.D., professor of biological nanophysics at Keele University, it is quite possible that beta-amyloid inhibits the elemental iron and copper from oxidizing.

These elemental phases are very reactive to oxygen, therefore the fact that they can be measured using X-ray microscopy indicates that their oxidation status has been stabilized in some way, he noted.

He told Medical News Today that there is some evidence that soluble beta-amyloid may cluster into insoluble plaques in Alzheimer’s disease patients’ brains to prevent reactive metal atoms from harming surrounding brain cells.

Prof. Telling stated that the environment’s nanoparticles of elemental iron and copper would oxidize.

He and his colleagues performed further control tests on such particles, and they discovered that they oxidized during sample preparation and evaluation.

Indeed, their inability to keep these metal standards from oxidizing makes the discovery of elemental iron and copper in amyloid plaques all the more surprising, according to Prof. Telling.

The study team will then seek metallic nanoparticles elsewhere in the brain, as he said.

If they are exclusively found in amyloid plaques, neuroscientists will be able to find out what they are doing there and what function they play in Alzheimer’s disease.