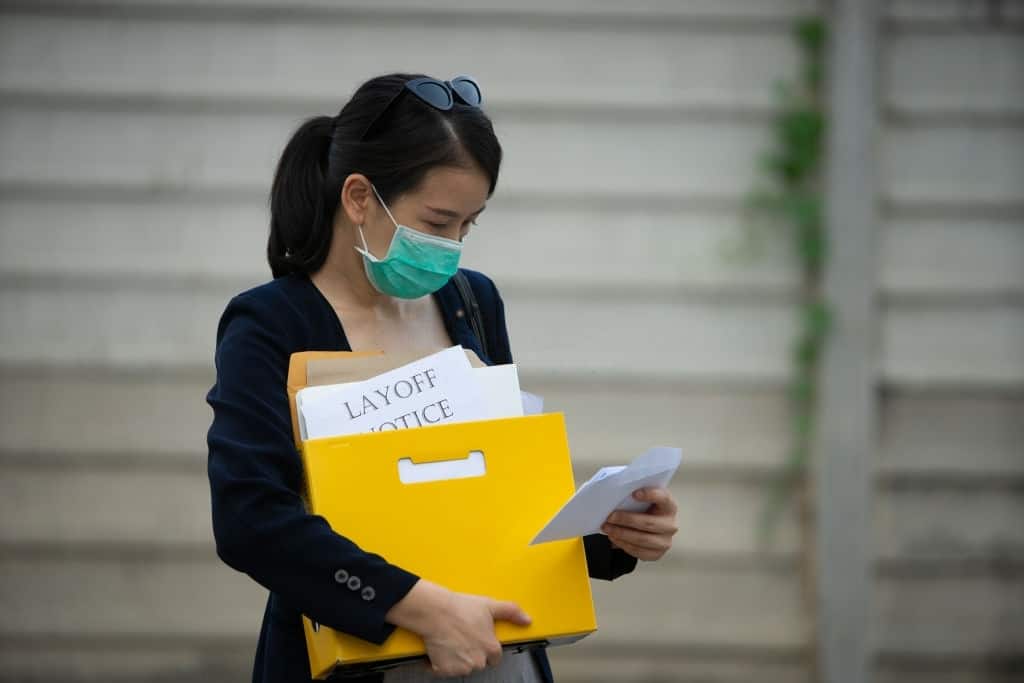 As the economy continues to remain subdued due to the coronavirus pandemic in the United States, the number of people out of work and seeking assistance has increased in the last few weeks. According to reports from the Labor Department, about 1 million people filed for initial jobless claims. This was, however, in line with the forecasts made by several economists.

In the last 23 weeks, more than 58 million people have sought help for the first time, and this is only a rough indication of the overall situation. It goes without saying that millions of people across the United States are struggling to pay rents and other bills. Many of them are not even having enough for everyday groceries, and this has become a huge cause for concern.

Analysts say that there are other issues apart from layoffs that need attention in this scenario. The slow pace of retiring workers is now a major cause for concern other than layoffs. Already six months have passed with such problems, and food insecurity is at elevated levels across the country. Experts warn that the situation can go bad if the authorities do not pay attention to pandemic relief.

Most businesses are in no hurry to reopen on a full scale as spending is not yet improving across the country. Many people believe that the pandemic may continue to haunt for the next few months, and they are not willing to spend much during this situation. Only essential commodities are seeing good sales, and the non-essential commodities are still stuck in the stores.

As some businesses continue to open at a slow pace, the number of unemployment claims is moving up and down every week. Last week it was around 1.1 million and this week showed some improvement with just over a million claims. However, it is way higher than the previous record high of 695,000 unemployment claims made during the 1982 recession.

The problem is going beyond control as most people have not seen anything like a recession in the last few decades. In this regard, they were not prepared to handle this pandemic, and they were left without much savings. This situation has exaggerated the current crisis, and many renters and homeowners are finding it difficult to meet their monthly obligations. The risk of losing jobs means that more people are not spending, and the overall growth of the economy is also taking a toll due to this pandemic.

The overall number of coronavirus cases seems to have flattened to some extent after showing peak levels around April. However, some parts of the country, including North Dakota and South Dakota are showing increasing numbers in recent weeks.

There is some progress with regards to the vaccines, but it may take another few months till we get a clear picture on the results. Most experts in the medical field expect some positive news regarding vaccines by the end of this year. The infection rate has somewhat slowed down in many parts of the country, even as businesses reopen slowly. However, the reopening of schools and colleges may trigger a fresh wave of infection in the near future. Considering this risk, the hospitals have to be well equipped to handle more cases in the next few months.

The survey conducted by the Mortgage Bankers Association is not showing encouraging numbers. It estimates that nearly 3.6 million homeowners are in forbearance wherein lenders have reduced mortgage payments for struggling borrowers. The high level of jobless claims and unemployment insurance is a major cause for concern, and this indicates the challenges faced by many households across the United States.

The situation of renters is not as great as many of them face eviction. According to a note released by Oxford Economics, nearly 15 million renters face eviction as the promised protections are not rolled out from the Trump administration. The administration offers vague protections, and renters need direct financial assistance apart from getting an extension for the July 24 moratorium.

Many people are dependent on such grants, and the government should seriously work on some relief measures at the earliest to avoid a major crisis. The pandemic has affected every section of the society, and people across the country are in need of some relief measures.

When it comes to the relief package, Congress is still not able to reach an agreement on new aides, and the extra $600 provided weekly ended in July. The size of weekly benefits has reduced even as more people are seeking unemployment benefits.

The unemployed workers who get less than $100 in state aid will not qualify for the additional benefits provided by the federal government. The Trump administration has issued an aid of $300 per week as part of the federal assistance for unemployed workers during this pandemic situation. However, the Democrats want to have the extension of a $600 a week grant till next year.

In this situation, at least 1 million people receive only state unemployment benefits according to this order. The situation of others who receive an additional $300 is also not so good as many states are not able to pass on the benefits in a timely manner. Most states are not yet ready with the systems to pass on such benefits as they need to reconfigure the systems. This has led to long delays, and only Texas, Arizona, and Louisiana have rolled out such benefits among all other states.

According to experts, the additional benefit of $300 per week provided by the Trump administration will halt the unemployment rates in the first week of August, and they can continue to maintain the rate for another 4 weeks. After that, there is a need for additional packages, without which many people will struggle to pay rents and other bills.

According to Oxford Economics, this is also going to affect consumer confidence and spending in the near future. The additional benefit of $600 will cut unemployment insurance benefits by as much as $45 billion.