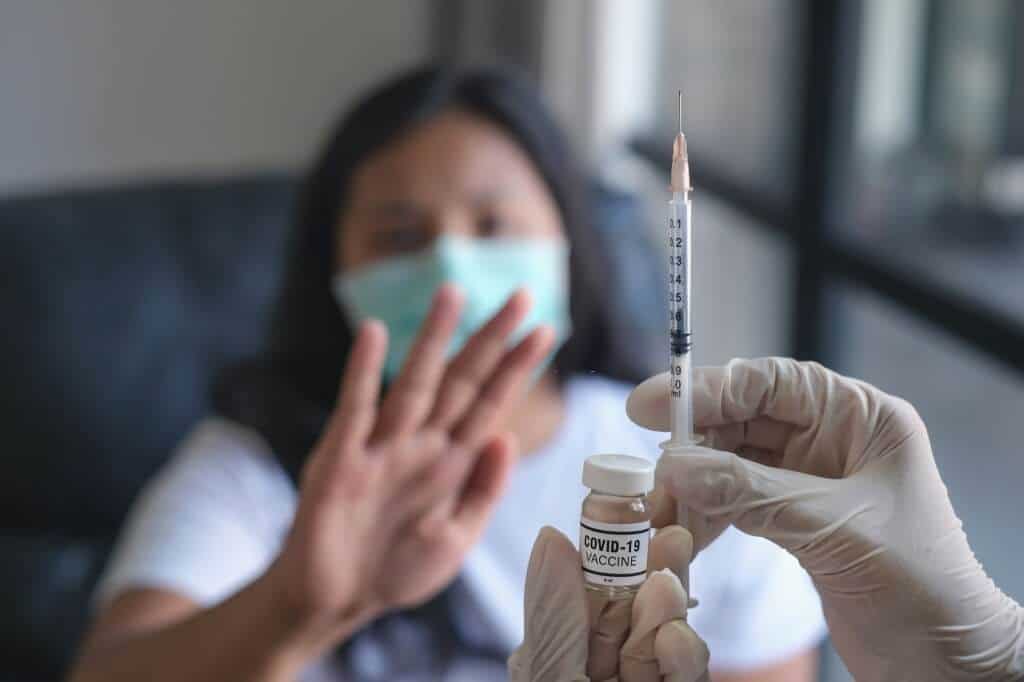 A study published by the US Centers for Disease Control and Prevention on Friday said that unvaccinated people have an eleven times higher chance of succumbing to the infection and are ten times more prone to hospitalizations.

Unvaccinated Are Eleven Times More Likely To Succumb To The Virus

The director of the Centers for Disease Control and Prevention, Dr. Rochelle Walensky, said that the country is equipped with scientific tools to turn around this situation. Vaccinations are effective and they save us from severe coronavirus complications and hospitalizations.

Walensky, citing the study, said that those who didn’t take vaccine shots were at a four and a half higher risk of getting coronavirus infection.

Experts and health officials are struggling to curb the pandemic as more than 75 million people who are eligible to take the vaccines remain unvaccinated and hospitals all over the country are overwhelmed.

The National Institute of Allergy and Infectious Diseases director, Dr. Anthony Fauci, said that one thing they know for sure is that 160,000 cases per day are not where the country should be. And unfortunately, that is exactly where the nation is today.

Fauci spoke to Axios where he said that curbing the virus is the only way to reach the pandemic’s endgame. He said that the country would push cases as low as possible, but the goal can’t still be lower than 10,000 each day.

According to data from Johns Hopkins University, mid-June saw only 11,000 cases per day, which was before the highly transmissible delta variant took its toll on the country.

Biden, hardening his tone for the unvaccinated Americans, said that the government has been patient but their patience is wearing thin and the people’s refusal to take the shots have cost the country. Despite ample proof that vaccines are effective and safe, millions of eligible people remain unvaccinated.

Vanderbilt University Medical Center in Nashville’s Dr. Todd Rice said that this move was necessary. He said that the staff of his hospital has been pushed to an edge and he is concerned about cases further rising in winter, where we report most respiratory problems rates.

Talking to CNN’s Jim Sciutto, Rice said that the only key to get out of this is to get vaccinated. It is important to take steps that increase vaccination rates.

The Children’s Hospital Of Philadelphia’s Vaccine Education Center’s director Dr. Paul Offit said that President Joe Biden’s move was important and he put his finger in the right direction.

Medical analyst of CNN, Dr. Jonathan Reiner, said that he loved Biden’s speech and wished that he had gone further to restrict holiday travel.

However, many Republican leaders of states that are reporting the highest cases and lowest vaccination rates, condemned the move. Some of them even said that they’d take this to court.

Bill Lee, Tennessee Governor, said that the vaccine is the only tool the nation has against the pandemic, but the strategy of mandates was wrong.

The Brown University School of Public Health’s dean, Ashish Jha, said that even with vaccination mandates and preventive measures, the endgame in near future does not look possible. On Thursday, Jha said that the pandemic will end only when the country has reached a certain level of population immunity, a level where the virus is no longer a threat.

The only hope of the US getting back to normalcy is when people start taking vaccines seriously, say experts throughout the country.