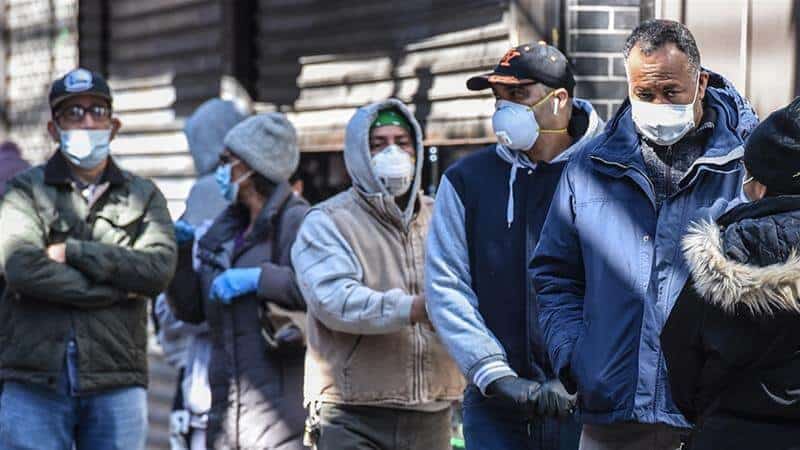 With rising in case of Covid-19 and less than half of the population of the US being fully vaccinated, experts are requesting the citizens to take precautions as they were taking at the beginning of the pandemic.

Dr. Jonathan Reiner, CNN Medical Analyst, Professor of medicine and surgery at George Washington University told CNN’s Fredricka Whitfield strictly warned people who are not vaccinated should not go to bars or restaurants as they are at greater risk of getting an infection.

Doctors from Alabama, Missouri, Mississippi and Florida have noticed that the hospitalization rates are increasing and now younger patients are admitted.

According to data from the US Centres for Disease Control and Prevention, only 41.9% of people are vaccinated till now despite being encouraged by many experts and health officials that vaccination is the best protection from the virus.

Dr. Reiner further warned that if the majority of the population doesn’t get vaccinated, then they are only left with two options, either to normalize wearing the mask or shut down all the businesses.

Dr. William Schaffner, Vanderbilt University Medical Center Professor of Infectious Diseases emphasized that the push for mandates like vaccination comes from the local officials and community leaders who people trust instead of state leaders. It would be more effective. He further said that people are half-right if they think that vaccination is their personal choice.

The transmissible property of Delta variant strain has increased the urgency to control the spread and take precautions as much. According to CDC research, 15 minutes or more of close contact with a person who is not wearing a mask can result in virus transmission, however with the delta form, it only takes one second to get the virus.

In an interview with STAT, Dr. Celine Gounder, ex-president of the Covid-19 transition advisory group under Joe Biden’s administration, stated this information. She is also an infectious disease specialist at NYU’s Grossman School of Medicine and further suggests that people should take more than one precaution from the Delta variant. She went on to say that ventilation is essential in houses. This can be accomplished by opening the house’s windows, resulting in less air dilution.

San Diego County has reported the highest cases of Covid-19 since February and in LA County, the hospitalizations have doubled in two weeks. The number of patients admitted in hospitals has reached over 700 since March reported by Los Angeles officials.

The state health data shows that the new cases have doubled in two weeks from 7.8% to 15.1% in Florida.

The state officials on Friday informed that Louisiana is the only state having the highest number of cases per capita.

Governor John Bel Edwards said that in most of the new cases that have been reported, more than 80% of cases are of Delta variant. That is why the Covid-19 surge is rising quickly and also low percent of people getting vaccinated.

Vaccination rates can rise if employers and schools require vaccines as commented by Reiner and Schaffner. Further, Jerome Adams, Former US Surgeon General also said the same and added that until the US Food and Drug Administration approves the vaccines, the rate will not likely rise.

Adams went on to say that people’s vaccination apprehension stems from the FDA’s approval of vaccines, claiming that each one has been licensed for emergency use but is still not fully approved.

CNN asked about the mandates of vaccines to Jeffery Zients, White House coronavirus coordinator told that businesses and municipal governments should adopt any of the strategies, either vaccine requirement or Covid-19 negative tests.

He further wants the FDA should take thorough time for reviewing applications for approval so that people know that the agency is not under any political pressure. He has informed me that some approval can come in August or September. President Biden has also stated that full permission might be granted by the end of August.Pfizer/BioNTech and Moderna have already begun their FDA applications, while Johnson & Johnson plans to seek a license.

Governor Asa Hutchinson, Arkansas has not mandated the vaccines even when the vaccination rates are very low. Only 36% of people in Arkansas have been fully vaccinated and according to the Johns Hopkins University Resource Center, Arkansas has reported a total of 56 new deaths with 11,748 new cases last week. The positivity rate is 19.32%. He further added that inoculation requirements can contribute to negativity towards the government.