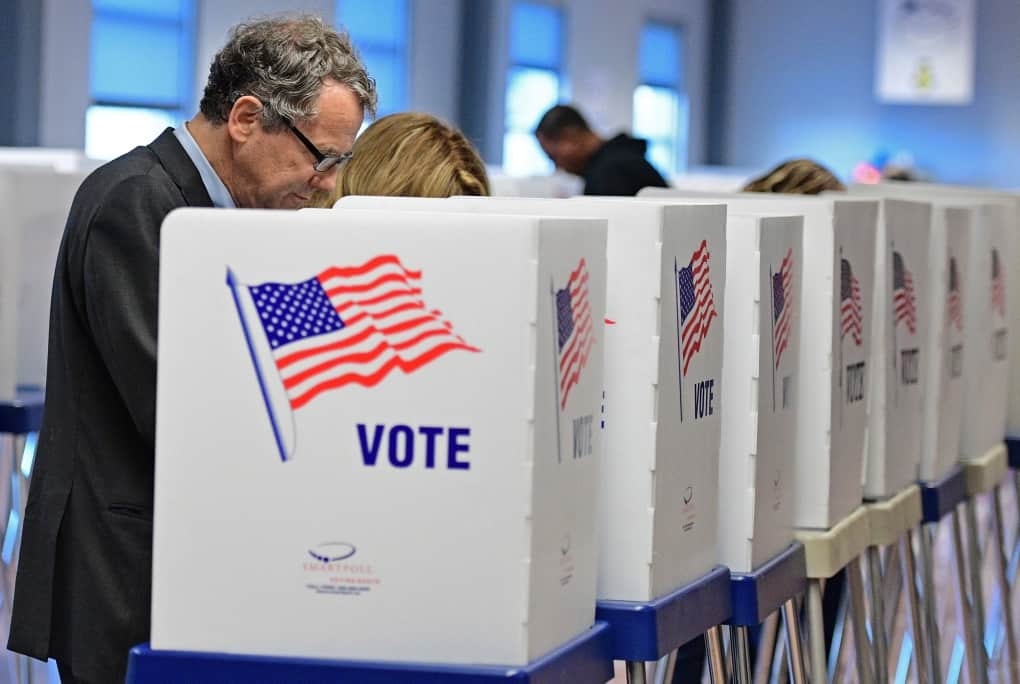 With all eyes set on the upcoming elections and the huge pomp and show, another highlight is coming up, and it is the largest week of ad campaigns. With only seven weeks before Election Day, Joe Biden’s presidential campaign is ramping up its paid media advertisements, investing this week more on ads than it has every week to date.

The camp’s record $65 million investment, first shared with CNN, announced a $364 million historic fundraising haul in August. It also comes as Biden continues in national polls to retain an edge over Trump. In several primary battleground states, including some new ads the campaign is launching Wednesday. The money is spent on commercials through television, digital and print. With both the leaders not leaving any stone unturned, Biden has come up with a different approach this time. This one is going to hit Mr Trump really hard as the ads are going to show the healthcare issues that the government has ignored. Presidential elections are always watched with a keen eye, and forecasters from across the globe are already making predictions. Trump is all set to get back his throne again.

Biden is also not going to take it lightly, and this he has proved with the advertising campaign that his team has planned up. A pair of recent healthcare-focused commercials, first shown by CNN, features testimonials given by two families of children fighting disease to make their case for Biden. A mother talks about her son, Beckett, who has leukemia, in the first, Little Brother. The US people are not happy with the pandemic crises and the downfall of the healthcare system. There have been a lot of loopholes that the people got to notice. With COVID-19 brought the world’s superpower on its knees, healthcare issues and the lack of facilities can prove to be a negative point for Trump and his government. Biden is all set to give it a hard blow and is taking care od this opportunity for his advantage.

Biden has also promised that he will pay extra focus on the healthcare facilities and give it the best shot. Though people are trying to trust him, they still cannot ignore the work of Trump.If Donald Trump gets rid of our health care legislation, he’s not going to help my son says the mother in the commercial. We need a president to secure our healthcare at any cost, and that’s Joe Biden. In Michigan, Minnesota, Pennsylvania, North Carolina, and Wisconsin, the commercials will air. This might prove to be the table turner for Biden. The second place, Anthony, shows a boy born with a pre-existing condition. I think that Joe Biden is going to be the one to defend Anthony and others with pre-existing conditions. This statement is made by the father of the child suffering from the pre-existing disease.

Two more new commercials, Unforgivable and Do Your Work, also feature short bites from Biden’s speeches, including his acceptance speech during the Democratic National Convention, and are the first 15-second television spots of the campaign. On the other hand, Trump is also all set to give it his best. He knows how to keep the ball in his court and is going to present the best areas of the economy forward. Trump’s presidential campaign announced Tuesday that it is rising its economy-wide TV ads, running in North Carolina, Florida, Georgia, Michigan, Minnesota, Wisconsin, Arizona, Pennsylvania, the 2nd Congressional District of Nebraska and the 2nd Congressional District of Maine, as well as adding new national cable ad purchases. The announcement came as the campaign this week decided to take down a proposed ad purchase in Iowa, Nevada, and Ohio. But while the President has pulled ads in Ohio, according to CMAG data, he is not losing a significant competitive advantage over Biden, who has not spent heavily on advertisements in the state.

Also recently, Biden’s campaign has launched a batch of new national and battleground TV, internet and radio advertisements targeting Black Americans and Latinos, in particular. The campaign’s record $65 million investment, first shared with a reliable news channel, comes following the announcement of a historic $364 million fundraising trail during August. Biden also has an advantage over Trump in national elections. That is still the case. The money is being spent on advertising in many major countries, including several new ads that are being launched on Wednesday, through radio, digital and print. Shop Talk Our Right and Shop Talk Trust, two of the commercials targeting the Black community, highlight Black men expressing their support for Biden and vice presidential nominee Kamala Harris. In Florida, Michigan, North Carolina, Pennsylvania and Wisconsin, those advertisements will air. A co-chair of the Biden initiative, Louisiana Rep. Cedric Richmond, said the movement addresses black men and women differently on similar topics, claiming that the result would be the same.

This week, the campaign launched an array of Spanish language advertisements, positioning two advertisements, one on television and internet and another on radio, concentrating on the economy in Florida and Trump’s response to Hurricane Maria, respectively. In key battlefield states like Arizona, Minnesota, Nevada, North Carolina, Pennsylvania and Wisconsin, there is an additional Spanish radio ad focusing on staff and a TV and digital ad questioning the President’s response to the pandemic. Just because the message could be different because we’re discussing some very specific needs or specific concerns, we think the outcome, one, will be the same. Still, two, we’ve got to get the vote, he said on a press call Monday. Whatever the result might be, this one will be a huge fight among two strong leaders who understand the game well and are all set to give it one last shot and get the votes in their banks. The people have made their mind and USA is all set to select its new President. Who is it going to be, is the biggest question for which we will get to know the answers soon.