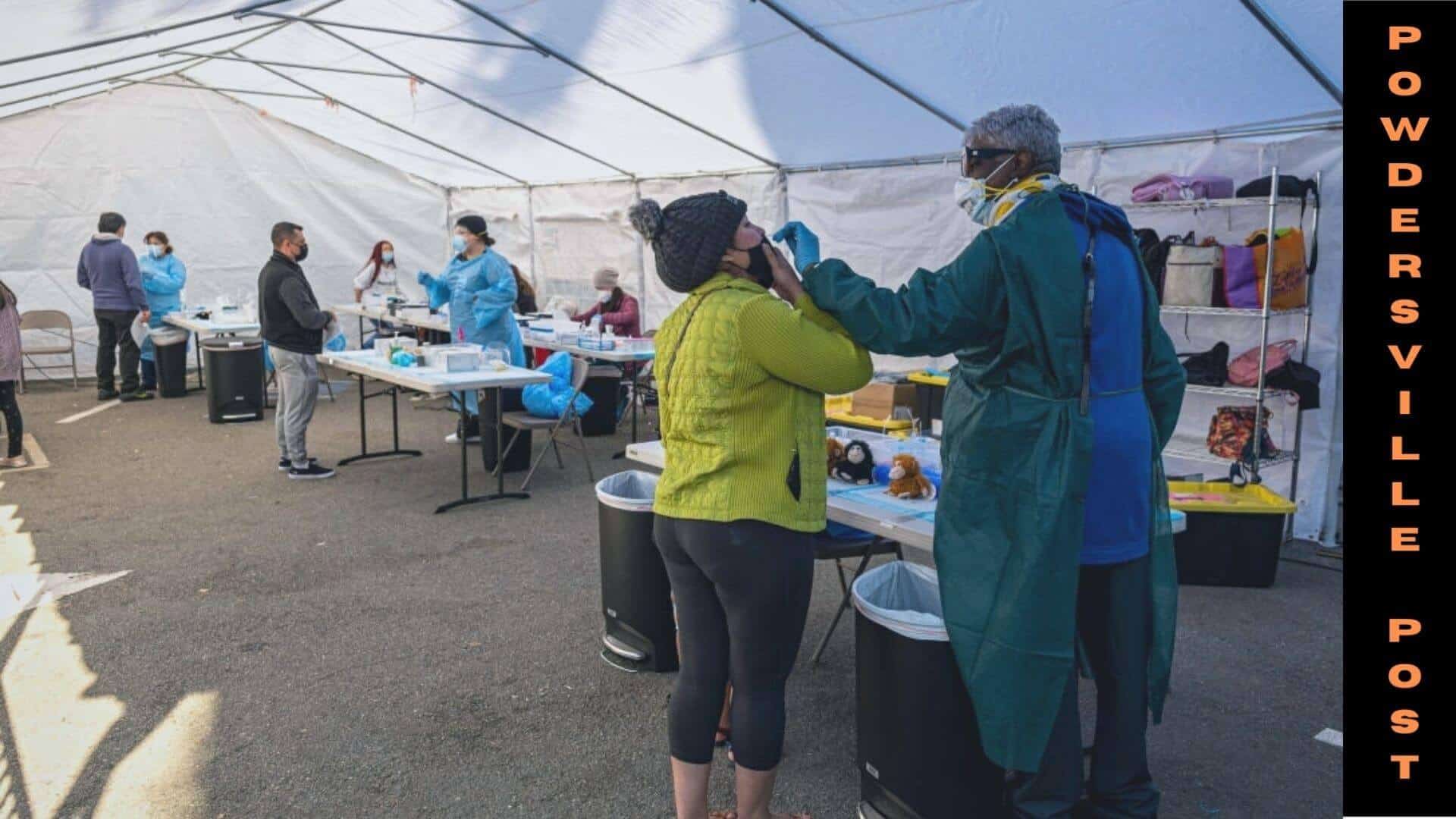 Omicron seems to be burdening all hospitals in the US, despite being a supposed milder strain. Only a few months back, the Americans had been fighting for ICU beds to admit patients infected with the Delta strain.

After the initial emergence of the new mutant, however, it showed a decline and had a promising start. But the rapid spread of the mild strain is causing concern amongst the people of the US.

The federal health system has been shaken by the increasing cases as they report 138,000 Covid-19 patients admitted in hospitals to date, which is a 32% hike since the previous week.

Dr. Anthony Fauci, the chief medical advisor to the president, has opined that it is quite possible that the number will reach the million mark per day counting very soon but hopes to see a drop in the numbers with the onset of February. The country is seeing a seven-day average of more than 700,000 cases on a daily basis.

The last five days have recorded the highest number of cases in any pandemic till now, and with the latest pace at which the numbers are moving, it can be calculated to about 8 persons per second. About 4.91 million Americans have been reported positive till Saturday and are expected to increase in the new future.

At one point in June, the daily average over a period of seven days was just above 11,000, a number that does not come into any comparable standards given this year’s combined number of infections for the months of April through July.

US Representative, Alexandria Ocasio-Cortez, D-New York, has recently updated her status as being positive and recovering at home without any need for hospitalization.

On the other hand, the Illinois government is trying to bring 330,000 students back to school by providing them with 350,000 vaccines, but the teachers are reluctant about continuing with normal classes. To help the teachers return to school grounds, many New York cities are prioritizing immunizations to teachers.

Not only do educational personnel want to stay away from the premises because of the increase in the number of cases amongst the teaching staff and students, many basic functions like medicines, police, fire, medical help, and hospitals have broken down.

Tom Cotter, Director of Emergency Response and Preparedness at Global Health Nonprofit Project HOPE, said that such disruption in basic services is hampering our existence, but we need patience.

And out of this crisis situation, scammers are trying to make a profit by selling fake at-home testing kits which many Americans are relying on. The Federal Trade Commission has warned the citizens to be aware of such fraudulent public who are trying to benefit from others’ woes.

In San Francisco, testing of symptomatic patients has been prioritized over asymptomatic ones. Even San Diego health officials have said that people with symptoms should go forward. Indiana has also put a limit on the rapid testing sites at the local and state health departments.

And while Americans are busy dealing with Omicron cases, China’s Tianjin city has just started testing its residents as it is possibly entering the first Omicron outbreak.

Experts opine that it is an extremely unpredictable scenario as the virus is constantly on the move making new mutations every day. It is impossible for the immune system to cope up with so many changes and just the way we are still dealing with the flu virus, we have to deal with this too.

The viral strain had been considered mild, yet many reports of hospitalizations are making headlines, although death rates are low. Since the severity is less this time, it would be easier to survive the risks.