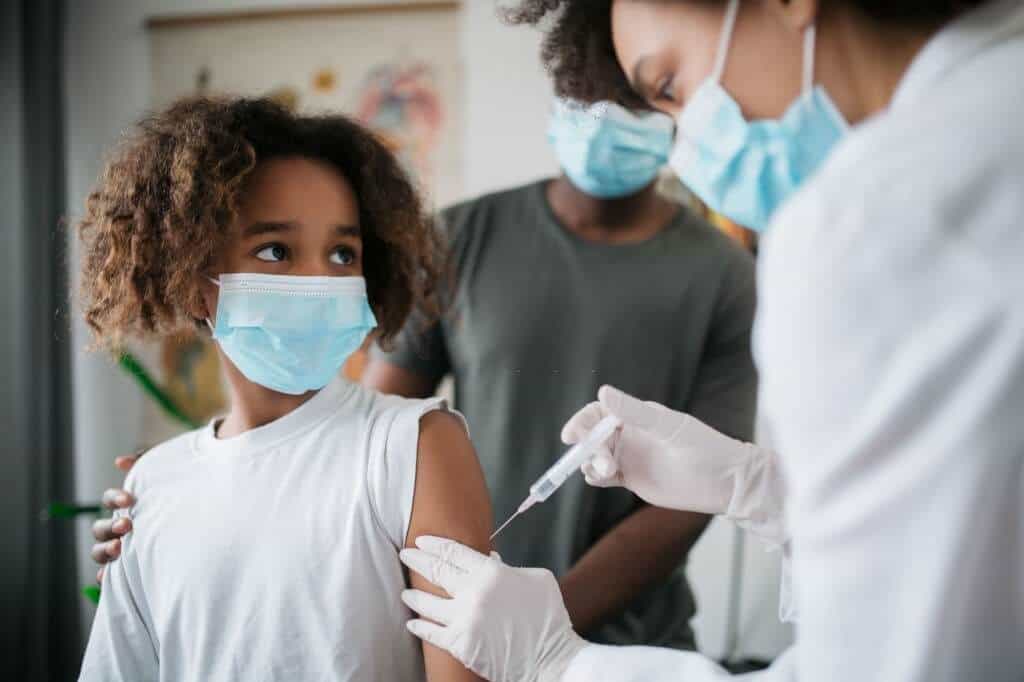 Biden administration on Wednesday announced that the country is ready to vaccinate kids aged 5 to 11. This comes as a relief to many parents as in the months of September and October child hospitalization was on rising in all parts of the country.

The only way to stop it was to get children vaccinated as soon as possible. Pfizer vaccination is to be administered for this mentioned age group.

Jeff Zients who is a White House spokesman stated that there will be roughly 20,000 centers with childhood vaccines. Parents can choose the nearest center from their home and get their kids vaccinated.

CDC (Center for Disease Control and Prevention) approved the kid’s vaccine last night making it legal in the US now.

CDC has stated that around 94% of the people in the country are now eligible for vaccination counting the kids aged between 5 to 11 as well.

Rochelle Walensky the CDC director stated vaccines will help keep many kids out of the hospital and this will provide a breathing ground for doctors and health care professionals.

Many of the parents were concerned about the side effects the vaccines would have on kids on which Walensky stated that during clinical trials no major issues were observed. The common issue that was observed was sore arm which is also seen in adults during vaccination. Other side effects can be easily treated by the use of drugs that doctors would prescribe if needed.

Centers for Disease Control and Prevention data suggested that kid hospitalization is still low when compared to adults however if they catch covid they too are vulnerable and die. As of now, more than 700 kids have lost their life due to the covid 19 virus.

Many of the parents were concerned if the vaccination would cause infertility to their kids as this fake news was doing rounds all over the Internet lately. Many of the researchers and doctors came forward and explained to them there is no such evidence and the same dose of higher quantity has been given to adults.

None of the adults reported this issue and it has been more than a year now administering doses. Doctors further stated that if the vaccines were to cause infertility, then the birth rate should have come down which is not at all the case.

The government has asked the health care institutes and hospitals to provide all the necessary information that the parents seek for the vaccination of their kids. Walensky stated that the first step of getting kids vaccinated is to educate the parents on the importance of vaccination and how they will help their kids to stay away from hospitals.

With schools now re-opened getting kids vaccinated is now of utmost importance as they are in contact with 100`s of people on a daily basis. Many of the private sector companies have declared that parents can avail themselves of paid leave if they are going to get their kids vaccinated. This initiative has been applauded by the President himself stating that such organizations are the need of the hours.

2-3 days additional leave can also be availed for taking care of the child after vaccination if they are not feeling well. Schools are also encouraging kids and the parents for vaccination and stated how this can help them.