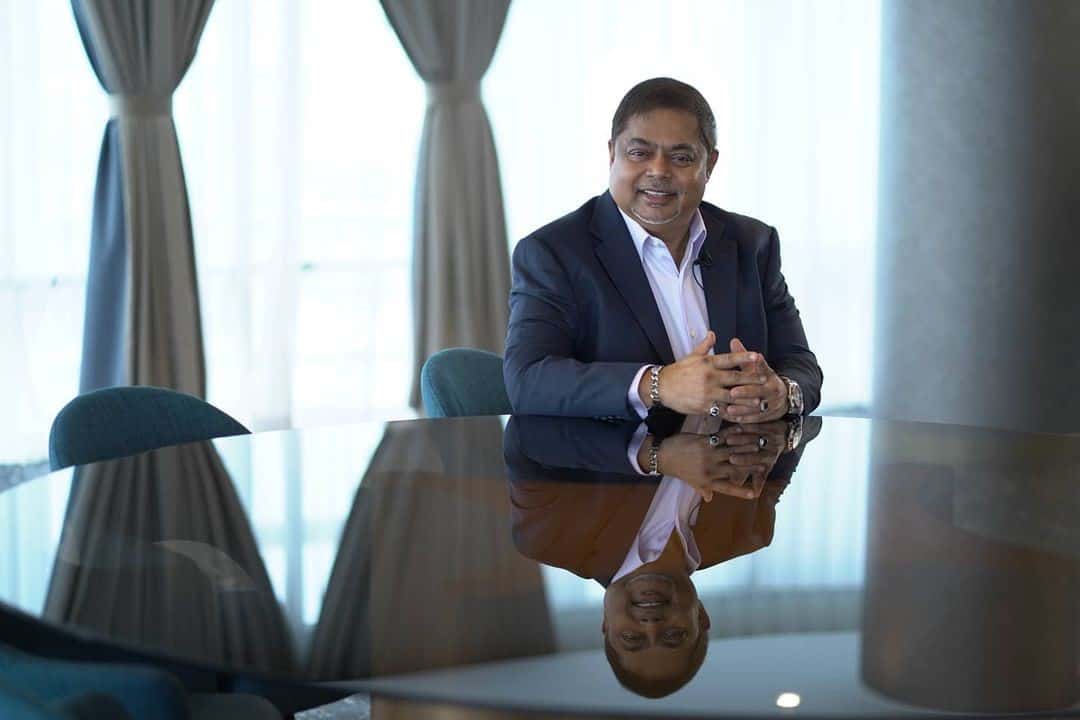 The Association of Southeast Asian Nations (ASEAN) has made strides in recent years toward greater collaboration and economic stability. An ardent proponent of ASEAN and its potential, entrepreneur Vijay Eswaran has spoken out about the region’s ability to become an even greater player in the world economy.

One way ASEAN can “fully embrace its potential is through the adoption of tools and technology for digital transformation,” Eswaran wrote in The Manila Standard. “This includes digital infrastructure development (5G networks and data centers), cloud computing, cybersecurity, artificial intelligence, and smart manufacturing in the region.”

The 10 member nations of ASEAN have pulled together despite cultural differences to create a close-knit economic community designed to propel the region forward. And although there have been several obstacles — including the Asian financial crisis of 1997, the economic crisis of 2008, and the financial implications of the COVID-19 pandemic — ASEAN has continued to flourish. According to the World Economic Forum, the region’s global foreign direct investment rose nearly 2% to 13.7% in 2020 while doubling its international project finance to $74 billion in 2018 to 2020.

With such expansion also comes growing pains, and Vijay Eswaran is a strong advocate for ASEAN countries to keep an eye on global growth while emphasizing infrastructure and advancement at home.

“With ASEAN on its way to becoming the world’s fourth-largest economy by 2030, the vast potential of fully harnessing the collective might of ASEAN is there for the taking, but there needs to be a way to proceed,” Eswaran wrote.

Eswaran advises one path for ASEAN to move forward as a collective is through the promotion and implementation of greater digitalization. According to a report by management consulting concern McKinsey & Company, the demand for increased interconnection during the pandemic gave rise to advances in the development and distribution of key digital technologies.

ASEAN was not excluded from this trend, with an additional 60 million Southeast Asians becoming digital consumers. These individuals are relying more on digital technologies for daily tasks that have been commonplace for years in other markets. Consider how the integration of services such as food delivery, financial management, and entertainment have permeated Western cultures and communities. These are now becoming more mainstream throughout ASEAN, and Eswaran entreats member nations to keep pace.

Digitization itself is a term that’s often confused with other technology-based languages. Specifically, digitization is the practice of enabling productivity and efficiency of processes through the use of digital technologies. Eswaran noted that with over 350 million digital consumers across just six of the 10 member ASEAN countries, the region is prime for better technological integration. To do this, he promotes the exploitation of digitization in the private sector, which can reach people across countries and cultures on a “glocalization” level.

Explains Eswaran, “This approach, known as ‘glocalization,’ holds the key to success for any business looking to benefit from the burgeoning ASEAN middle class. It is imperative for firms to really understand what it means to ‘go glocal’ in ASEAN, and that means looking beyond the big-picture changes in demographics and wealth to consider how factors such as urbanization, culture, and even a pandemic like COVID-19 are shaping the emergence of the region’s middle class.”

Looking to the Youth Market

Eswaran believes youth could be a gateway to economic promise in ASEAN. He sees younger generations as a critical component of growth and development. “Digital consumers are dominated by youth aged 16 to 24, who spend more than 10 hours a day on interconnected devices” in the region, he shared.

“Why survive on a market of 30 million people, when we can leverage a regional populace of 600 million in Southeast Asia, particularly when we look to the future to activate centennials and the Alpha generation?” Eswaran, founder and executive chairman of the QI Group, commented.

Vijay Eswaran also pointed toward progress via the recent ASEAN Digital Integration Framework Action Plan, which is designed to overcome barriers in digitization across the region through a formalized approach. This includes the promotion of seamless trade between nations with a focus on the region’s growth to make it a major player in the world economy.

Other areas include a focus on seamless digital payments, fostering entrepreneurship, and broadening the digital talent base in the region through upskilling and enhanced educational opportunities. “For many ASEAN people, expensive or poor internet quality or digital devices, lack of digital skills, and trust and security concerns stand in their way of fully reaping their fair share of benefits from an inclusive digital economy,” Eswaran said.

Infrastructure is also pivotal to allowing ASEAN countries to continue to move forward as a digitalized region with a global impact. Eswaran cites the need for more affordable access to internet and digital devices throughout the region, especially in rural areas, as one hurdle. However, he remains optimistic, noting, “It is expected that more than 1 billion people will receive digital access by 2025.” Investing in the infrastructure will make it even easier for growing generations to make the connections they need for everything from communication to business loans, engaging the communities within ASEAN for the greater good and progress. Eswaran also promotes relaxed barriers between ASEAN countries when it comes to trade and communication legislation to help bring digitization to the masses and propel the economy forward in tandem.

​​”ASEAN in itself is not a single entity, but made up of diverse cultures, each with its own unique identity,” he wrote. “Successful businesses understand the region’s increasingly affluent customers want the best of both global offerings, as well as retaining their unique culture, and this means adapting business practices to suit different markets in the region.”