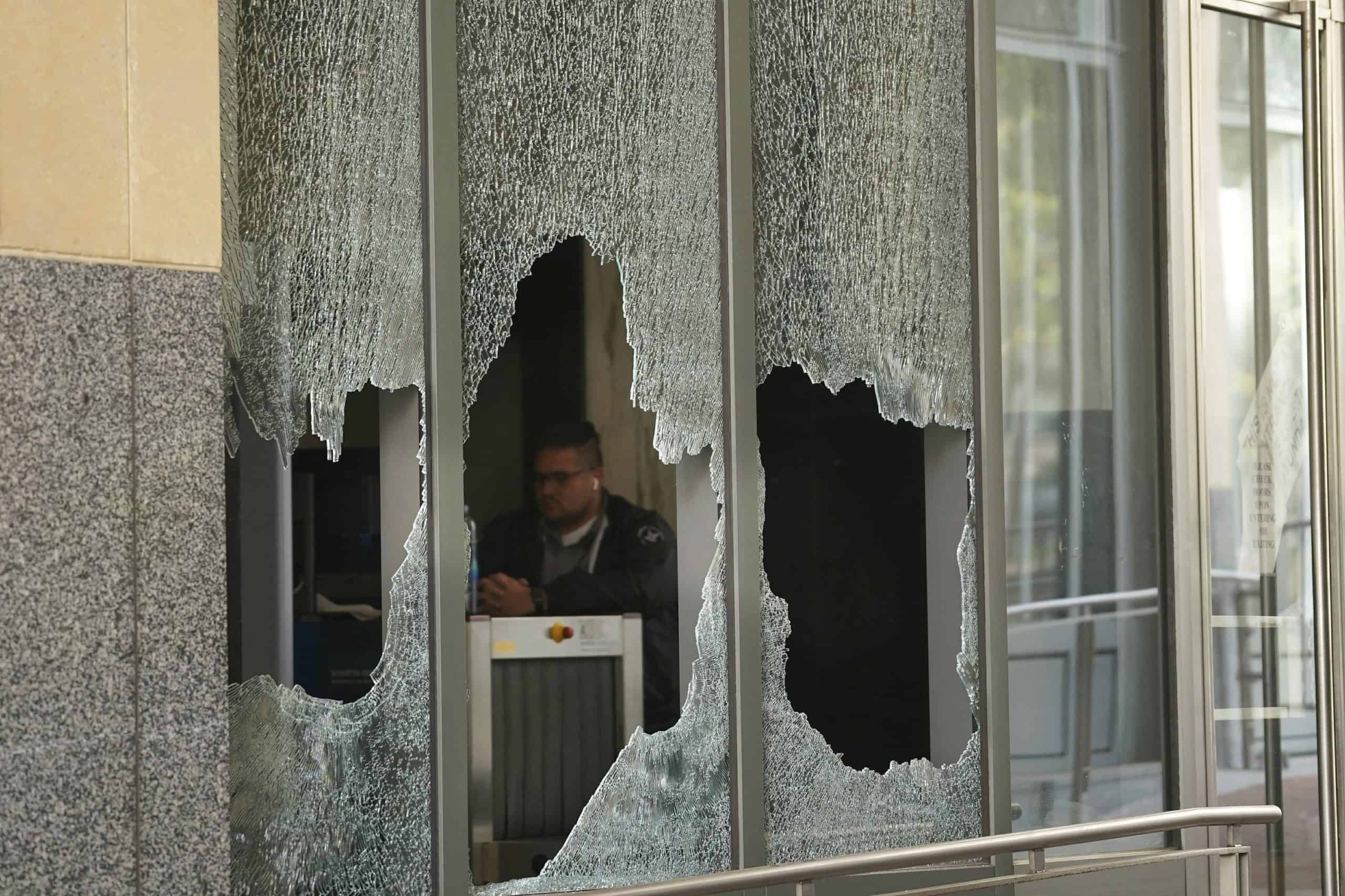 The Oregon Legislature’s special session was disrupted on Monday by protesters who oppose the policies of slowing down the spread of the pandemic.

The protesters engaged in a brief standoff with the Oregon State Police and  Salem Police department officers, broke the largely-empty Capitol building’s glass doors, and tore tarps from the marble reliefs on the front steps.

It is reported that, during the six-hour rally of more than 100 protesters, at least six people were arrested including members of the far-right Patriot Prayer group.

The police said that they couldn’t catch another man who attacked two reporters and tried to break into the Capitol building, and a search is ongoing for him.

Crystal Wagner said that they were standing up for their constitutional rights to reopen the state of Oregon, and he wondered that the legislative hearing was without the people. Since they are the people, the taxpayers, and were fighting for democracy.

The people who were permitted to go inside the building were only some staff and reporters other than the police officers on Monday.

The Oregon  Police said protesters entered the building and at least one of them used “chemical agents” on officers at about 8:30 a.m. Inert pepper balls were used by OSP troopers to respond. It is unclear how many were fired on the protesters.

At about 9:20 a.m, an unlawful assembly was declared.

Upkes also added that the crowd might use other chemical munitions that acted similar to a CS gas on the officers.

The gated fence surroundings of the Capitol steps were unlocked by the protesters just before 11 a.m. they further began to remove the tarp covering the two marble reliefs. The relief was defaced before during the first week protests of this summer as well.

Around 2 ½ hours later, the Capitol building’s west end glass doors were smashed by a group of the protesters while they were attempting to break into the building.

After a while, in SWAT gear at a nearby intersection, there was a brief standoff between the protesters and the police.

The Oregon Legislature was meeting Monday to have a word on extending the emergency eviction moratorium and provide funds to tenants and landlords during the pandemic.