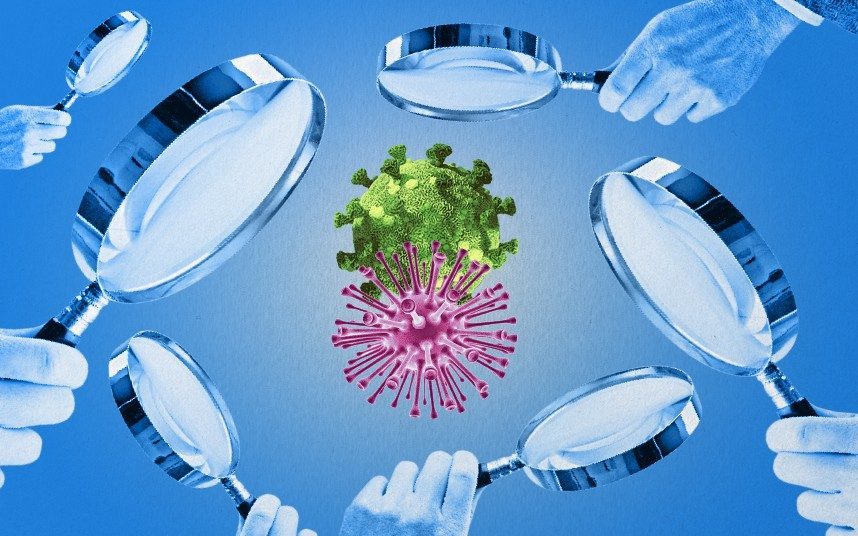 The Delta variant of coronavirus is currently spreading itself on the lands of the US, amidst which a new strain, Lambda, is gaining momentum. It was earlier found for the first time in 2020 August in Peru.

A new form of the virus is concerning because it could bring back the long-lost torments of deaths, lack of medical facilities, no availability of beds, and so on.

Viruses Can Mutate and Become Lethal

It is always in situations like these that fake claims start circulating and causing havoc among people. Such a claim was started by Dr Kelly Victory on June 30 on Facebook. It said that in the entire history of virology, not once has it seen a virus that mutated and got deadlier.

A Colorado-based physician, she is known for making false statements about the pandemic. According to her, when viruses mutate, they do not become more lethal, but contagious. This tweet has been shared widely on social media according to the data provided by Facebook’s analytics tool.

As the viruses reproduce, their genes undergo genetic mutation. Over time this can lead to switching in the virus’s covering proteins. Our immune system recognizes these proteins and then fights the virus. So what happens when it mutates and our system does not recognize it?

According to virologist Juliet Morrison, Coronaviruses are RNA viruses that have an extra protein on their surface. This helps in proofreading it. Sometimes the changes do not get corrected. If these changes are passed down to the descending mutant depends on the extent of the improvement of survival.

Victoriy’s claim that viruses can not become lethal after the mutation has been tagged false by the experts. According to another virologist Timothy Sheahan, this statement of ‘never in the history of viruses’ is untrue. He further points out various examples when the virus becoming deadly was the case.

The Ebola virus of 2016 underwent a mutation which did not only make it even more contagious, but deadlier. Though, it died eventually in 2016, ending the pandemic. In 1999, the West Niles virus was found which mutated into a lethal virus, killing thousands of crows in multiple continents. Another example is the 1918 Spanish flu killing roughly 50 million people.

Apart from this, there are also claims that say that the spike protein of Covid-19 vaccines is the reason for the emergence of the Delta variant. As the states are relaxing the restrictions imposed, the US is bound to have a setback as it falls short of partially vaccinating the 70% US population, in the wake of the Delta variant.

Well, these claims are untrue too. Vaccines, on their own, can not cause disease. It may happen in rare cases, but not in the coronavirus’s available vaccines. Dr Matthew Laurens say that as not one US authorized COVID-19 vaccines has live SARS-CoV-2 virus, disease from vaccines is not possible.

When the virus enters our body, it binds to the protein, enters the cell of the host, replicates, and further destroys it. Then new viral particles are formed entering into the bloodstream. A vaccine can not do this, as it is made to better our immune system.

The only protection to our people against these contagious strains is getting fully vaccinated. A study shows that Pfizer-BioNTech’s vaccine is 88% effective against the Delta variant. It can further halt the troubles of crowding in the hospitals and shooting death rates. However, the same study concluded that only one dose of this vaccine can give people 33% of protection.

During the prevalence of worldwide deadly pandemic, it becomes quite necessary to not trust such claims that have no scientific basis. It is important to look for sources and put faith in hands of medicine and science.