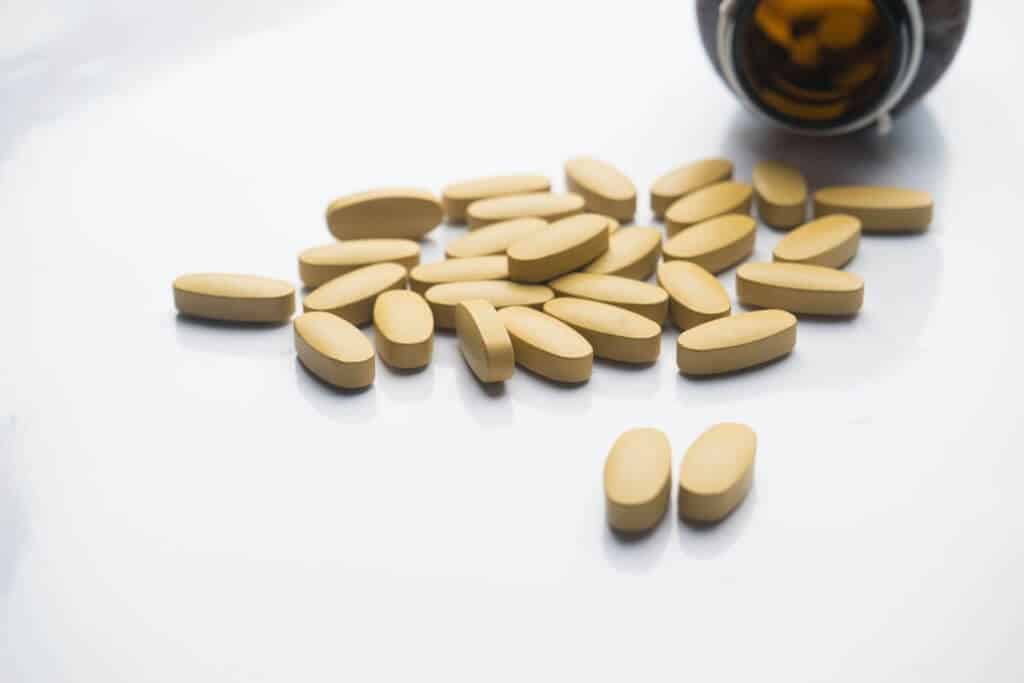 According to a Northern California research lab’s CEO, Vitamin B6 should have a label warning about possible nerve problems caused by it. It is taken as a supplement.

Emery Pharma’s CEO, Ron Najafi, also a Ph.D. holder, says that prescription status should be given to doses above 10 mg. He filed a citizen’s petition with the US Food and Drug Administration on Friday.

Vitamin B6 Should Carry A Warning Label, Say, Researchers

According to him, the agency should revise and regulate Industry guidance on vitamin B6’s high doses. It increases the risk of toxic exposure that leads to tingling and numbness in the feet and hands.

Najafi questioned if there was any point in taking a hundred milligrams or fifty milligrams. He pointed out that the daily amount of recommendation is 2 mg or less. And even though, he expressed his concerns that 50 to 500 mg mega doses are openly available over the counters.

He suggested that vitamin B6 should have a label containing a warning that states that the medication might prove to be dangerous when used for a long time in large amounts. It should also carry a precaution of stopping the medication in case a person experiences burning, tingling, or numbness. They should be advised to see their doctor as soon as possible.

A co-author of the petition and PharmD, Ana Najafi, said that this vitamin is taken by almost 30% of the population. Music is promoted by the supplement makers for a healthy immune system, healthy nervous system, and healthy heart.

Ron Najafi pointed out the United Kingdom’s National Health Service’s advice to people not to consume more than 10 milligrams of B6 per day. Many industry groups have waived off his petition by saying it is not necessary.

A water-soluble vitamin, vitamin B6, is found in foods like potatoes, poultry, bananas, fortified cereals, and fish. It keeps the immune system and nervous system healthy and develops the normal brain.

Depending on gender and age, adults need to consume about 1.2 to 2.0 mg a day. The highest amount is advised for breastfeeding and pregnant women. One3 ounce chicken breast carries 0.5 mg B6, while 2 cups of chickpeas consist of 2.2 milligrams.

People with autoimmune disease, kidney disease, and those having trouble absorbing nutrients, and people with alcohol dependence are more likely to be vitamin B6 deficient.

The petition of Najafi points out a 63-year-old man’s case history who started a hundred-milligram intake of vitamin B6 in July 2020. He started experiencing tingling in the feet and hands, heat sensitivity, and numbness by May 2021. He also experienced facial flushing, frequent urination, and extreme thirst.

Doctors performed several tests including ones for multiple sclerosis and type 2 diabetes and found that the results were normal except the level of vitamin B6 was five times more than the normal range.

Even after he stopped taking the supplement, he experienced the symptoms for almost a month. The symptoms subsided but he never stopped experiencing them even by September end.

Another case history was reported of a 92-year-old woman who took a high dosage of vitamin B6. She started having trouble walking caused by nerve issues. Doctors told her that her vitamin B6 intake was the cause.

Najafi added that most of the evidence is found from such case reports. In a report of a toxicology journal in 2017, studies proved that more than 50 cases of no offense are caused by vitamin B6 supplements from 2014 to 2017.

The Najafi States in his petition that the lowest dose likely to cause negative effects is 50 mg. He cited a study of 1987.