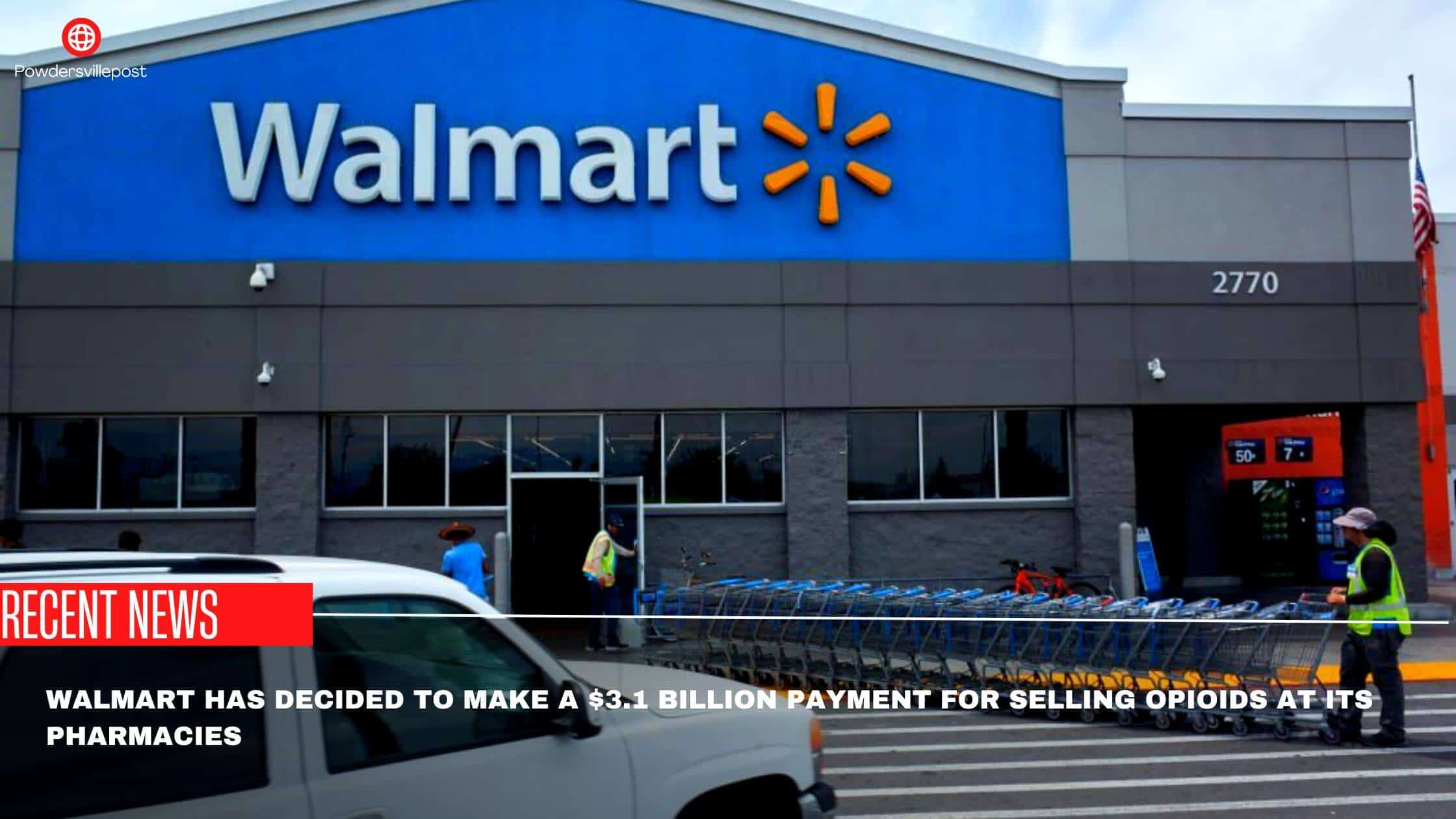 The district court of New York has given its judgment against Walmart, which is a giant multinational company operating throughout the world.

According to the conclusion, Walmart is obligated to pay a total compensation of 3.1 billion dollars after the allegations of contributing to the nationwide opioid crisis got confirmed.

Walmart has failed to regulate the prescription prices at the stores, due to which the nation had to undergo a lot of hardship.

All the funds collected so far will be distributed across the affected community. In addition, Walmart is also required to introduce changes that will improve how Walmart pharmacies handle the exchange of opioids.

Not only Walmart but two other pharmacy giants, CVS Health and Walgreen, have also been charged to pay a total of 5 billion dollars.

What Are The Charges Against Walmart?

There has been an increase in the number of deaths caused by the Overdose of opioids in the countries so far. This crisis made it mandatory for the government to investigate the reason why the supply of opioids was increasing.

It was ultimately discovered that the drug makers had increased the supply of opioids and even reduced the prices, due to which consumption has been growing enormously. It is also in the position to cause problems related to Overdose, and ultimately there is a need to break the cattle among all these companies.

The court of law has made it compulsory to pay a total compensation as a settlement concerning all the damages incurred due to these companies’ policies. It is not sure if this settlement amount will be helpful in reducing the incidence of infection and, at the same time, provide a better chance in the long run of recovery.

What Does The Company Say About This?

According to Walmart, this settlement only comprises two percent of its annual revenue, and they will be interested in contributing to a nationwide cause. It believes that this kind of settlement Framework is considered to be the best for all the parties.

It will be helpful to provide significant assistance so that the country can be capable of fighting the opioid crisis. Only with the collaboration of the state and the central government can this objective be reached in the minimum amount of time.

The company has also been in the position to target the negligence of its subsidiaries and has taken full responsibility to make good on the loss.

Such statements have not been admitted by the other culprits so far. Still, in light of the existing scenario, it is expected that compliance with the amount of compensation would be made in due course of time without any risk of default.

The reputation of the company is already at Stake. The company cannot take the risk of increasing the risk further. It is only with the help of all of the concepts that a better target could be achieved over a period of time.

🔵Walmart To Sell Its Own Insulin At Affordable Rates

It can be ultimately concluded that the most important factor that brings a better result is nothing but the cooperation of the multinational companies at this point in time which can be assured with the help of a compulsory award of settlement.