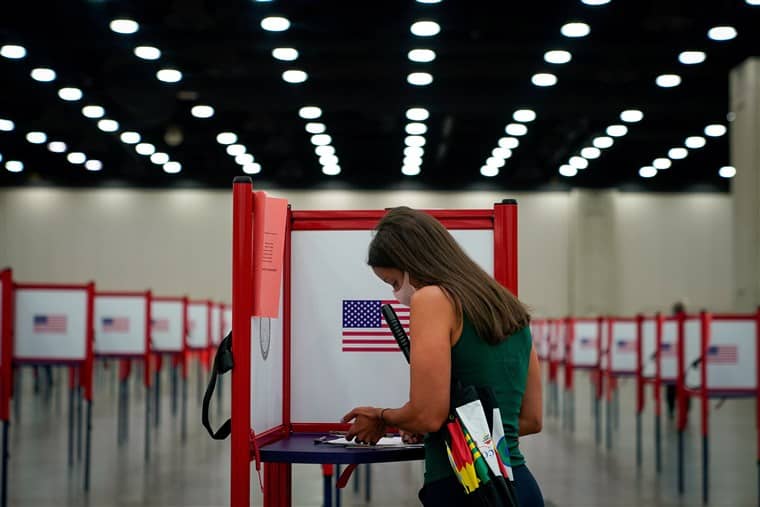 Biden has crumbled down Trump’s latest thoughts since he has managed to obtain more votes from the states as compared to the already existing president. This news has sent shockwaves to the Republicans who were pretty confident about their victory like always. Also, an attempt is being made by them to arrange for equality in the best possible manner; the thoughts of the losing party are pretty genuine that are ideally expected to be arising.

Trump has been managed to claim without any proving that the process by which the entire election was conducted, and the counting was done extremely faulty. This has provided for the fact that those mail ballots were dramatically larger boxes wherein the fate of two parties or more precisely the future of America was being discussed.

Therefore, at such point of time, the Republicans instead of readily accepting for there defeat were now engaged in the process of mud smuggling in the worst possible manner, this was also because of the reason that the people had to take care of themselves and hence, had even to realize that the main aim of the people was to grow as prosperous as they could. The change in the party orientation is a prove of the fact that the people of the United States of America want to register for a change.

A difference, wherein they no longer get governed by dictators and hence, what matters for them is the fact that the allegation which has been imposed by Trump over the integrity of the elections had to be false and thus, have no sign of truth in them in any form and any manner. Therefore, the most expected outcome at such an hour is to ensure that the ultimate aim is met and hence, there must not be any iota of doubt on the integrity of the system.

President Trump is leaving no stone unturned to affect the fame of the other party. The stronger than expected performance in several states has been partially due to those people of the United States of America who genuinely believe in radical thinking. While partly it has been because of the reasons wherein the votes were doctored and so were the voters in the worst possible manner.

There were speculations that Qanon adherents have appeared to have accounted for a large share of the electorate in the states in which the controversial results has been achieved. Therefore, in such situations, the factors which need to be taken into accord is to provide for the fact that the conspiracy ideology is working well on the people these days. The people are trying their level best to preach that Michigan and Nevada have emerged to be the game changers in the present election in the best possible way.

However, for the states in which these candidates have won are continuously being provided with the opportunity to take the position into the accord that the people are in the place to get manipulated to the maximum possible extent. Also, an attempt is being made to ensure that the cities in which the Republicans are registering for success are the ones in which the maximum amount of embezzlement has been reported. Ferrara has based his conclusion on the fact that a new state by state review was essential to unravel the status quo.

These factors have poorly influenced the elections, and hence, it is a sad state of affairs in the country of the United States of America. This shows the weak state of democracy in that country. Therefore, the main aim of the people for so long is to provide for the fact that the people must understand the value of democracy and other various allied features to the maximum possible extent. This will be very helpful in the ultimate long run to ensure that the people are provided with the best possible advantage to understand the fact that an attempt must be made to provide for the situation in the best way. Biden is going to win, and it’s a clean win this time. All the votes are in his favour, and this is going to be a massive change for the people in a positive manner.