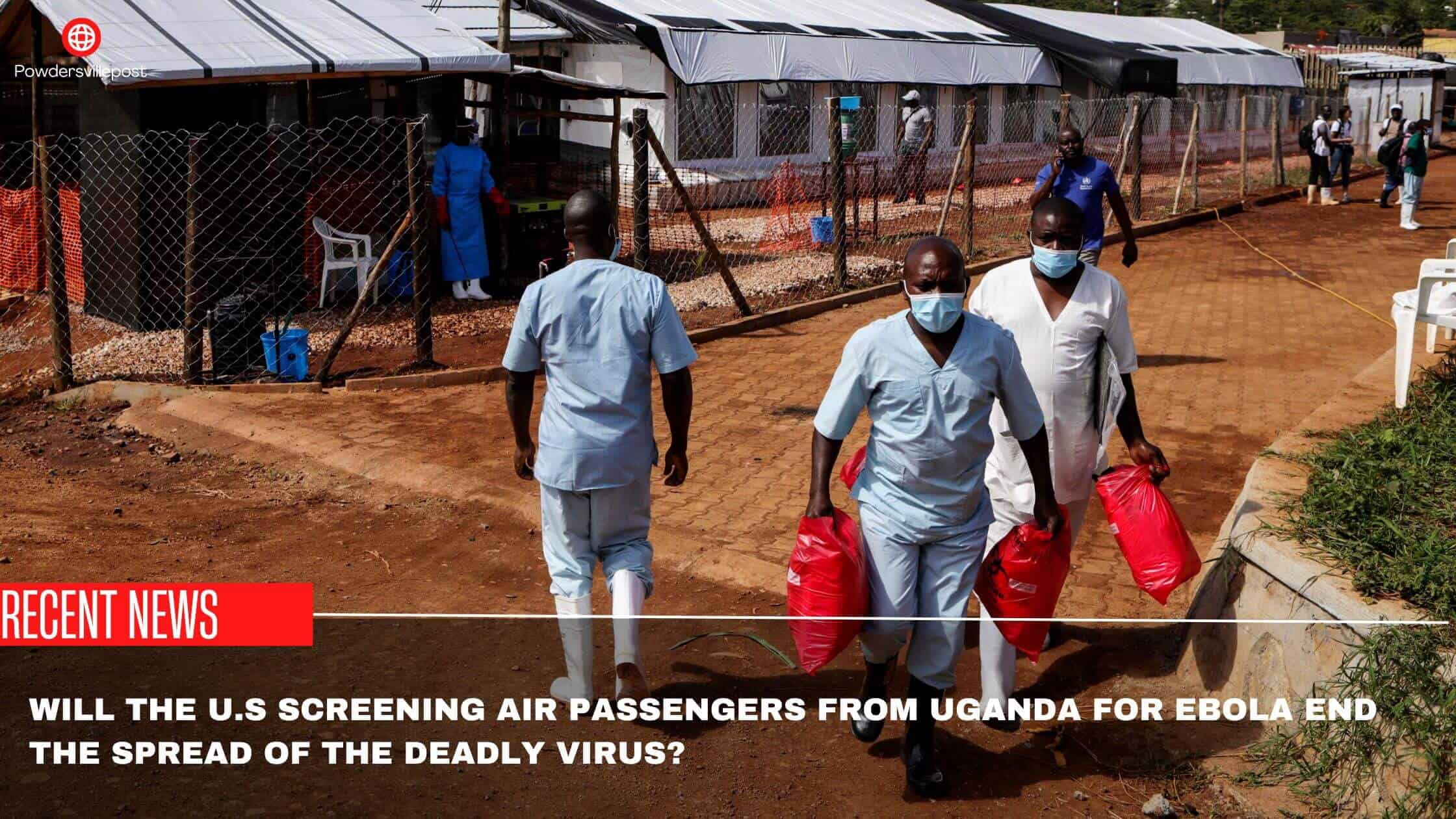 The U.S. plans to start screening air passengers from Uganda, where the Ebola outbreak started, at JFK International Airport in New York starting next week in an attempt to halt the spread of the deadly virus, officials announced Monday night.

The screenings will take place at JFK’s Terminal 4 and will last for 30 days. Anyone traveling from Uganda will have their temperature taken with a thermal imaging device and will be asked about their recent travel history, among other things, CBS reports.

Americans Are Checking For Ebola In Air Travellers From Uganda

The new screening procedures will help health officials identify and monitor Ebola symptoms in people coming from Sierra Leone, Liberia, and Guinea, where Ebola has been spreading rapidly over the past few months and resulting in thousands of deaths.

Ebola is a rare, serious, and often fatal illness caused by infection with one of the Ebolavirus strains. Symptoms may include fever, intense weakness, muscle pain, headache, and sore throat followed by vomiting, diarrhea, rash, impaired liver and kidney function, and in some cases internal and external bleeding.

Why does Ebola spread so fast in Africa?

Ebola is spread through contact with bodily fluids such as sweat, blood, and vomit, but it can also be transmitted indirectly by objects that have been contaminated with these fluids.

The incubation period is two to 21 days after exposure, so those who are not showing symptoms may be spreading the virus unknowingly.

Is a travel ban from West African Countries going to stop the spread of this deadly virus?

A travel ban from West African Countries might help stop the spread of this deadly virus, but it also has its drawbacks.

For example, if a person is infected with Ebola and is on their way to the United States, then they would not be stopped before entering because there are no flights coming in from those countries.

This would give that person a chance to spread it to more people who are already in America which would not have happened had there been a travel ban from West African Countries.

Public health officials are currently looking for passengers who have traveled from or through West African countries that are struggling with an Ebola outbreak. If a passenger is identified as having a higher risk of exposure, they will be screened when they arrive in the United States.

This may include taking their temperature and asking them questions about their travel history and any contact with people infected with Ebola, among other things.

What can I do to help stop this deadly virus from spreading in my community or on an airplane flight?

The best way to protect yourself and others is by staying informed, taking precautions when you’re out in public, and being observant. The CDC has outlined a few tips on how to stay safe while traveling: