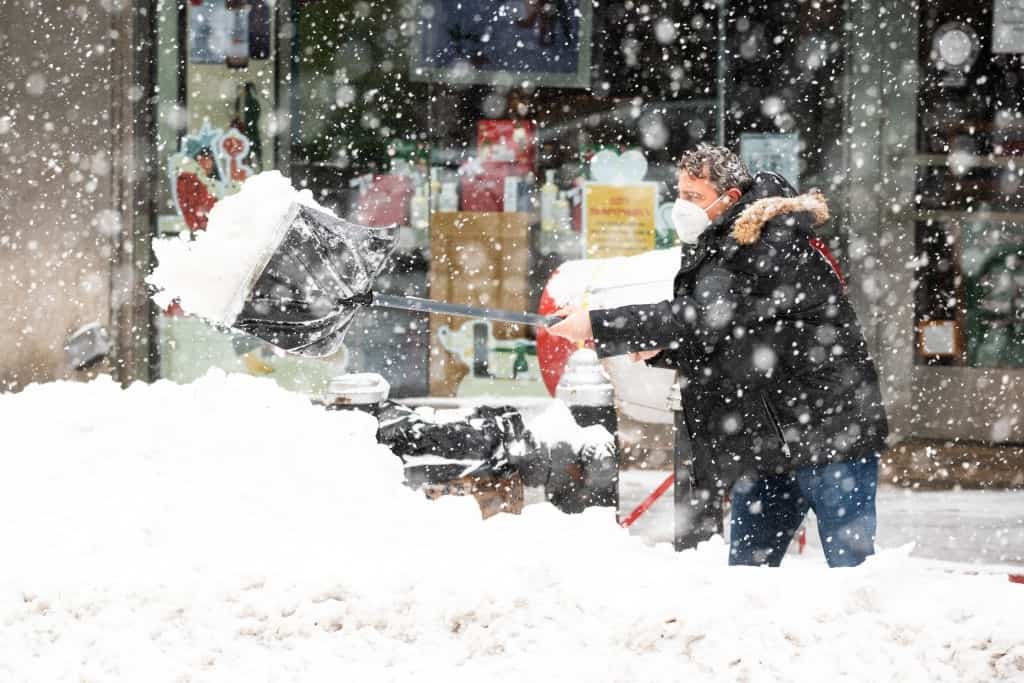 According to the reports coming from the National weather service, the biggest winter storm in many years is all set to hit the East Coast on Wednesday. This is likely to bring heavy snowfall from Georgia to Maine in the coming few days. It is expected to lead to power outages in several regions and disrupt travel conditions in the snow affected areas.

Meteorologists said that this is going to be the biggest snowstorm in many years and several cities across the Northeast are likely to get affected this week. The snowfall accumulation can be as high as one foot in several cities, and it can go up to two feet in extreme conditions.

The New York City Mayor said that the city had not seen a lot of storms in the last few years, and there was very little snowfall in the previous years. Considering this fact, the winter snowstorm is going to be the biggest in several years for the region, and the Mayor has given serious warning to the residents to take appropriate precautions.

Officials from the public affairs department and the department of sanitation in New York City said that even though they always prepare for snowfall throughout the year, they may run out of resources this year due to the intensity of the storm. The officials said that since mid-October, the department is using the latest equipment and moving around the narrow streets to prepare for such events. They have made arrangements for nearly 2,000 plowable vehicles that can move around different kinds of streets. Apart from that, they have also made arrangements for pre-treating the Roadways. The authorities said that they have stock of around 330,000 tons of salt and brine for handling 19000 miles of roadway.

The city has also taken the covid-19 situation into consideration and suspended outdoor dining in some restaurants.

On Wednesday morning, several regions of the mid-Atlantic and midwest saw some light snowfall. According to the weather forecast, Washington is likely to get up to 3 inches of snowfall, and it can go as high as one foot in Boston and New York.

The weather service has given a severe warning to some regions of Central Pennsylvania, which can get up to two feet of snowfall during this week.

Officials from the weather Service Department have issued warnings with regards to driving conditions as heavy snow coupled with freezing rain, and ice accumulation can even bring down trees and make it difficult to drive safely. Even though travel is not impossible in such conditions, it can be very dangerous, according to the authorities.

As a storm enters the New Jersey coastline, it can even bring heavy winds and generate coastal flooding across the region. Authorities have given strict warnings to the residents, and it would be difficult to handle the situation if proper precautions are not taken by the public.

The weather Service Department also said that power outages could be seen in isolated places, and they are working hard to maintain normalcy during the storm. Several Airlines have also canceled flights in this region, and this has affected the travel plans of many people during the holiday season. The storm is likely to continue for the next few days, and the situation may get back to normal only next week.