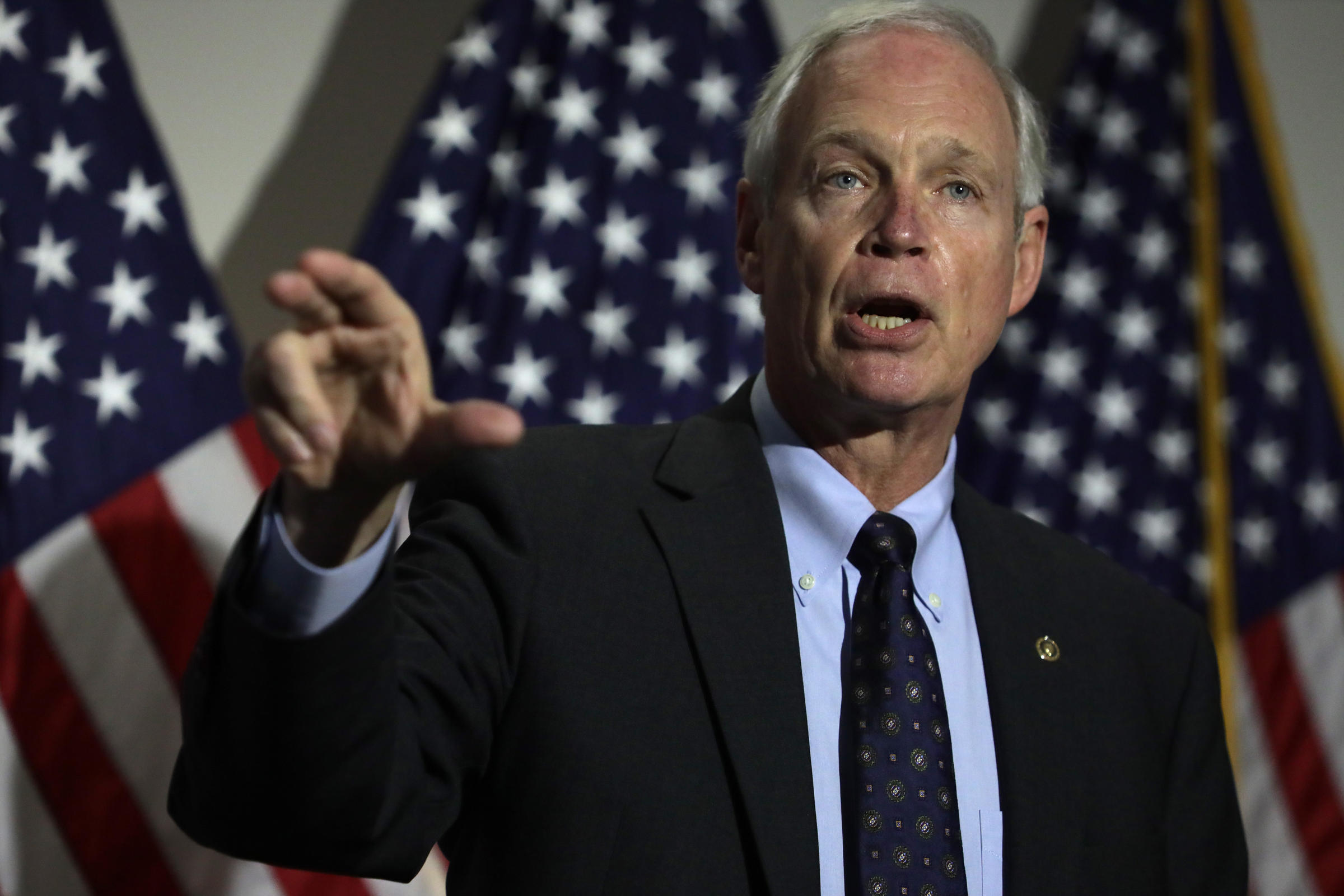 Former President Donald Trump was acquitted of charges for inciting the mob for the Jan. 6 riots on Saturday by the United States Senate. After two days of Trump’s acquittal, Wisconsin’s senior senator has raised questions about whether the Jan 6 riot can even be called an armed insurrection.

The U.S. senate Ron Johnson on Monday questioned the Jan 6 riots to be called an armed insurrection. Despite the video footages of the Jan 6 riots that showed the protestors deploying pepper sprays that can even injure a bear, holding zip ties, attempted gallows erecting on the Capitol grounds, fire extinguishers, smashing windows with baseball bats, flags used as spears that were thrown on the police officers, Sen. Johnson’s had put forward this claim.

In an interview with WISN-AM, the Republican condemn the Jan 6 violence. But he said that in his opinion, the Jan 6 riot was not an armed insurrection. He supported his claims by saying that to him, armed means firearms. He said that he would like to ask that how many firearms were seized that day and how many shots are reported during that fateful incident.

Sen. Johnson said that he is aware of only one shot that was taken by a law enforcement officer in his defense. He said that though that was tragic since there was just one shot fired on Jan. 6, this can’t be called an armed insurrection, at least in his own opinion.

According to an NBC news report in Jan, at least 7 people were reported that day for their involvement in the riot. The report said that they were carrying a dozen of guns and thousand rounds of ammunition. But it is still unclear about the exact quantity of firearms that were brought into the Capitol that day. But it was reported that the rioters were carrying stun guns as well. One of such stun guns had put one officer to suffer a heart attack.

A spokesman for Johnson was unable to respond on questions based on which Sen. Johnsons had put forward his claims.

Tom Nelson, Democrat and Counsel for Outagamie County Executive, said that Johnson’s comments were unreal. Nelson is running for the U.S. Senate in 2022.

Nelson tweeted that the rioters were shouting to hang Mike Pence, and 5 people had died during the Capitol attack. He directly pointed to Johnson asking that how he could be so craven and loyal to Donald Trump that he could not recognize the fact.

Johnsons has voted not-guilty in the Trump impeachment trial. He is also up for 2022 but hadn’t yet confirmed if he is up for a third round.

In an interview at WISN, one of the three interviews on Monday with the conservative radio host, Johnsons attacked the minority leader Mitch McConnell, who said that Trump was morally responsible for Capitol’s attack on Jan 6. He criticized McConnell for saying that Donald Trump has provoked the mob for the Capitol assault.

McConnell had also voted as not-guilty in Trump’s impeachment trial. However, while she finds former President Trump accountable for the Capitol riots, she voted for his acquittal on the basis that the Senate cannot convict an ex-president through impeachment.

However, Johnsons denied McConnell’s claims that in any way Trump is accountable for the Jan 6 Capitol riots. He said that Republicans do not feel the same way as McConnell has stated. He said that while McConnell has a right to say what he feels, but at the same time, they should also realize that the words said by him reflect the thoughts of the people he represents. And no Republican feels about the riots in a way that McConnell does.