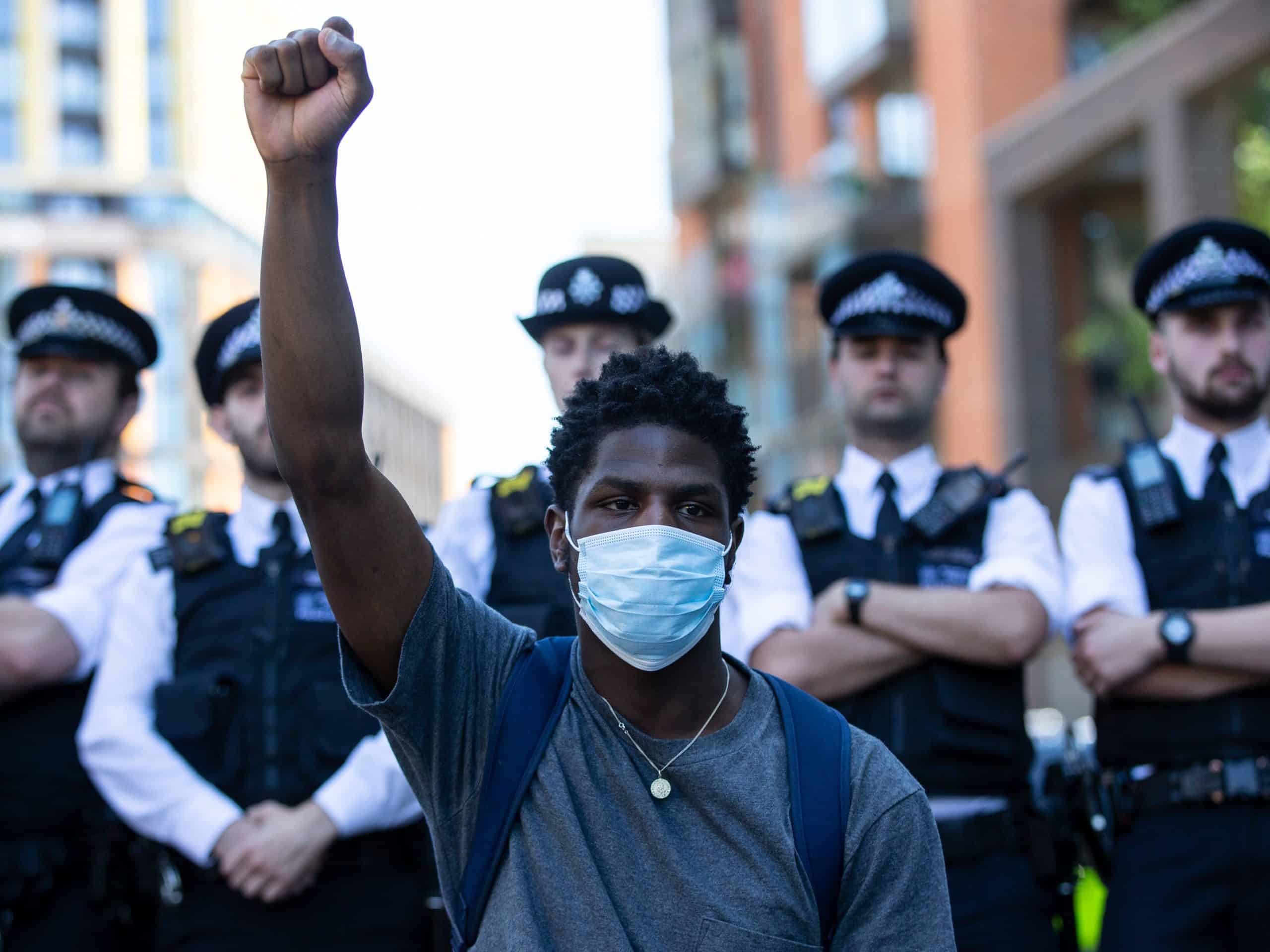 The Black Lives Matter activists now hope for some police reforms as Biden always supported them in the past. Even during the recent speech, Biden said that he wanted to thank the African American community for supporting his campaign.

The last few months have been very bad for the African American community, with the pandemic affecting them disproportionately and then the police atrocities across the country. With this, the BLM movement gained a lot of momentum, and this was also instrumental in Biden’s victory in many states as the community was very angry with the Trump administration.

Mary Hooks, a founding member of Black Lives Matter Atlanta, said that black people had shown their support for the country for decades even though they got nothing in return. She asked the new administration to take up some concrete measures apart from a formal thank you message. Most African Americans expect police reforms across the country as they have been aggressively targeting the black community.

Another co-founder of BLM, Patrisse Cullors, asked for an immediate meeting with Biden and wrote an open letter saying they wanted something for their vote. Some members are not happy that the new administration has still not responded to such requests. They hope that they will soon be able to meet Biden and discuss police reforms. They also want to convey the message that it was the African Americans who voted Trump out of power, and Biden was able to become President because of the support of the black community.

According to political analysts, the Black Lives Matter is the most significant movement to happen in the US ever since the civil rights movement of 1960 that was led by Martin Luther King. The Civil Rights Act was a milestone achievement by the community. However, it was not enough to remove the hurdles faced by the black community with regard to access to education and economic opportunities.

Before the elections, Biden had promised to include members from all the communities to form a cabinet. However, Trump had alleged that Biden would defund the police department and dissolve them if he comes to power. Many leaders from the Democratic party are also not in favor of defunding the police department, and it would be a challenge for Biden to balance the act in the near future.

Some analysts feel that Biden’s choice of Kamala Harris for the post of Vice President itself indicates that he is doing his best to support the black community. Harris is the first woman and the first person in this position from the black and south Asian American community.

Many members of the black community trust Biden in this regard and hope that he will do his best to bring in police reforms and acknowledge the importance of the BLM movement. When the Biden campaign was not doing well, it was James Clyburn who brought it into focus. Cylburn was one of the organizers of the 1960s civil rights movement, and this endorsement from the black community brought back life to the Biden campaign.

When Biden was Vice President in 2014, the Obama administration had ordered all police killings to be investigated by independent prosecutors. However, as soon as Trump came to power, things took a different turn, and Trump had publicly praised many officers involved in such shooting incidents. He even called the protestors of BLM as left-wing mobs and took strict action against them in the last few months.

The Black Lives Matter movement, which was founded in 2013, became very active after the killing of Goerge Floyd at the hands of a police officer on Memorial Day. This triggered many protests across the country, and the movement wanted the outright defunding of police departments across the country.

Apart from seeking police reforms, the black activists are also pressing for other needs like education and housing for the black community. They feel that the Trump administration set them back in several ways, and they hope that the Biden administration will take some bold steps towards providing education and accepting the Fair Housing Act. Many activists feel that Biden should not wait for partisan moves and work independently on certain aspects as wearing a mask and affordable health care can never get partisan approval in the near future.

Several other demands of the black activists include expanding rights for the LGBTQ community and setting a federal minimum wage. Apart from that, they are also pressing for a stimulus package that can stop evictions as the people of color are disproportionately affected by the pandemic.

Political analysts feel that the black activists are not taking extreme steps during this situation as they feel that subtle arguments are the way to take the issue forward. This can give them a progressive outlook and give widespread acceptability to their demands.

Black activists did not have much confidence about Biden winning the elections, considering how the Trump campaign was making its moves ahead of the election. However, as Biden has managed a comfortable victory, they are happy with the results. Even Biden and Harris do not have a good track record when it comes to expecting police reforms from their administration.

The activists do not want to completely depend on the Biden administration to do all the job and plan to continue their fight for the black community’s rights. It would be interesting to see what kind of support they can get from the new government.

One thing looks certain in this situation. The future looks bright for the black activists, and they can at least expect something better from the Biden administration when compared to the previous government. Even if the government may not agree to a complete police reform or defunding the police department, some discussions will be held in this regard to analyze the gravity of the situation. This is providing some hope for the black activists, and they expect further support from the Biden administration for their movement in the near future.