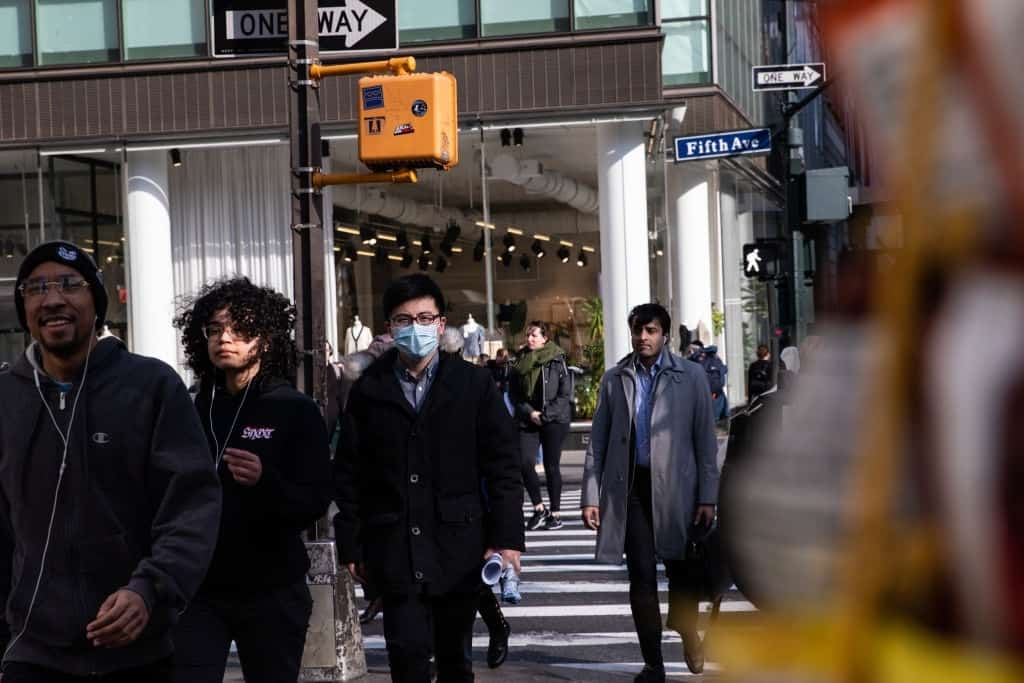 With the U.S. reaching 200,000 confirmed COVID-19 deaths and 30 million worldwide infections, the Centers for Disease Control and Prevention also recommends that all individuals who have been exposed to someone with COVID-19 be screened, even though they have no symptoms.

The Friday advice reverses the agency’s controversial guidelines released at the end of August, stating that someone who has been in close contact (within 6 feet) of an infected person for at least 15 minutes but has no symptoms does not necessarily require a test. Asked about the timetable for a coronavirus vaccine, President Donald Trump said on Friday that the U.S. would have developed more than 100,000,000 doses of vaccine by the end of the year, with enough vaccines for every American by April. But this week, CDC Director Robert Redfield told a Senate panel that a vaccine would not be available to the American public until the summer or fall of 2021.

Lines at polling sites in Fairfax County were already out the door as in-person voting began in Virginia on Friday. On Twitter, a photo posted by the county showed a long line of people wearing masks, standing on sidewalks 6 feet apart or camping out on benches and curbs. Whether to get the COVID-19 vaccine, one becomes available to the U.S. population is still divided, with about half saying they wouldn’t get vaccinated in a Pew Research Centre study. Moderna, one of the companies leading the campaign to develop a vaccine for COVID-19, announced that as early as November, it may have adequate clinical trial results to validate the efficacy of its candidate vaccine.  According to Johns Hopkins University reports, the U.S. has reported more than 6.6 million cases and 198,000 deaths. Globally, more than 30 million incidents and 947,000 deaths have occurred. According to a USA TODAY review of Johns Hopkins results, new case records were set in six states: Arkansas, Montana, North Dakota, West Virginia, Wisconsin and Wyoming. In Kansas, North Dakota and Puerto Rico, record numbers of deaths were recorded.

The worst-hit nation still has a lot to face. The schools were reopened, and the cases in the school have seen a surge. The careless parents are sending their kids to school, making the whole batch suffer. After parents sent their child to in-person class despite having tested positive for the coronavirus days before, reports claim, twenty-nine high school students in Massachusetts were ordered to quarantine. The student tested Sept. 9 and received favorable results back on Sept. 11, according to NBC News. They went to Attleboro High School, located about 39 miles southwest of Boston, on Sept. 14 for their first day of class. According to the letter sent to parents obtained by USA TODAY, parents heard the next day that a student who attended public school tested positive for COVID-19. People are just not ready to comprehend what they are being told, and thus the CDC has come up with the new guidelines.

The Centers for Disease Control and Prevention reversed Friday’s controversial guidelines on coronavirus testing, now recommending that people exposed to someone with COVID-19 should be screened, even though they are not symptomatic. The recommendation is based on guidelines provided by the agency at the end of August that someone who has been in close contact (within 6 feet) with an infected person for at least 15 minutes but has no symptoms does not necessarily need a test. Experts on infectious diseases have been puzzled and disturbed by the move, as people who do not display symptoms can still have COVID-19 and spread it. It has also panicked the citizens as now they do not know who is suffering from COVID. The CDC reports that asymptomatic 40 percent of infections and 50 percent of transmissions occur before symptoms appear. Experts are worried that failure to screen asymptomatic carriers may not only lead to further infections but also impede attempts to track contacts.

Adam Laxalt, Nevada’s former attorney general until 2019, and booster for President Donald Trump, claimed he was exposed to coronavirus while attending the Maryland Conservative Conference on Political Action. But Laxalt had no signs and was unable to get a test accepted by a local hospital back home. On the phone call, according to interviews and internal correspondence USA TODAY received via record requests, Redfield asked the medical officer, Dr. Ihsan Azzam, to get it done. Nevada officials reported that bars, taprooms and breweries will reopen on Sunday night in Clark County, where Las Vegas is located, after a six-month closure due to COVID-19. On Thursday, Nevada’s COVID-19 Task Force for Prevention and Management unanimously approved the county’s proposal to reopen drinking businesses throughout the Las Vegas Valley.

Chairwoman Marilyn Kirkpatrick of the Clark County Commission told the task force that bar owners are committed to implementing health and safety protocols. State biostatistician Kyra Morgan disclosed that between Monday and Thursday, the COVID-19 positivity rate fell from 8.6 percent to 7.8 percent. It is recommended by the World Health Organization that the rate does not exceed 5 percent. Utah Gov. Gary Herbert said Thursday in response to what he called an unprecedented increase in state infections, he is proposing a statewide mask requirement and preparing increased coronavirus testing. On Thursday, the state counted 911 new reported cases, a fresh record for any single day. According to state statistics, the rolling average of daily new cases has risen by about 54 percent over the past two weeks, and this week jumped to 661 per day compared to 381 per day last week.

We take this spike very seriously, and the extent thereof, Herbert told reporters. Over the past 24 hours, India’s coronavirus cases jumped by further 96,424 infections, showing no sign of leveling. On Friday, the Ministry of Health increased the nation’s number to 5.21 million, or around 0.37 percent of its nearly 1.4 billion population. It said 1,174 more people died in the past 24 hours, resulting in a total of 84,372 deaths, but experts say the death toll of India could be a major undercount.