Several students arrive back on campuses across the country, so to keep the students healthy and the behavior on-campus, the college and university administrators are greeting them with a variety of methods. And recently Notre Dame and the University of North Carolina have shut down face-to-face instruction after large gatherings led to COVID clusters. Last week Syracuse University’s leaders said that large gatherings had left the school on the verge of shutting down and going online-only. 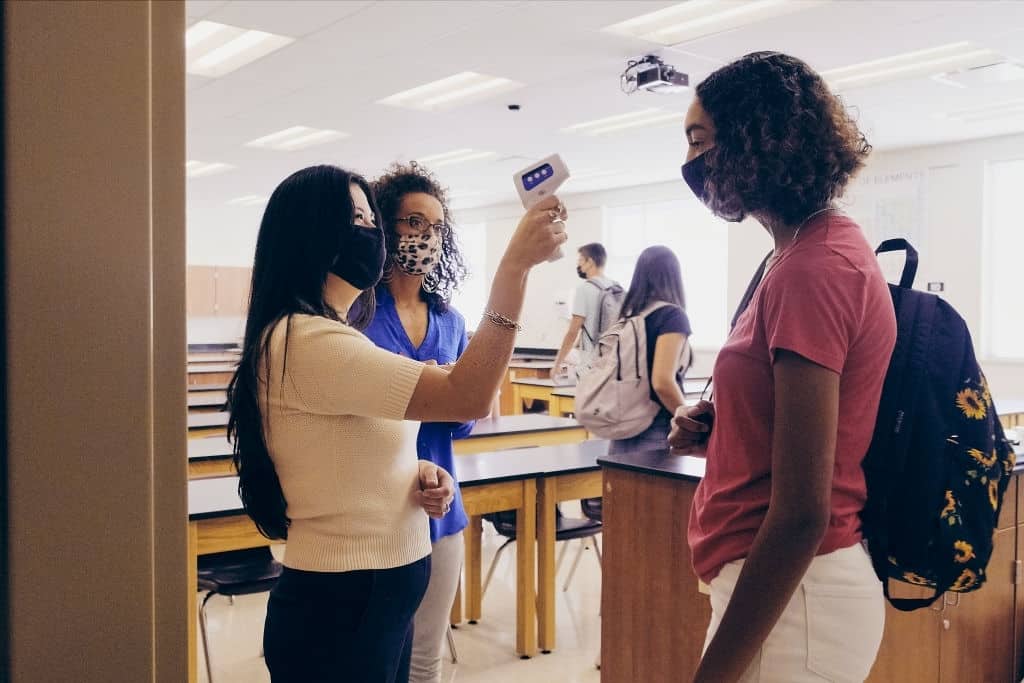 At Oakland University in suburban Detroit, they have seen some success in their plan to mandate all students wear BioButtons was changed to strongly recommend wearing the health tracker after student complaints. And the Summer has pointed out that “Many students are already hesitant, at best, to be tracked as they stay on campus (and as they leave for the weekend to visit home, go to class, grocery shop, etc.),” a petition from Oakland students that garnered more than 2,400 signatures this he said. “Masks and socially distancing are understandable but this seems like a large overreach in terms of student and staff privacy.”

For the sensors, the students were worn BioButton and connected to an app on a smartphone. This constantly measures heart rate and temperature, among other things. The Oakland’s website said that “We are strongly encouraging a BioButton to be worn because it enhances our broader strategy to monitor the safety of OU’s campus,” “We believe it is among the many ways we are keeping you and others safe. However, even if you don’t want to wear the BioButton, there is value in carrying it with you when you are on campus because it can assist with contact tracing.”

The Oakland’s chief research officer and a professor of health sciences and philosophy, David Stone have said that BioButton is designed to work as a screening tool for Oakland. This system helps to monitor the breathing rate, heart rate, and temperature when the person is at rest. Also by using artificial intelligence this helps to see when there’s a pattern of changes that could indicate an infection. And the people on campus will also have to answer a series of screening questions each day. If the system sends a screen noting the person is green, he/she is ok to be on campus, and if its a red, meaning follow-up from the school’s health services is needed. It sends updates every 6 hours to the individual user through an app on their phone.

Many schools and universities are using some sort of app to monitor students’ health. So while entering the campus they show on their smartphone how they completed the form; paper forms will also be available. The Ann Arbor Police Department has informed that “t is teaming up with U-M students, staff, faculty and volunteers to patrol campus and neighborhoods around the university to “serve as a visible presence and reminder to students and other community members of the need to follow public health guidance,” the department said in a tweet.