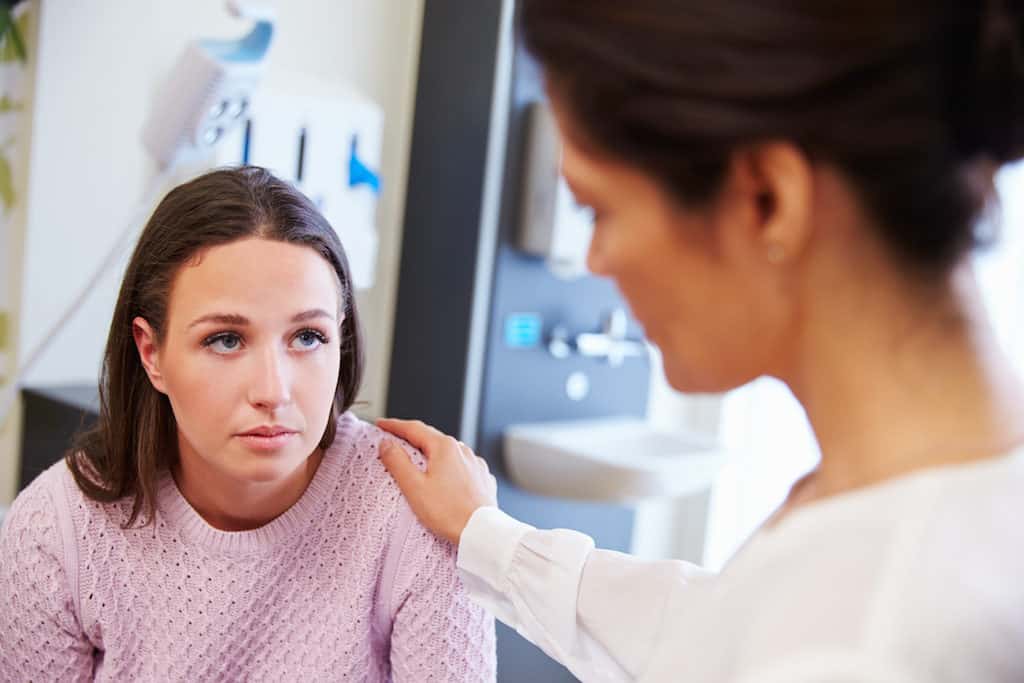 On Saturday, a 45-year-old woman, Stephanie Gerding returning home after a lot many work trips back to back, she was weary and felt like a tight band around the head. She thought that these symptoms are just because of lack of sleep and she needs good sleep so that she can recover quickly. She woke up, to use the bathroom at midnight.

“Instantly as I got up from sleep the world leans over a bit”, said Seattle-based small business owner and mother. She knew that something dreadful is going to happen, so she asked her husband to call 911. Stephanie supervised herself to dress up, then unfortunately she fell on the bed.

Soon, Paramedics or paramedical professionals arrived and took her to the hospital. Her husband, Patrick, and her 10-year-old daughter, Madeline, joined her in the ER, (emergency room), where people who have severe injuries or sudden illnesses are taken for emergency treatment.

Health care professionals used an MRI scan to diagnose the condition of Stephanie. In the report, it showed that she had two strokes which are caused due to flap-like tear of the inner lining of the vertebral artery; it often impedes blood flow to the brain that causes a decreased supply of oxygen to the brain.

Every 45 minutes, nurses woke Stephanie to draw blood for different tests to provide appropriate medication, for some days. Stephanie’s condition affected her ability to walk and she could not be able to open her eyes. She lost hope that she could recover and lead a normal life.

After that, Patrick kept a school picture of Madeline beside her bed. Madeline took a scarf and wrapped it around her neck. After seeing that. Stephanie said, “I thought, I need to keep going”.

After 10 days, she was discharged from the hospital and her sister, Nicole, a nurse from Tennessee, came there to help her.

To fast recovery, they have decided to keep her on physical activities such as exercises. Firstly she used to walk with a walker, she set various challenges to recover instantly. After her stroke in February, She told Madeline that she couldn’t plan for an annual party for Valentine’s Day with her friends.

Stephanie and her daughter made matching sweatshirts which were then decorated with hearts and threw the party, which made the party successful. She also engaged in her work, after two weeks, she was back to her work for online classes as well.

She was also being so determined, so she decided to give a presentation at a conference in March. She was very confident to do it and finally, she did it, one of her fellow mates had said that this workshop is the best workshop.

She had experienced various challenges, the hardest part is relearning how to walk. Even now, she is facing various invisible problems and she explains that she feels unsteady while walking and she could not able to feel the temperature on the right side of her body. Patrick said that fighting for the 1st step or working back, had taken three more years but she always looked for possibilities.

A year after the day of her stroke, she wrote a poem called “Closer to better tomorrow”, she shared it with her family and friends on the social platform.