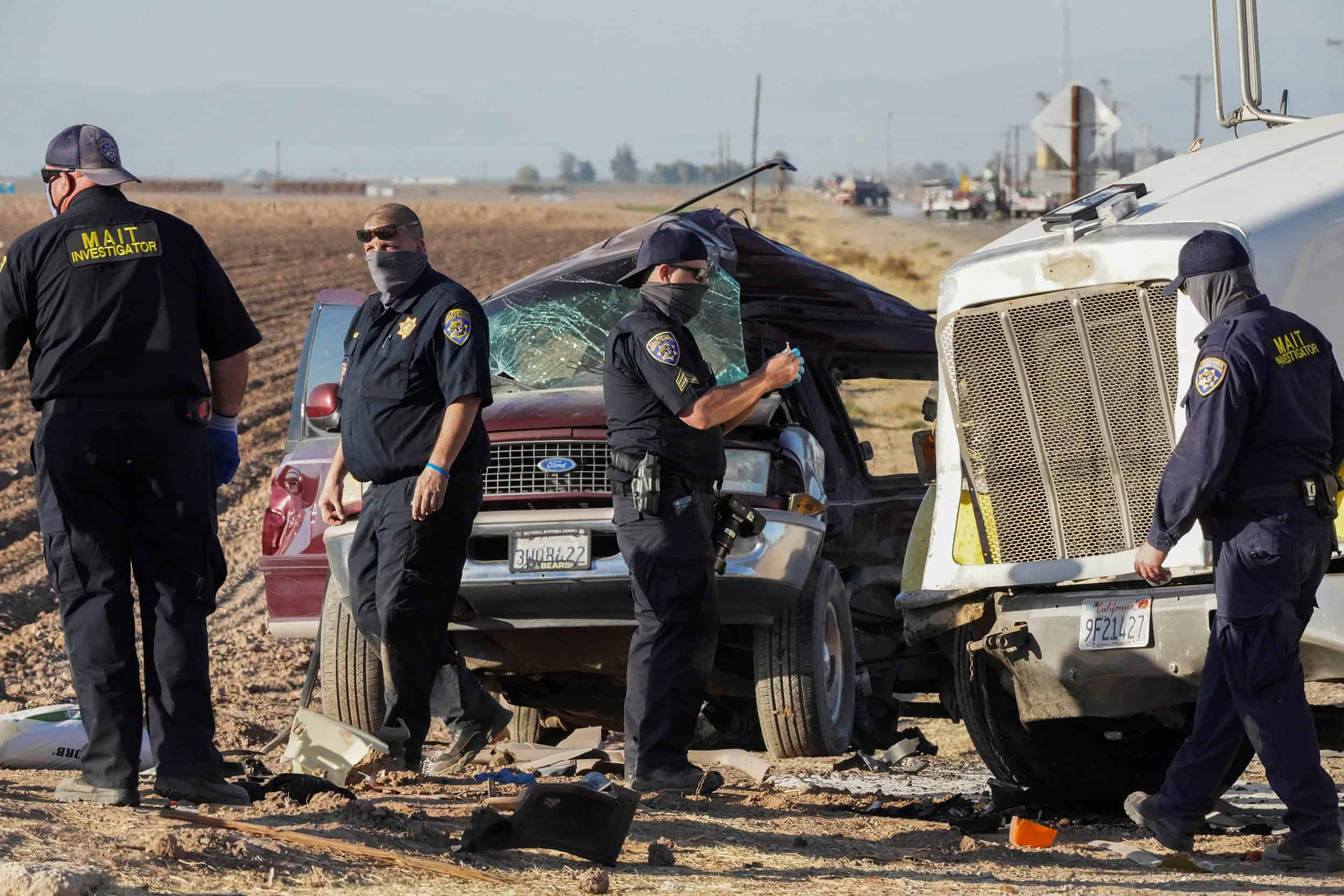 Yesenia Magali Melendrez Cardona is a 23-year-old woman who fled from violence in Guatemala. She was looking for a safer life in the US, her family said.

An SUV and a Tractor-trailer collided near Holtville, California on March 2nd. One among the 13 people killed when the SUV transporting them hit a tractor-trailer truck is a 23-year-old woman fleeing violence in search of a better life, said her family.

Yesenia Magali Melendrez Cardona had told her father that she wanted to be like her father and go to the United States. Here, her father had started a new life 15 years ago.

She couldn’t fulfill her dream of reaching America, says her father. It disappeared into thin air. He reached California Wednesday. He had no words to express his grief. He could not see or hug her. Yesenia along with her mother were among the 25 people in a 1997 Ford Expedition that tried to smuggle them to the US.

The vehicle drove through a border fence cutting this Tuesday. The smuggler was driving it through the California Agricultural Imperial Valley. On the way, the SUV lopsided when it hit a tractor-trailer truck. There were two empty trailers in the truck.  17 among them were Mexicans. 10 of them died including the driver.

Nine among them had serious injuries. Two among them were Guatemalans, said authorities. The youngest among them, who got injured, is a 15-year-old girl.

They could not identify her nationality. She has serious injuries. The oldest among them is Verlyn Cardona. The Guatemalan woman was unconscious. When she came to be at the back of the damaged SUV, her daughter was with her. She was sprawled across her legs; her family told a news channel.

She received treatment for a head injury that caused cerebral hemorrhage. She is now discharged from the hospital. Yesenia’s mother always wanted to ensure a brighter future for her. She never knew she will pay a price like this for it. Her family members remember her as a caring person who enjoyed playing soccer. She was like a big sister to her cousins.

Yesenia had a good job. She was also studying to become a lawyer. But unemployment destroyed her town. The COVID 19 pandemic closed businesses.

The situation forced people to crimes. This made the streets unsafe. The people used to harass and threaten her. It was an urgent decision taken under threat to life, her family said. Her uncle had migrated to the US even though there existed the threat of either being kidnapped or getting killed.

These decisions come from a choice. Either you will die there or die for your dream; added her family.

The 23-year-old woman and her mother began the journey on February 2nd. They set out to Baja California, Mexico. They stayed there for one week before beginning their final trip across the US border.

The border patrol saw one SUV and a Chevrolet Suburban driving through an opening in the wall almost 30 miles east of the crash site. The Suburban caught fire for unknown reasons. The passengers, however, escaped unharmed and were taken into custody. According to the police, it did not follow the SUV.

The Expedition, unfortunately, hit the tractor whose driver received major injuries. According to Guatemalan authorities, smugglers instill the belief in the administration that President Biden is relaxing the restrictions on immigration.

But in truth, politics has seldom changed. Migrants from the country always have an uncertain future. They may be forced to hide in a bus. Or they may go into a tractor-trailer. He also added that they are seeing the lives lost in such endeavors.