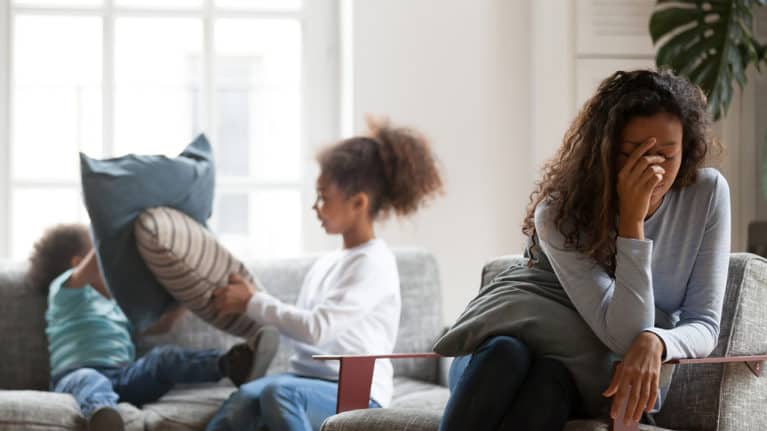 One of the most challenging years in history, the pandemic year set records for stress, worry, anger, and sadness among both men and women worldwide, according to a newly released planetary survey of emotions.

The Gallup 2021 Global Emotions Index shows the highest level of stress to date, with 40% of adults worldwide reporting “a lot” of stress during the preceding day. That is the highest level since 15 years ago, according to the report. The pandemic of 2020 caused stress, worry, anger, and sadness to people worldwide, but it was mainly experienced by women with young children residing at home.

Among the 116 countries surveyed, stress levels increased in half of them, with double-digit increases in 21 nations, the report says. Over the last year, 190 million more people worldwide reported significant stress than they did in the previous year. Covid-19’s diseases and deaths were a huge part of the stress and negative emotions, as was its economic impact, according to the survey.

The survey found that half of those who were employed during the pandemic earned less money and 32% lost their job due to COVID-19, Jon Clifton, the global managing partner of Gallup, said in his opening statement. 80 percent of respondents said they had been affected by the COVID-19.

Reports pointed out that not all countries were affected by the stress of 2020. Report authors note there were wide differences between countries, ranging from a high of 66% in Peru to a low of 13% in Kyrgyzstan, where stress levels historically have been low and have remained low.

Global polling firm Gallup has been surveying people about their positive and negative emotions for 15 consecutive years. Gallup surveyed 160,000 people in 116 countries for this report, and it was conducted between early 2020 and early 2021.

For the same reason as in 2019, Iraq headed the world’s negative experience index in 2020. Polling firm Gallup found that 56% of Iraqis say they suffer pain, 51% say they are angry, and 50% say they suffer sadness.

In 2019, Taiwan ranked lowest on the index of negative emotions and will do so again in 2020. A report indicates that negative emotions have been on the rise globally since a decade ago. An important reason is an economic and political turmoil. The survey results from Lebanon and Turkey showed that people there had few positive experiences for these reasons.

Approximately half of Lebanese have not been experiencing enjoyment in their daily lives since 2018, and the same is true for Turks since 2017. Many nations were experiencing negativity in addition to economic and political turmoil, as citizens became convinced that both business and government are corrupt.

Clifton writes that “most people believe corruption is widely spread in 79 out of 101 countries and areas worldwide, and in 85 out of 110 countries, businesses are perceived similarly.”

People worldwide showed surprising resilience, even as negative emotions rose, the survey found. Among the topics surveyed for the positive emotion, the index was feeling respected, feeling well-rested, engaging in enjoyable activities, and smiling and laughing.

Despite the negative impacts of the pandemic, the global human population was able to maintain positive emotions, except for laughing and smiling. Gallup found that over one year, people’s scores on the statement “smiled or laughed a lot the previous day” dropped from 75% to 70%, the lowest score ever collected on this topic.

Salvador had the highest positive index score in the world, at 82. Colombia, Nicaragua, and Paraguay also topped the positive index, along with North America as a whole. Also among the top ten ranked countries were Iceland, Norway, and Finland, whose national happiness scores have traditionally been high.