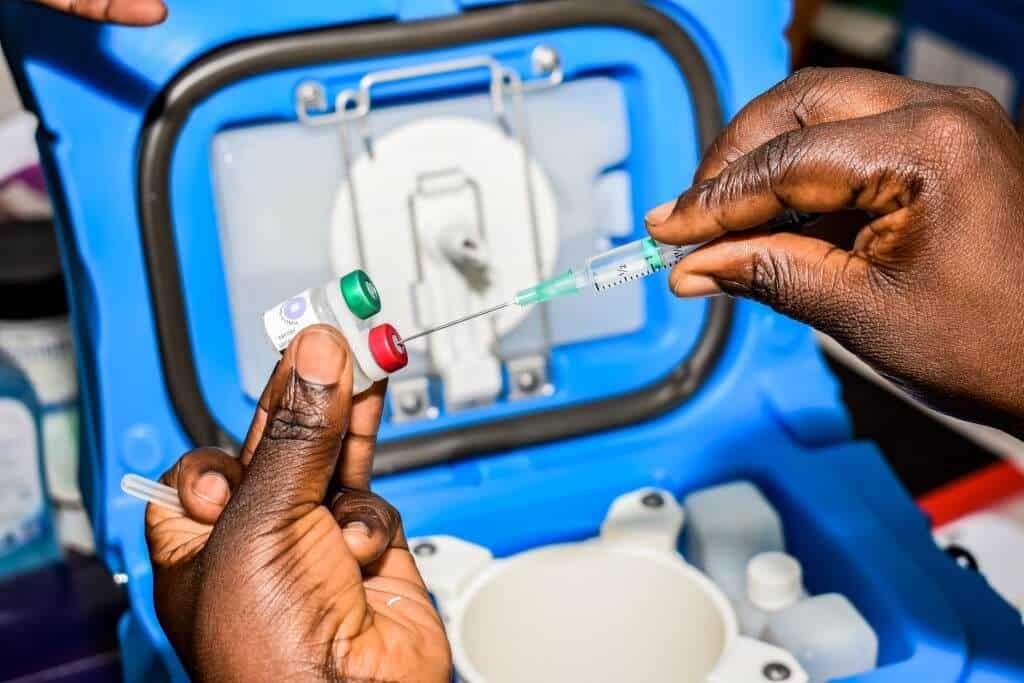 World Health Organization (WHO) has approved the first vaccine against malaria. The move will protect the lives of thousands of children each year, experts say.

More than 50000000 people succumb to malaria each year. Most of the deaths happen in sub-Saharan Africa. The number of deaths mentioned above also includes 260,000 children below 5 years of age.

Malaria is a febrile disease. If the child’s immunity is weak, symptoms will appear within 15 days after the carrier mosquito bites. The symptoms remain unidentified until the illness advances to a severe stage. The only way is a treatment made available within 24 hours of identifying the symptoms.

If left untreated, the patient dies. In the most advanced stage, the child develops respiratory failure and serious anemia.

Mosquirix, the WHO-approved vaccine against malaria, is administered in children in three doses during the time period of 5-18 months and the child receives the fourth dose after 18 months. If Gavi, the vaccine-alliance approves the shot against malaria, it will buy the same for the countries that request them. The vaccine, manufactured by GlaxoSmithKline, showed 55% effectiveness during its clinical trials. But it went down to almost 0% within four years. Upon completion of the clinical trials, countries like Ghana, Malawi, and Kenya incorporated the vaccine in their routine vaccination program for children. The project will try to address all the concerns with regard to the vaccine. It will evaluate its efficacy and how to administer its four doses to ensure maximum benefit. This is a WHO-advocated effort in collaboration with Kenya, Ghana, and Malawi along with other international non-profit organizations.

The vaccine, according to whose malaria vaccine implementation program, expanded the safety net available for children to 90%. It was below 70% in the past.

In 2020, a model-based analysis calculated that the use of vaccines against malaria in the countries where its instances are high will protect up to 5.4 million people. It will also prevent thousands of children from dying each year.

Researchers conducted another trial that evaluated the efficacy of the vaccine in combination with preventive medicines. They wanted to use this during the peak of transmission among children. The study found out that it was more effective and prevented serious illness, hospitalization, and death to a great extent. It was more powerful than either medicine used alone.

This is the first vaccine manufactured in the world for a parasite-transmitted disease. It teaches the immune system to fight off Plasmodium falciparum. This is the most fatal and the most common among the pathogens of Malaria in Africa.

Research in this field remained stagnant for more than five years, specifically in countries that were hit hard by Malaria, experts point out. And the arrival of a vaccine against the disease is sure to have its impact. They also expressed optimism that the vaccine, manufactured specifically for Africa, will become widely available in the future. The fact that it came during a time the research on vaccines against malaria had stopped for a few years. Children during the time remained prone to the disease and dying.

Parents and organizations working in the field were quick to understand the benefits of the vaccine. They put their faith in it. Parents here are prepared to do everything in their power to protect their children from this fatal illness. Every two minutes, one child dies from Malaria. Vaccine alliance, in the meantime, is planning to finance an expansion of the reach of the vaccination all through the continent.

World Health Organization endorsed the vaccine after a team of experts met to evaluate the efficacy of the vaccine. They recommended it to its director.

If Gavi, the vaccine-alliance approves the shot against malaria, it will buy the same for the countries that request them. The process, according to experts will take more than one year.