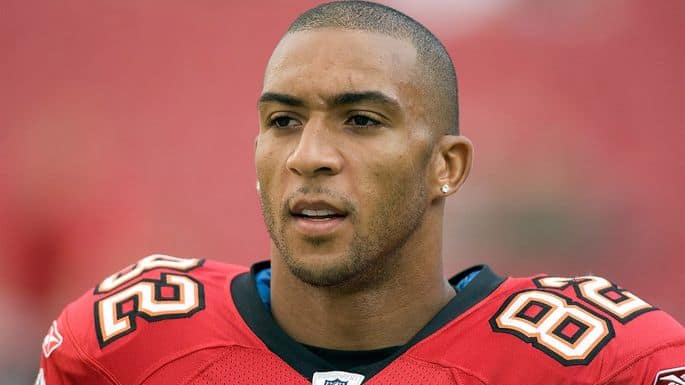 Former NFL tight end player Kellen Winslow II is going to face prison for 14 years in sex-related crimes. He agreed upon the prison sentence to serve the punishment on Friday. Winslow II is accused of raping a homeless woman. He is also guilty of assaulting two other women.

Winslow II has agreed upon the change of prison sentence for a 14-year jail term to avoid the previous sentence. Earlier, the 37 years old ex-NFL player was facing a sentence to serve a potential 18 years of prison in the case. He will now be put in jail for sex-crimes against 5 women.

Winslow was convicted in 2019 in a rape case. It is reported that Winslow raped a 58 years old homeless woman in Encinitas, California. He faced retrial on other charges. Again, he was found guilty of another rape in 2003. He committed the crime against an unconscious teenager. Winslow also plead guilty in a 2018 sexual battery of a 54 years old hitchhiker in Encinitas.

At that time, the plea capped the sentence to serve 18 years in prison.

On Friday, a San Diego County Superior Court Judge has changed the 2018 sexual battery plea to a guilty plea of assaulting the hitchhiker with the intention of raping. The change was approved for the case that leads to the modified prison term.

According to the new plea that is agreed upon between the former NFL player and the San Diego County court, Winslow now faces charges that include raping two women, misdemeanor sex crime against another two women and a sexual assault on one woman.

The potential sentence to serve 18 years in prison is brought down to 14 years of prison with the approval of the sexual battery plea’s replacement. Winslow agreed to it and will be sentenced next month in cases of sexual crimes.

According to Dan Owens, the San Diego County Deputy District attorney, a unanimous verdict was not reached in the 2019 trial.  Winslow’s first trial took place in the spring of 2019. There were some unresolved trials that the jury was unable to conclude.

Owen said that the jury could not decide whether Winslow raped the hitchhiker in 2018 or not. It also remained unresolved if he raped the 17 years old teenage girl at a Scripps Ranch house party in 2003. These unresolved cases were considered for retrial, and Winslow pleaded guilty.

According to Owens, if Winslow has to face a retrial on these unresolved cases, his sentence will have been even lighter.

However, Owen added that taking everything into account for Winslow’s conduct, the court finally concluded that the latest sentenced to serve 14 years in jail seems to be appropriate.

The sentencing of Winslow was scheduled for last year in 2020. But the courts were closed at that period of time due to the coronavirus pandemic. The sentence was thus postponed.

Winslow II, who the Cleveland Browns drafted in 2004, had spent four seasons with the team. He was named as the Pro Bowl in 2007. Apart from the Cleveland Browns, Winslow had also played for the Tampa Bay Buccaneers and New York Jets. He was also a part of the New England Patriots. The last season played by Winslow ended in 2013. He had played about 10 NFL seasons with the four teams.