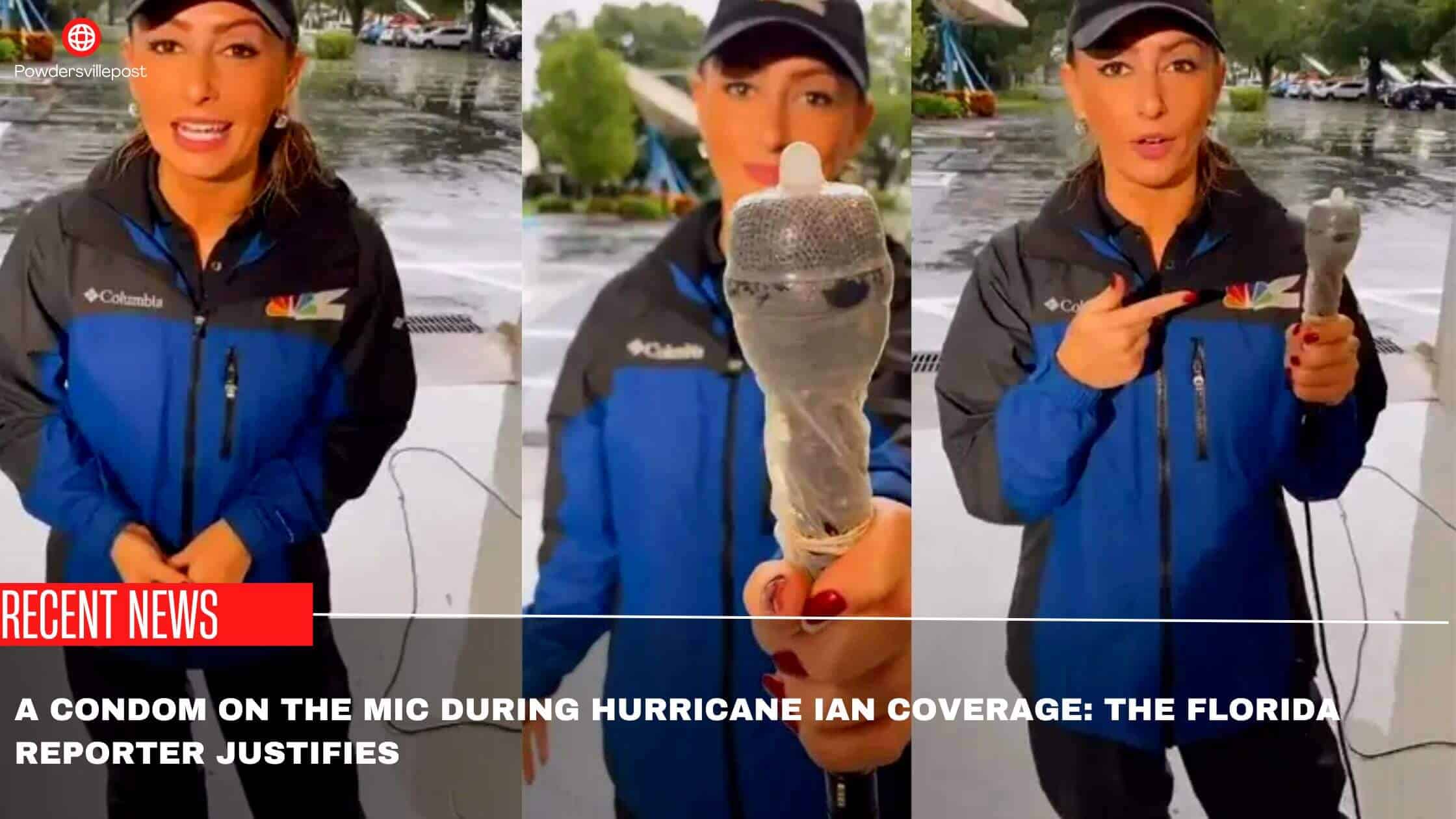 There has been a recent incident that has caught a lot of popularity. It has been concerned an attempt by the Florida reporter to put a condom on the mic when she was reporting for a hurricane broadcast.

Most of the people who watched her on TV pointed out this nuisance that she was able to create, and accordingly, it became very cringeworthy to watch.

It has happened with NBC, probably for the second time. The incident concerned a hurricane that was reported in Florida by the reporters. But there was one reporter, Kyla, who got the attention of all the viewers.

At the reporting time, she was seen adjusting her Mike repeatedly. Some bubbles on the mic seemed to distract her, so she could not focus on the news and the camera at the reporting time. Not only this, but also she was rolling over a paper on the mic again and again. It was finally when the people realized that this particular bubble was the bubble created by a condom that the reporter was trying to roll on the mic at the time of her work. This was unethical and unwarranted, especially at work time.

Most people started criticizing such an attempt by a reporter of a prestigious news channel that too in the live event. People decided to report this issue, and the matter was already trending on Twitter. But it was recently that the reporter has also spoken up about this incident and has tried to establish a valid defense for choosing a condom on the mic.

🔵The Former Sports Reporter For USA TODAY MLB Dies At 64

Due to the excessive rainfall in that area, it was becoming difficult to Undertake live reporting because the water was, again and again, entering the mic and the mic was not at all functioning. In such a situation, to ensure the continuous delivery of the reporting, it was vital to protect the mic against any damage.

And the only available method with the help of which the mic could be protected without distorting the voice was covering that with the help of condoms that were widely available to her. She also justified the event by displaying her commitment that she didn’t even get bothered by the loss of the goodwill that she would be able to experience after this incident.

All that was a matter of concern to her was only work and increasing the efficiency at work at every cost. In such a situation, it was the only possible solution she could practice, so she finally did that. She also expressed her astonishment at the people’s reaction, as if they had not seen any condom before. It was just a different type of use to which condom was applied so that a better efficiency at the reporting time could be obtained.

How do people react?

People have been able to take up this incident very hilariously on social media platforms like Twitter and Facebook. For most people, it was essential to at least follow up with the reasoning that she has given, quoting her commitment to the work. It is believed that she has also received a lashing from the channel authorities for having undertaken this practice.

A person must always be in a position to maintain integrity at work, and such incidents usually reduce the respect and utility that most people have. Accordingly, it has to be said that people should avoid this kind of conduct, even if it is the last resort, to avoid public embarrassment. This is one of the essential guides that all people must remember at every point in time before anything goes wrong.