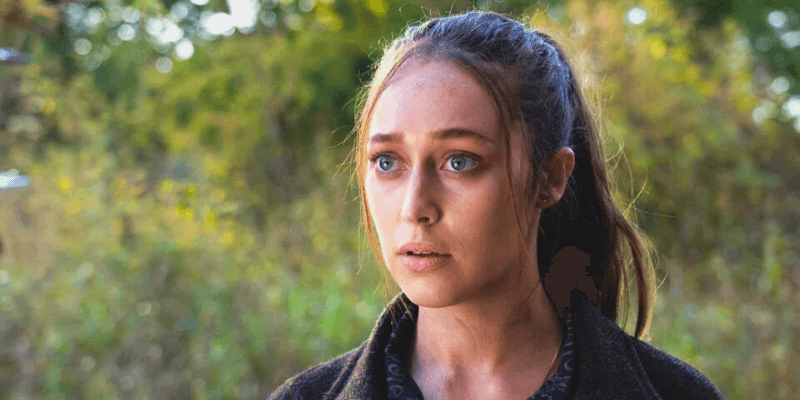 Rachel Ward’s Australian short show Martha’s New Coat, and the American catastrophe film Into the Storm were her first forays into feature films (2014). She made her debut as a director in the season seven episode of Fear the Walking Dead, “Ofelia,” in 2022.

On July 20, 1993, Debnam-Carey was born in Sydney, Australia. Her mother, Leone Carey, worked as a substitute essayist for children’s television, and her father was an actor. Into the Storm featured Debnam-Carey as a supporting actor in 2014.

Before Galentine, she appeared in a pilot for AMC called The Devil’s Hand with Peter Fonda and Ridley Scott as the co-chiefs, but AMC decided not to make it into a full series.

It was in episode six of The 100, broadcast on December 3rd, 2014, that Debnam-Carey made her second appearance as Lexa. Lexa quickly became Debnam-breakthrough Carey’s role and a fan favorite.

On December 1st, 2014, AMC revealed the four starring roles for Fear the Walking Dead, with Debnam-Carey taking the role of Alicia Clark.

The showrunner of The 100, Jason Rothenberg, announced at San Diego Comic-Con International in July 2015 that Debnam-Carey would return for the show’s third season. AMC had agreed to allow her to film for both series in two separate blocks of time.

According to the actress who played Alicia Clark, Sunday’s episode of AMC’s series signifies “the end of a magnificent and extraordinary expedition,” and she confirmed her departure on social media.

By way of Los Angeles, we’re here. An early member of “Dread The Walking Dead’s” cast, Alycia Debnam-Carey, has decided to leave the show after seven seasons.

Since the show premiered in 2015, the actress has played Alicia Clark, and on Sunday’s episode of AMC’s series, she noted that “the end of an extraordinary and trailblazing journey” for her character was marked by the show’s final credits.

Since they began their crazy journey together at the tender age of 21, she has turned 28 and decided it’s time to move on as a performer and a person. Similar to our positions, she expected to seek out new challenges, and new opportunities, and remove yet another part of herself from the picture.

Debnam-Carey also expressed gratitude for the opportunity to direct her first episode of the demonstration of the ongoing seventh season while reminiscing about her experience on the show.

Kim Dickens, Cliff Curtis, and Frank Dillane, among others, have all left the show over the long term, close to Dave Erickson, who was the showrunner from the beginning of the series. Debnam-next Carey’s project is “Holy person X,” a new Hulu series.