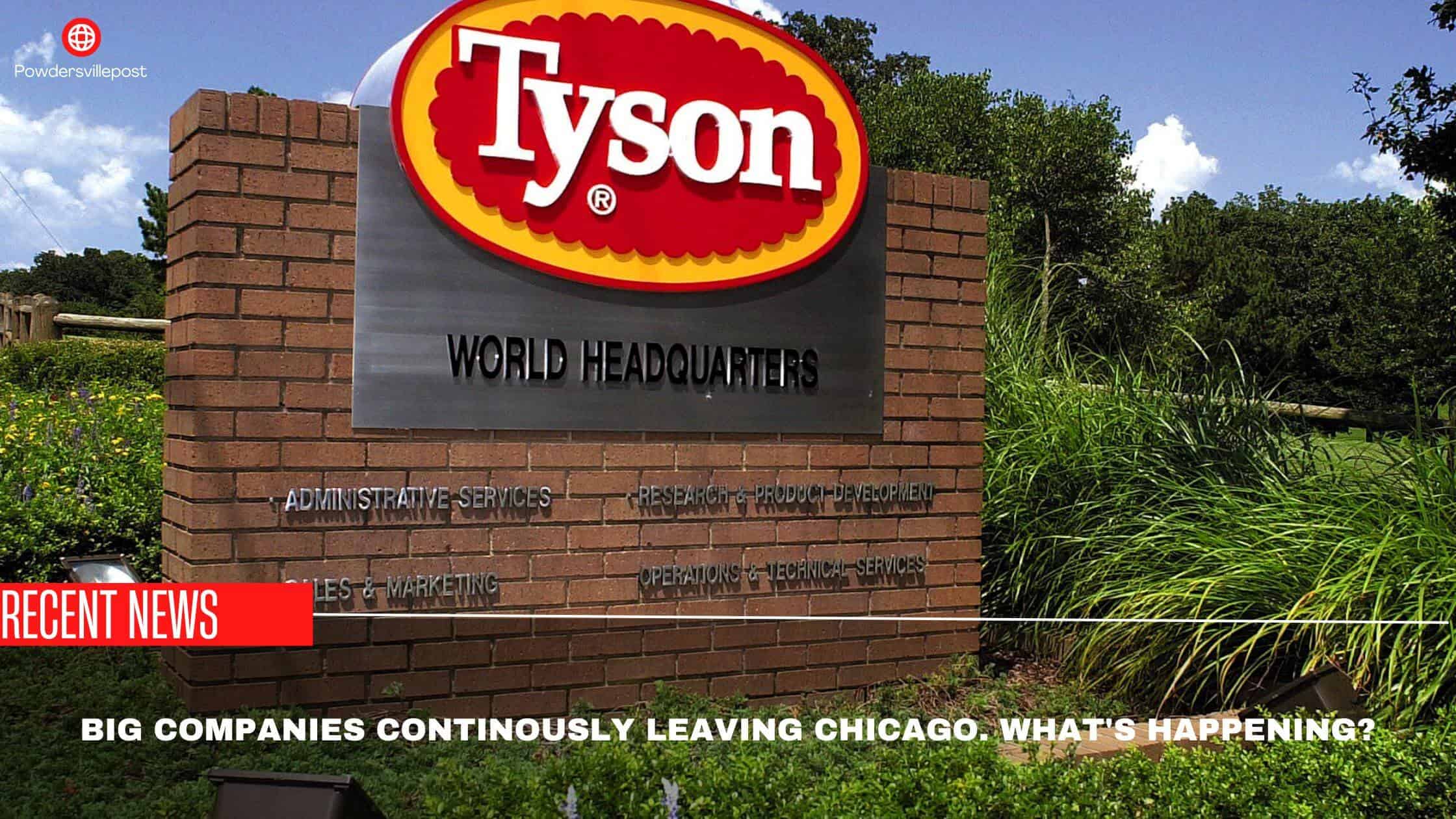 One by one, a handful of big companies are leaving Chicago. A trend that kicked off earlier this year is hosting new hits as each month passes.

If ‘Tyson foods’, the meatpacking giant, the largest U.S. meat supplier in terms of sales is the last one to report packing their bags from Chicago,  Boeing, Caterpillar, and Citadel left even before.

On Wednesday, Tyson made it clear that they are leaving offices in Chicago, Downers Grove, Illinois, and Dakota Dunes in South Dakota. which hosts a notable share of its prepared foods and beef-division employees.

The heads of the company explain the company’s current measure is to summon all its corporate employees to its global headquarters in Springdale, Arkansas. Provided enough time, the company will have to relocate early in 2023, which will see about a total of 1,000 employees working in the three offices ending their Chicago journey.

Whilst Tyson Foods were modest in revealing the exact reasons for the departure, companies like McDonald’s, which is headquartered in Chicago, have made it clear what’s cooking underneath. CEO Chris Kempczinski did hold back nothing when he blatantly criticized the city for crime and warned that it’s not safe.

“Everywhere I go, I’m confronted by the same question: ‘What’s going on in Chicago?’” Kempczinski told the Economic Club of Chicago on Wednesday.

Along with sharing his own concerns, he further disclosed his employee’s worry as he said it’s difficult to recruit people to work at the company’s headquarters, noting: “One of the things that I hear from our employees [is] … ‘I’m not sure it’s safe to come downtown.’” But even despite these sharp statements, McDonald’s has decided to stay.

Echoing the McDonald’s CEO, Citadel hedge fund CEO Ken Griffin has been equally vocal on Chicago’s presumed downfall in standards over the months. Often deemed as the richest man in Illinois, the billionaire’s criticism of Illinois’ Democratic governor has been grabbing headlines for quite some time. A company that has been headquartered in Chicago for more than three decades, their departure certainly gifted a massive blow to the city, journalists say.

While he cited personal and professional reasons for the departure including Florida’s business-friendly climate and tax advantages, Griffin earlier this year considered leaving Chicago, due to violence. “If people aren’t safe here, they’re not going to live here,”, he said to the Wall Street Journal.

One cannot blame these companies blindly as Citadel’s present office, located in the Loop at 131 South Dearborn Street, is a neighborhood that has recently experienced an uptick in violent crimes such as deadly shootings, violent armed robberies, and carjackings.

On the whole, experts are pointing to the after-effects of Covid-19 as the reason for exacerbating the inequities, violence, and crime, with murders hitting an almost three-decade high last year. Even though the US as a whole is grappling with the demons unleashed by the pandemic, Chicago-centred departures concentrate on enduring issues that existed before the outbreak.