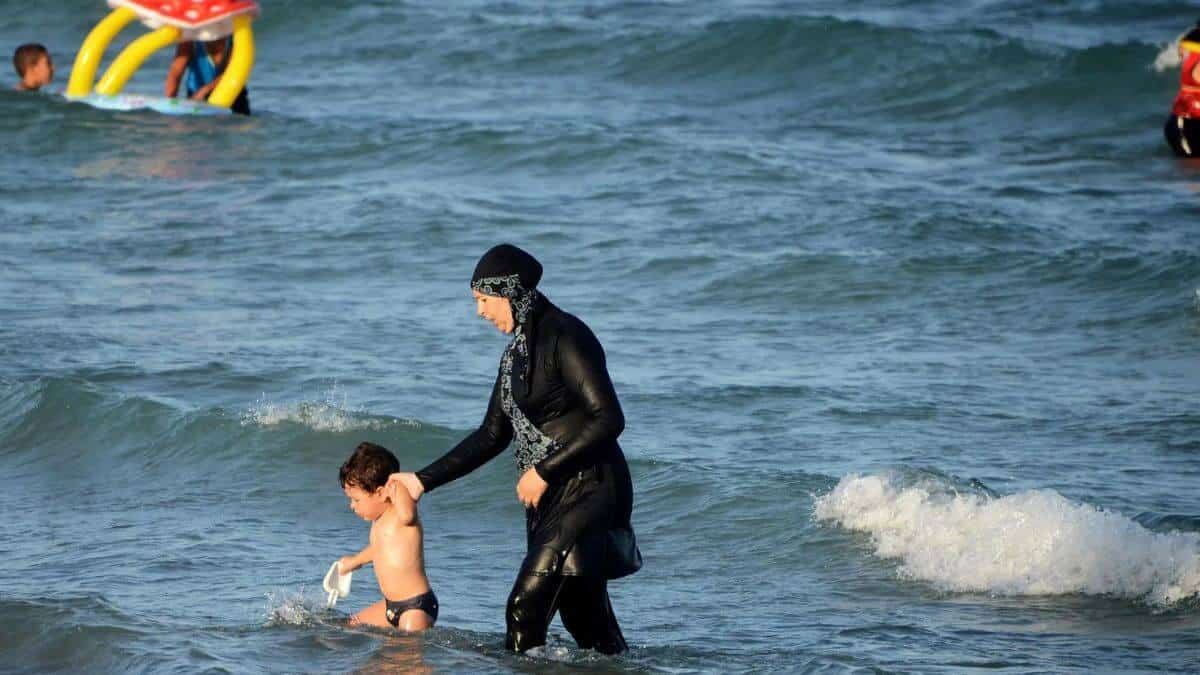 The use of public swimming pools is subject to certain guidelines that are established around the world. Anything can be governed by laws or rules, and recently one such topic in France has gained a lot of attention.

Southeast France’s Auvergne-Rhône-Alpes region includes the city of Grenoble. The city is renowned for its museums, winter sports, and other attractions and is located at the foot of mountains between the Drac and Isère rivers. Numerous public swimming pools (indoor and outdoor pools) with top-notch amenities are one of the main attractions offered by the city of Grenoble.

The prohibition on “burkinis” in Grenoble’s public swimming pools was reaffirmed on Tuesday by France’s highest administrative court. Swimming pools frequently have dress regulations, but after a wave of complaints from Muslim women in the area, the city last month enacted a law allowing burkinis in the city’s public pools. Muslim women swimwear “burkinis,” a type of swimsuit that covers their bodies and hair.

Midway through May, the council of the south-eastern city held a vote to approve new bylaws allowing various swimming attire, including the burkini. However, after the regional administrative court ordered the policy to be stopped, Grenoble appealed the decision, which resulted in the French court decision that was delivered on Tuesday.

On Tuesday, the court rejected a request to permit burkinis in Grenoble municipal pools, siding with the government’s objection to the action that had reignited the nation’s divisive debate over Islam. Critics view this contentious situation that is occurring in France as a sign of “creeping Islamization.”

Tuesday, the State Council determined that specific legal exceptions made to accommodate religious requirements will have an impact on how well public services operate. They also claimed that allowing “burkinis” would compromise customers’ right to fair treatment, concluding that the neutrality of public services has been established. The court went so far as to say that Grenoble’s backing of burkinis allowed some swimmers to disregard the “hygiene and security norms.”

Burkini bikinis, which cover every part of the body save the hands, face, and feet, have been the source of disputes for years. The organisation that objected argued that this dress requirement violates the secularism of the French government and implies that all religious activities should be prohibited in public spaces and gatherings. However, several Muslim women objected to the restriction, claiming that it unfairly targeted their faith and their bodies due to long-ago misconceptions about Islam.

Due to strong restrictions on displaying religious views, Muslim women in France have historically had difficulty obtaining public facilities. The United Nations Human Rights Committee and other rights groups have criticised such prohibitions in part because to this.

The decision was described as “a win for the law of secession, for secularism and beyond, for the entire Republic” by the French interior minister Gérald Darmanin in a tweet. According to the authorities, French swimwear regulations in public pools are extremely tight to ensure that swimmers have a secular and hygienic experience. In most cities, swimming without a cap was prohibited in public pools, as were baggy swimsuits and loose apparel.