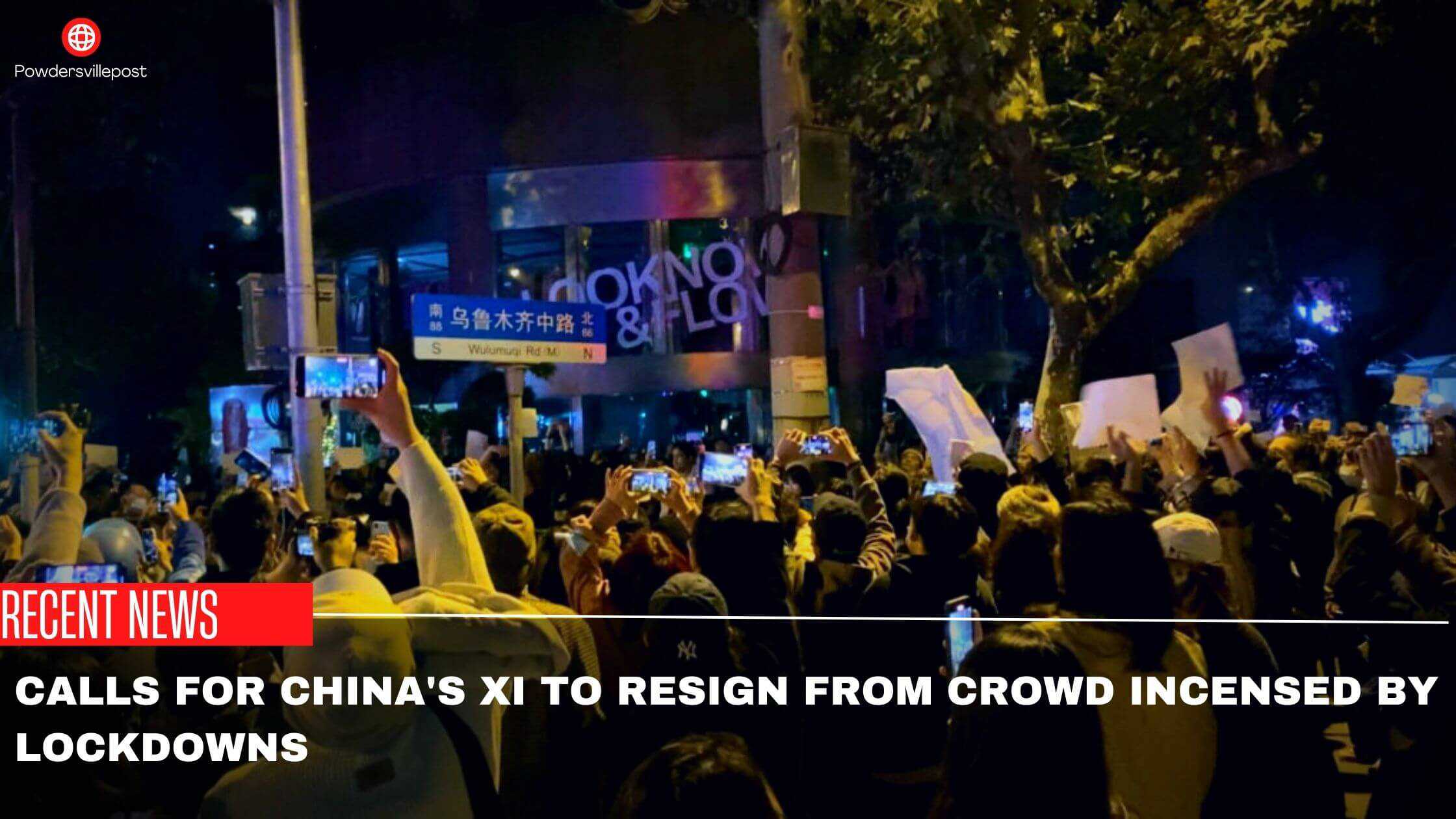 Protests are intensifying day by day against strict anti-virus measures in china. The protests began on Friday and have spread to cities including the capital, Beijing, and other university campuses.

people are struggling to live under strict lockdown rules.  The protest is  against the government and

removal of the country’s powerful leader Xi Jinping to step down and end the communist party. Hundreds of demonstrators gathered in Shanghai, which experienced a devastating lockdown in the spring.

People are struggling to secure their basic needs like medicines and groceries and they are forcefully taken into centralized quarantine.

Police forcefully cleared the demonstrators by using pepper spray. But hours later people rallied in the same spot. The police formed a line to resist protests marching in Beijing. A reporter saw that protesters were arrested and driven away in a bus.

A video of the protest in Shanghai verified by The Associated Press states that the demonstration clearly said: “Xi Jinping step down.

It has been three years since the pandemic emerged. Still, China is taking strict anti-virus measures to prevent the transmission of COVID-19.

The China government has implemented a “zero COVID” strategy that suspended access to neighborhoods for weeks at a time. Some cities are conducting covid tests on millions of residents. So the infected number is lower compared with those of the United States and other major countries. People are complaining about being quarantined at home.

Many of them lacked medicines and food. The current party is threatened by the people following the deaths of two children whose parents said antivirus controls hampered efforts to get medical help.

The protest intensified due to the death of 10 people in an apartment building in a city named Urumqi in the northwest. The people who died in the fire broke were those who have been locked in their houses for four months.

About 300 demonstrators gathered late Saturday in Shanghai to protest against the government. Around 25 million people were confined in their houses for almost two months. In Urumqi, one of the protestors brought flowers and candles to show their respect to the people who died in the blaze.

China experienced a weekend of protests and the Chinese public’s ability to tolerate the harsh measures has reached a breaking point. People also talked about topics based on the existing taboos in china.

One of the protesters said,” Everyone thinks that Chinese people are afraid to speak and they can’t protest against any injustices. That was his first time demonstrating. When he went there, he found that people who participated in the demonstration were very brave.”

The protest was peaceful in the beginning. But it turned violent in the early hours of Sunday. The police struggled to move people from the main street. Many of the protestors were taken away and forced by police into vans.

🔵 Travel Eases In China As Flights Resumed From Xi’an

One of the protesters named Zhao said that his friend was beaten by police and two were pepper sprayed. The police were beaten in his feet as he was trying to stop them from taking his friend away.

One of the protestors screamed and yelled slogans. One of the frequent rallying cries was,” We do not want PCR tests, We want freedom”. The human rights group Amnesty International pleaded with Beijing to allow peaceful protest.

About 2,000 students at different universities in China gathered to demand an easing of anti-virus control, according to social media posts. Students shouted about the problems of common people and “freedom of speech”. The students left the university premises only after the university’s Deputy Communist Party secretary promised to hold a  discussion.

Urumqi and Korla eased some anti-virus controls to appease the public following Friday’s attempt. The state media reported that markets and other businesses will be reopened in areas deemed at low risk of virus transmission. Public transportation service will resume.