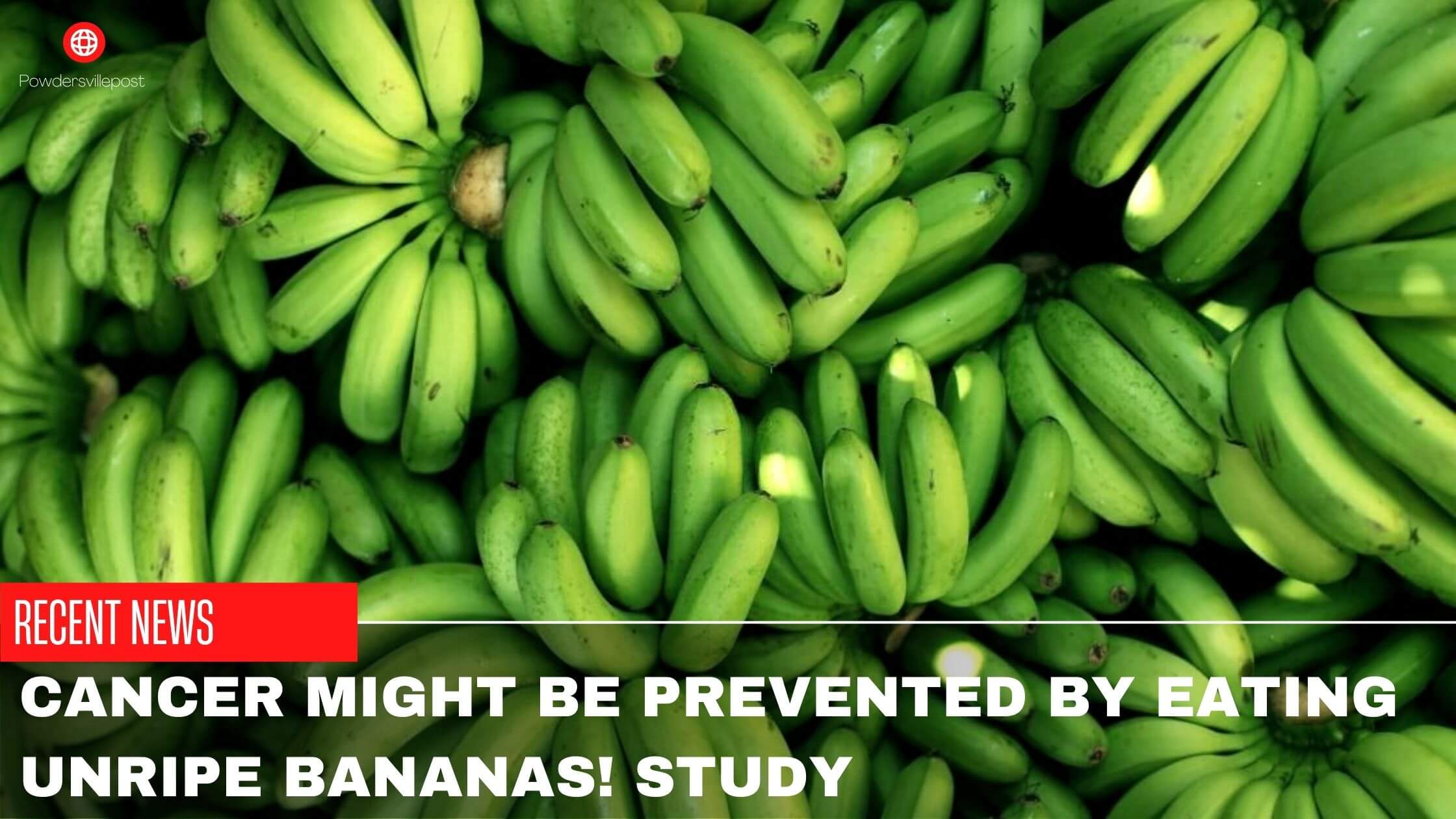 Bananas are typically eaten when ripe and yellow because they are sweeter and have more fiber. Eating green, unripe bananas can provide you with some surprising benefits, including the prevention of cancer. These are fantastic for digestive health and constipation but offer other health benefits.

What Are The Healthy Benefits?

According to a study by researchers from the universities of Leeds and Newcastle and published in the journal Cancer Prevention Research,’ consuming the resistant starch that is found in unripe bananas can lower one’s risk of developing cancers associated with the stomach.

The search for a treatment or preventative measure against cancer has been going on for several decades. Even though we have made significant headway in the direction of developing potential remedies, the primary focus will continue to be on identifying effective preventative measures. A recent study reveals that there may be a link between eating unripe bananas and a reduced risk of developing cancer. It’s possible that eating bananas that are only a little overripe will help avoid cancer.

The science backing the claims

Previous studies have demonstrated that eating a healthy, well-balanced diet high in fiber can help lower the chance of developing chronic diseases later in life. Now, researchers have identified data suggesting that eating bananas just on the verge of ripeness may help protect against a genetic kind of cancer.

Researchers have looked at patients with Lynch syndrome for the past 20 years. These patients are more likely to acquire cancers of the gut and rectal tissue. They were instructed to take a quantity of resistant starch, which is something that one may also get from eating unripe green bananas. In addition, you may find this type of starch in rice, peas, oats, beans, and even some cereals. However, bananas have the highest quantity, which is why they are the best source of this cancer-preventing starch. Bananas are also delicious.

Researchers looked at data collected over thirty years to explore the effects of particular diets on an inherited syndrome that makes people more susceptible. This investigation started with a global survey of approximately one thousand persons with Lynch syndrome. People with this disease are more likely to inherit a faulty copy of a gene that codes for proteins involved in DNA repair.

🟢A Breakthrough In Blood-Based Technologies For Cancer Is Declared By BC Researchers!

What does it mean when starch is resistant?

Once it reaches the large intestine, this is a form of carbohydrate that undergoes fermentation, making it possible for beneficial gut bacteria to flourish. According to the researchers’ hypotheses, this starch lowers the levels of bile acids in the stomach, which are important because high levels are linked to an increased risk of cancer.

It has been discovered that aspirin, in addition to resistant starch, has a similar influence on an individual’s health.

Finding a way around it

The critical ingredient is resistant starch. The resistant starch content of each food listed above is relatively high. In addition, the researchers believed there was a reasonable cause to investigate further. Nevertheless, the Inverse team’s initial premise is incorrect in the company’s report.

People with Lynch syndrome have an increased risk of developing a variety of malignancies, including colon, stomach, ovarian, pancreatic, prostate, and uterine cancer. This is because DNA damage is one of the primary reasons why cancer develops. However, the researchers discovered that cancer could be prevented in these individuals by eating foods such as beans, potatoes, and even bananas that are only slightly underripe.

Researchers found that the starch reduced the chance of tumors affecting the pancreas, the gastrointestinal system, the esophagus, and the duodenum. This was discovered after the risk, and other parameters were carefully monitored. In addition, the benefits could still be seen even after the patients had stopped taking the starch supplement.

This is a fascinating discovery. In addition, it may be beneficial for persons with Lynch syndrome to increase the amount of resistant starch they consume in their diets. It will not protect against every type of cancer. However, there is a possibility that it could reduce the chance of several additional conditions, which is preferable to not taking any preventative steps at all.