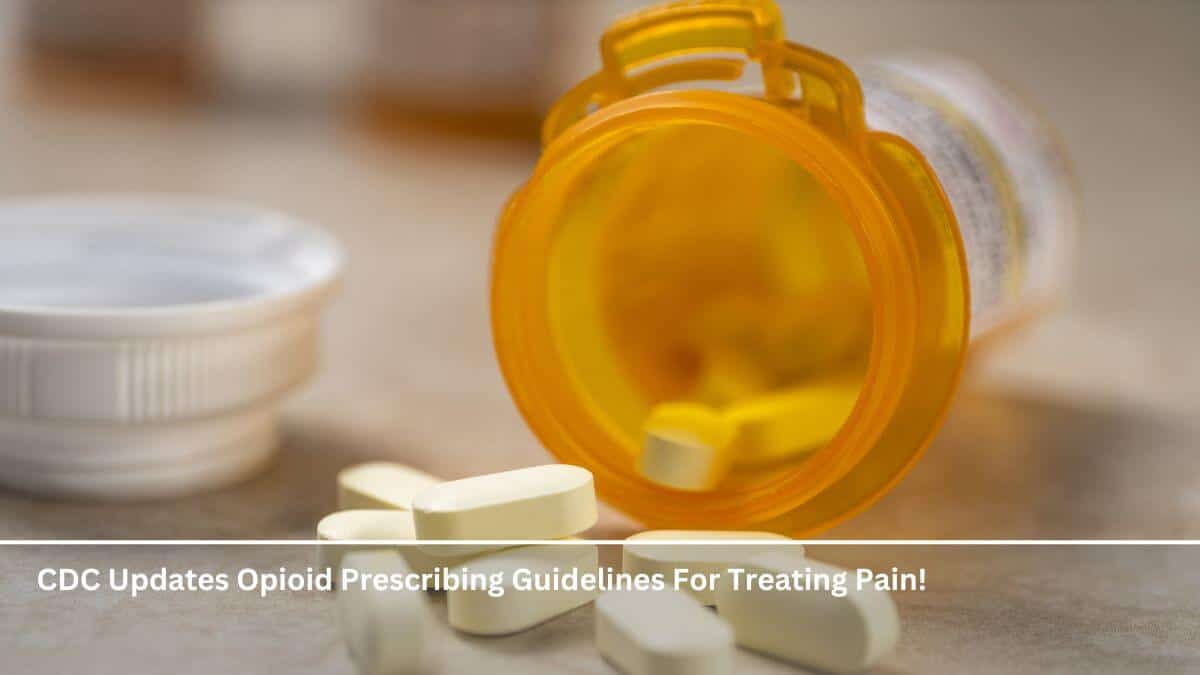 As part of reducing the opioid crisis and pain management among Americans, the Centers for Disease Control and Prevention (CDC) has released a new guideline for healthcare experts on how and when to prescribe opioid drugs to patients.

The new one replaces the 2016 guidelines which have been widely criticized by doctors and patients for creating unwanted restrictions around opioids. The CDC has come down heavily on the misuse of opioid prescriptions in the new guidelines. It has stated that the 2016 guidelines had been “misapplied” and this had led to some serious consequences like overdose, psychological issues, increased pain, withdrawal symptoms, etc.

These Guidelines Give Doctors More Flexibility In Treat Pain

One of the major drawbacks of the 2016 guidelines according to researchers and doctors is that long-standing painkiller prescriptions were cut off from the list and this created a kind of demand for drugs for people having chronic pain. This led to most of them developing some kind of withdrawal issues like depression, suicide, or overdose.

In other cases, they resorted to illicit drugs as alternatives. However, federal agencies have expressed hope in these new guidelines as they would help correct certain measures taken in the previous guideline. They also said that guidelines were never intended to become strict laws.

Christopher Jones, acting head of CDC’s National Center for Injury Prevention and Control and also co-author of the new guidelines, said that the recommendations in the guidelines are only meant to act as a voluntary roadmap on opioid prescription.

Ultimately the decision should be taken on a mutual level using the knowledge of the clinician and the willingness of the patient. He confirmed that these are not meant to be taken as strict laws that restrict the judgment of a doctor.

Dr.Samer Narouze expressed hope in the new guidelines as he believed that the older guidelines clearly took a stand that opioids are bad and their usage should be reduced. But the new guidelines accept the importance of opioids in the lives of patients living in pain. It is more concerned about relieving their pain and suffering.

The opioid restrictions were actively implemented from 2012 and continued through 2016. Even though everyone agrees to the idea that usage of opioids should be done cautiously because of the risk of overdose and addiction, another fact of the matter is that the majority of deaths due to overdose is caused not by prescription opioid use but by illegal drugs like fentanyl.

Jones said that the current guideline is not aimed at combating illicit drug use but that would be a parallel approach taken by the government. Here the focus would be to improve the overall conditions of people suffering from chronic pain, trying to reduce diversions and misuse of opioid prescriptions too.

The new document also doesn’t recommend opioids as a go-to treatment for a lot of conditions where other forms of treatments may be effective in managing pain. At the same time, the guidelines don’t restrict doctors from deciding which medicine is best for their patients as each individual will have a different physical need and a doctor would know best how to manage these according to the health condition and pain levels of the patient.

Leo Beletsky, Professor of law and health sciences at Northeastern University and Director of Health in Justice Action Lab said that the real responsibility of the CDC lies not only in releasing certain guidelines but in being more “proactive” in making sure that the opioid guidelines are implemented with maximum efficiency.

Beletsky says that the credibility of the CDC had gone down during the Covid crisis and now they have learned from the criticisms given during the last 2016 guidelines. He hopes that CDC will be able to take the new guideline to the field and create a better quality of life for people living in pain.