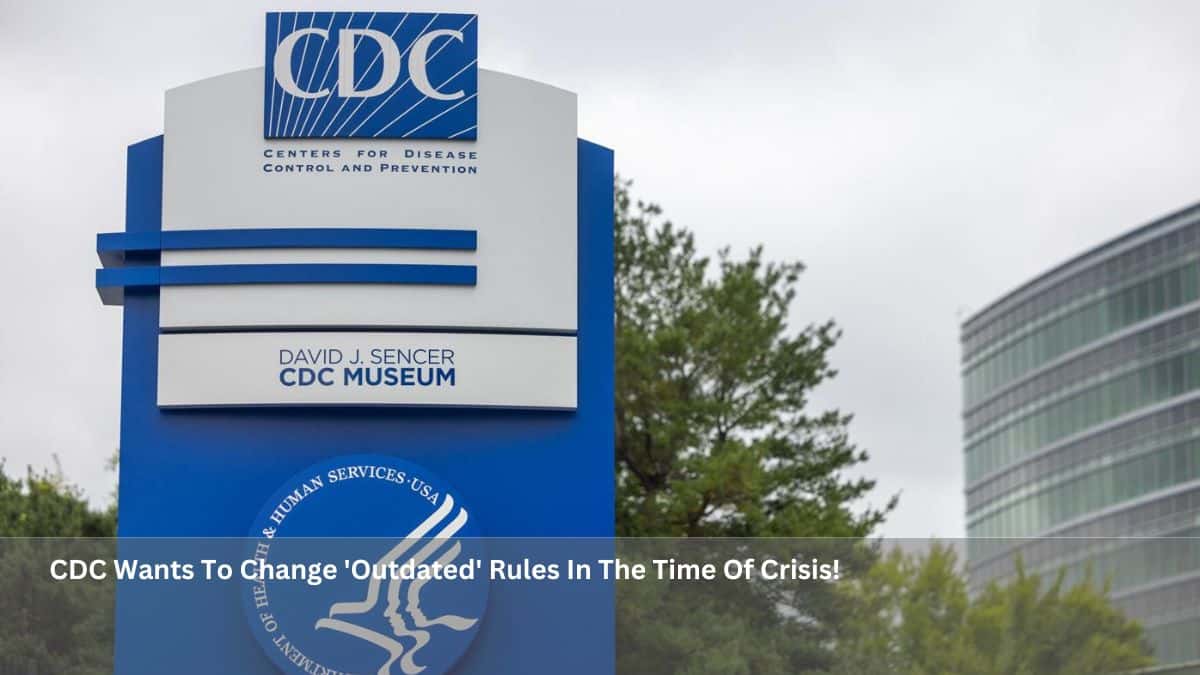 CDC wants to change ‘antiquated’ rules that hamper the agency’s ability to fight Covid, polio, and other diseases In a rather shocking turn of events, a polio case was reported in New York in July this year. This has led to a major shift in the US Centers for Disease Control and Prevention as they are looking for new and innovative ways to sensitize people about the importance of vaccinations for polio, covid, etc. One of the solutions for the CDC was to hire a person who has rock-solid connections with the community of Rockland County in New York.

The CDC Is Looking For Innovative Ways To Promote Vaccinations!

Shoshana Bernstein was the ideal candidate for the job and the CDC spent the next few months working with her to develop effective campaigns to increase the vaccination rates among communities in Rockland county, especially among the Jewish community which has one of the lowest vaccination rates. Bernstein is neither a healthcare expert nor public health official, what drives her is their passion for public health as her efforts were appreciated even by the director of CDC Dr.Rochelle Walensky.

She wasn’t paid for the time and effort she put into CDC amidst having millions of funds that can’t be used to hire or pay consultants without the permission of Congress. Walensky is making plans to appeal to congress to give independent discretion to the CDC in handling such crisis situations and also to hire consultants in the area of expertise that would help manage public health better. She said that it’s “frustrating” that an agency like CDC is not able to act swiftly when it comes to public health emergencies.

Dr.Tom Frieden, the former CDC Director from 2009 to 2017 also shared Walensky’s concern on the matter and shared an instance of such immobility to action during the Ebola outbreak in 2014. He said that to make CDC more efficient, it should be able to work without too many confines and it is a kind of “torment” that you have to deal with when working inside the government system.

🔵The CDC No Longer Recommends That Healthcare Workers Wear Masks

One of the interesting campaigns that were designed by Bernstein was of Duvi and Rochel with Super V. This is a video campaign with animated characters called Duvi and Rochel who belong to the Jewish community. The campaign expects to tackle the misinformation spread among the Jewish community about vaccinations. The campaign project is funded by the New Jersey Department of Health and Bernstein told CDC that the same campaign can be created but with the cultural flavors of different communities. She also shared with CDC about an article she had published titled “To your Health”. This has helped to create awareness about measles vaccinations during an outbreak in 2018.

Walensky also complimented the efforts of Bernstein during the measles outbreak and how she can reach the community successfully. But Walensky also shared her frustration about not being able to give proper resources or funding to novel ideas of Bernstein. An anonymous CDC official said that these “antiquated” systems have to be changed and evolved over time to make the agency more strengthened and efficient to face tough situations even in the future.

Unlike other government agencies like the Federal Emergency Management Agency (FEMA) and the US Agency for International Development (USAID) which can create contract-based agreements with people or organizations outside, the CDC is prohibited from such endeavors by Congress. Walensky hopes to convince congress to permit CDC to make such financial agreements with outside parties on matters that require immediate intervention.

Ed Hunter, who retired from the CDC in 2015 after 40 years of service also shared the same concerns as he told that a lot of his co-workers had experienced similar stories where they found it hard to convince congress about the necessity of using funds and also about the complexity of the federal procurement system.