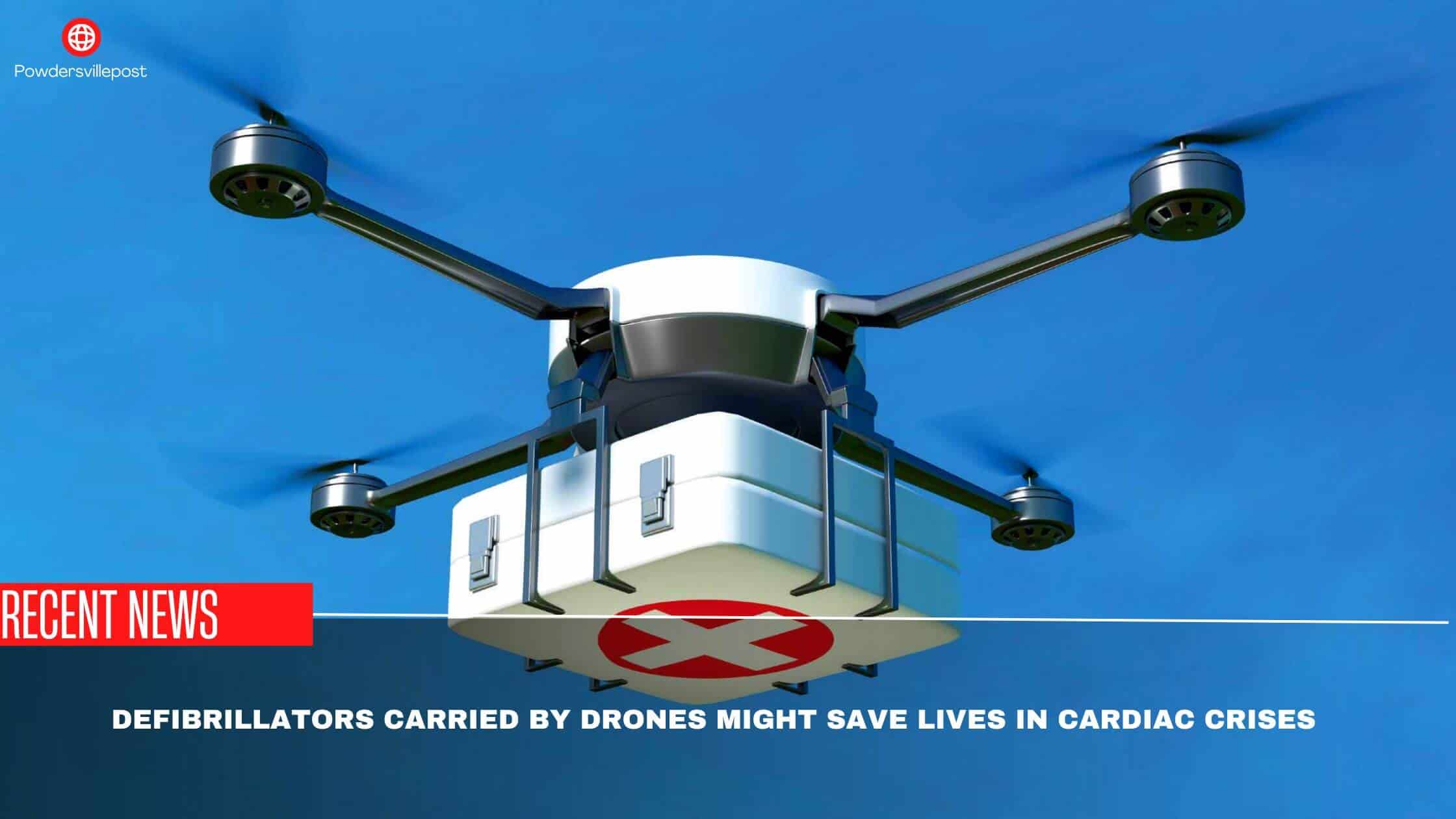 A 71-year-old Swedish man was saved after he had a sudden cardiac arrest while shoveling snow last December. The doctor could use the defibrillator because a drone helped deliver it on time according to a report by Everdrone in January 2022.

The Emergency Medical Aerial Delivery (EMADE) service offered by Everdrone is meant for emergencies like these when the dispatcher needs to send medical tools as soon as possible. This could enable medical professionals or even citizens to start off the life-saving process by the time the ambulance arrives on the scene.

In this particular case, the drone could deliver the defibrillator to his home in around 3 minutes, and as one of the people who saw the incident was a doctor who was on his way to work could immediately make use of the defibrillator and revive the patient.

The drone was developed by Everdrone in collaboration with the Center for Resuscitation Science at Karolinska Institute, SOS Alarm, and Region Västra Götaland.

Drones are used today in various fields ranging from military, and oil exploration to filmmaking and other recreational purposes. They are fast machines that are more compact than other flying devices. Hence this mobility factor allows them to be a perfect candidate for medical emergencies.

According to a 2017 study conducted in Sweden by Jacob Hollenberg, director of the center of resuscitation science at the Karolinska Institute, Stockholm, drones could deliver defibrillators that can be used by normal public 16 minutes quicker than other conventional transport models.

The drone used for the study weighed about 5.7 kg with 8 rotors and cruised at a speed of 47 mph carrying an Automated External Defibrillator (AED) weighing 763 gms. However, there were certain limitations to the study as it didn’t take into consideration the issue of bad weather and possible change in traffic patterns during dispatch.

Also, the comparison of the results between using an AED and treatment received from emergency services was not considered. Hollenberg reassures that using an AED is easier than using a fire extinguisher. He also directs us to the possibility of using drones in other kinds of medical emergencies like road accidents and allergic reactions.

Hollenberg is positive about the development of drone technology in the future for creating a full-fledged drone-based emergency service.

🔵Implanted Defibrillator May Be Harmed By High-Tech Devices

According to the National Heart, Lung, and Blood Institute, around 300,000 to 450,000 people die every year because of cardiac arrest in the US. In most of these cases, death occurs due to the delay in treatment as the treatment window is very small. It would be hard to transport the patient to the hospital or to call up the emergency services and for them to reach the spot on time.

This is where drones can become life savers as according to the study, Drones could technically deliver a defibrillator within a median time of 5 min 21 sec. This is a remarkable leap considering the time taken by ambulance or other conventional services.

If you see anyone experiencing a cardiac event near you, make sure you call 911. You can also provide CPR and use AED if it’s available. The chances of survival are better if treatment is given as soon as possible so definitely call 911 for a medical emergency.