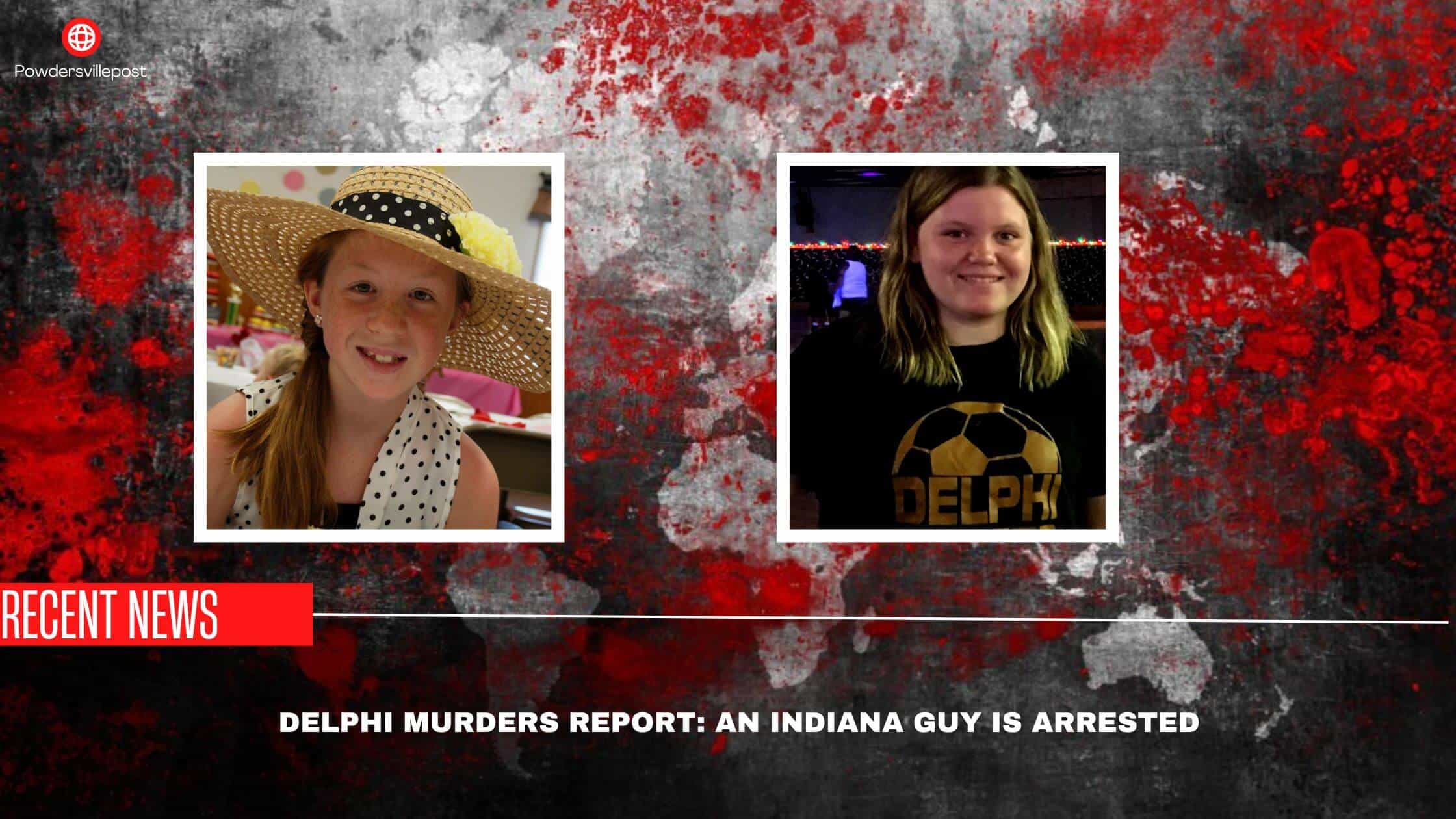 A 50-year-old Richard Allen from Indianapolis was arrested earlier this Friday in connection with the murder of two teen girls. The murders known infamously as the ‘Delphi Murders’ happened on February 13, 2017, when Liberty German (14) and Abigail Williams (13) went missing when they were walking on the Monon High Bridge Trail near Delphi. Their bodies were found on the very next day and for the next 5 years the case remained unsolved.

A lot of online podcasts and other online portals started creating their own theories around the murders. During the investigation, Police found a photo on German’s cell phone of a man who was suspected to be the killer.

The twin murders had triggered an investigation that spanned over 6 years now, with the police creating multiple sketches of the possible suspect.

What Is The Latest Report Regarding The Delphi Murders?

A man named Kegan Kline (27) was on the suspect list of the police as they found that Kline lived near to the site of the murders and he also had a fake social media account which he used to contact German. He had contacted her even on the previous night of the murders. Kline is currently in custody in Miami county on charges of Child pornography.

According to the police, Kline had plans to meet up with German on the bridge but he completely denies any involvement in the murders.

Indiana State Police discovered a fake Instagram account by the name “Anthony_Shots” in December of 2021. Back in 2020, Kline had accepted to the Indiana Police in an interview that he had access to the fake account through which he contacted German on the day of her murder but also told them that he had given the password of the account to other people as well.

This interview transcript was leaked online and this document also revealed that Kline had searched about how long DNA can last on his computer and that he also didn’t pass a polygraph test done by the police.

Another suspect in the case was Ron Logan, who was the owner of the property where the children’s bodies were found. But none of these charges stuck as there wasn’t enough evidence to track a single suspect.

🔵The U.S Experienced The largest Increase In The Nation’s Murder

German’s grandmother Becky Patty said that she doubted the statements of Kegan Kline and she believed that he might have more connection to the murders than what he has told the authorities. Patty also confirmed that the police have acquired some “DNA evidence” which they aren’t revealing at the moment.

Kelsi German, the sister of Liberty German, put up a post on Twitter thanking everyone who supported the family. She also said that any further queries should be taken to the Carroll County Prosecutor’s office and a press meeting is scheduled on Monday at ! 0 a.m where further details would be revealed.

At the request of German’s mother, the residents of Central Indiana installed an orange light on their porches commemorating the death of the girls and also denoting that the murderers are still not brought to justice. Also in August 2017, both families announced that they were planning to construct a sports complex in Delphi as a memory for their kids.

Now the recent development in the case with the arrest of Richard Allen opens up another mysterious angle to the whole investigation. Hopefully, the state police will be revealing more information about this new angle at the press conference to be conducted on Monday. Law enforcement officials are seeking cooperation from the public.