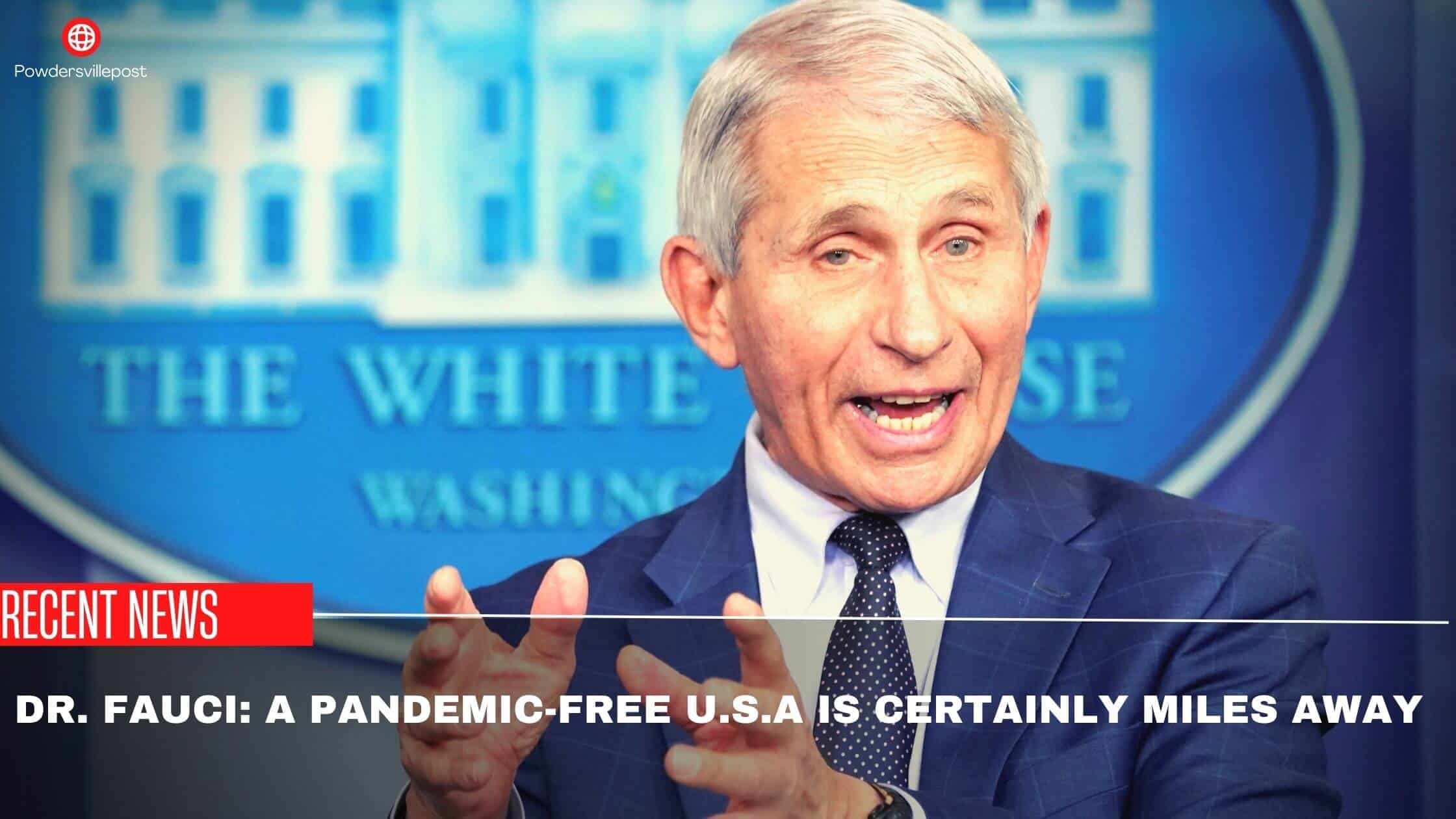 Although the number of per day covid-19 infections and hospitalizations are significantly low at present when compared to that of several months ago,

Dr. Anthony Fauci remarked that the US is certainly still in the middle of the pandemic. The nation’s top infectious disease expert also has suggested that he is seriously troubled by the divisive nature of American politics towards covid victims.

Dr. Fauci stated on Sunday in a meet the press that he doesn’t want to see anyone suffer and die from covid since he is a public health official concerned about the health of every citizen.

He added that he doesn’t care if the patient is a far-right Republican or a far-left Democrat, as everyone deserves to be treated equally with safety and health concerns that are not practiced in the country in reality.

Distribution Of Boosters Is Less Than 15%

Dr. Fauci also shared his anxiety that the daily covid deaths still ranged between 300-400 while the distribution of the latest booster dose is less than 15%. Besides, he emphasized that even if the idea is forgotten it is over, in actuality it isn’t.

While the pandemic is hitting the US for more than two years, Dr. Fauci has been on the scene battling against misinformation, let it be sent from the federal government. Once he even challenged Donald Trump, the former president on everything from the use of hydroxychloroquine to mask mandates, while upholding his commitment to science.

Meanwhile, Dr. Ashish Jha gave his statement on Sunday suggesting the incredible importance of giving as many booster shots as before the upcoming holiday season.

Since the pandemic has been a long two years disaster for Americans, and the people want to move on, Dr. Jha said that the health authority understands this, and the good news is people can move once they ensure their immunity levels are up to date.

It was in August, Dr. Fauci announced his change of role to running the National Institute of Allergy and Infectious Diseases and advising the White House as its chief medical advisor from his current duties by the end of this year.

🔵 Dr. Fauci’s Email About Lab Leak Is Being Wrongly Interpreted

On Tuesday, he has given his expected final covid briefing in which he encouraged the public to get their booster doses as soon as possible.

Fauci stated on Sunday that he hopes to be remembered for what he has tried to do as he put more emphasis on science and medicine and public health principles and bringing them together to address the serious crises the US faced so far. He further remarked that for the same, he could do everything necessary.

During his entire service as the Chief Medical Advisor to the President of the United States, Fauci has advised seven US presidents since the power of Ronald Reagan. While he was in position, Fauci went through the HIV/AIDS epidemic, the West Nile virus, the 2001 anthrax attacks, pandemic influenza, various bird influenza threats, Ebola, Zika before Covid-19, and monkeypox.