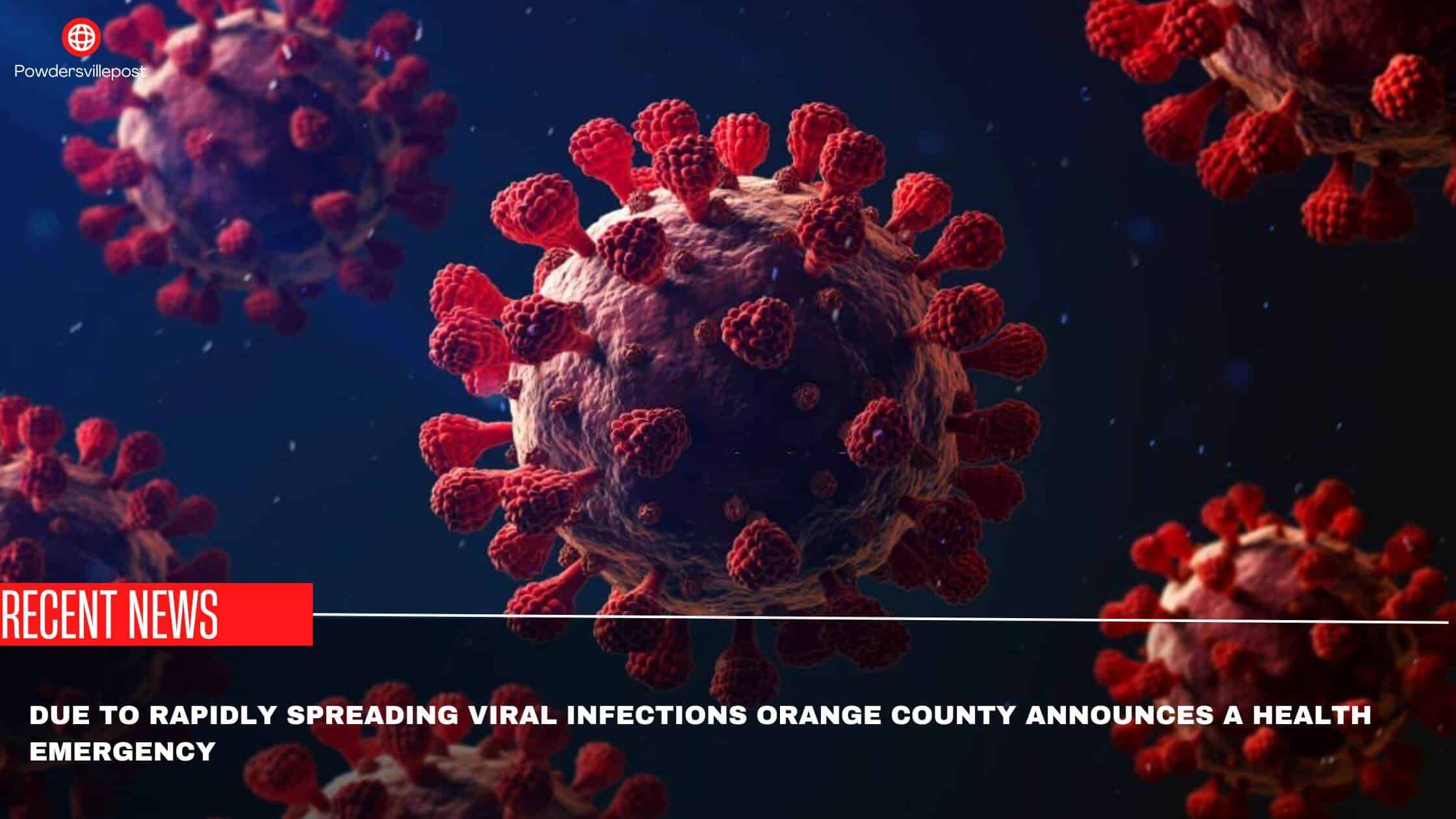 A health emergency has been declared in Orange County as viral infections like Covid, Seasonal Flu, and Respiratory Synciatic Virus (RSV) are spreading fast, leading to a high number of hospitalizations and emergency room visits at Pediatric centers in Orange County.

The County has advised parents to get their children vaccinated with Covid-19 and flu shots although there is no vaccine available for RSV. RSV spreads at a rapid pace and its symptoms are almost like that of the common cold. In most cases, it doesn’t lead to anything serious except in infants and in kids with weakened immunity.

County Health Officer and HCA’s Chief Medical Officer Dr.Regina Chinsio-Kwong said that the best way to reduce the severity of these infections is to keep up with the current precautionary measures like getting the Covid 19 and Flu vaccines and also following safety protocols.

She says that respiratory infections can be prevented by following the same things that were followed throughout the pandemic period like wearing a mask indoors when interacting with other members and staying at home if you are sick. A local emergency was declared in Orange County so that the administrators can access necessary federal and state resources to counter the situation.

Health experts are specifically giving out instructions to parents to be vigilant about symptoms like blue lips, kids tugging their rib cage, rapid breathing, head-bopping, etc. If any of these symptoms are seen, the kid should be immediately taken to the nearest hospital. They are also asking parents and caregivers to not send children with respiratory illness to child care even if they have tested negative for covid. This is because of the presence of other viruses like RSV that also can cause respiratory problems in children.

Dr.Melaine Patterson, the Chief Nursing Officer at Children’s Health Orange County said that for the past two and a half weeks, the pediatric emergency departments are reporting around 400 cases per day. She observed that last year at the same time, the number of cases was around 188 but now it’s about 285 and 11 among them are in ICU receiving treatment for RSV. The huge surge has put immense pressure on health workers too. Chinsio-Kwong said that they wanted to make sure that the Orange County Health facility has the complete ability for taking care of any child who falls ill because of respiratory infections. For this purpose, other hospitals must also be prepared to work under surge capacity if the need arises.

🔵Should Vaccinated People Be Worried About Breakthrough Infections?

A local doctor in Orange County observed that younger kids are more likely to be infected by respiratory illnesses. Dr.Rishma Chand working in the Dignity Health and Northridge Hospital said that we need to observe younger children for inflammation affecting their lungs and for symptoms like wheezing and respiratory stress as their lungs aren’t fully developed like those of older children.

Viral infection cases are seen to be increasing in other parts of California too. Dr.Christina Ghaly, director of the L.A.County Department of Health Services said that many hospitals lack a large number of pediatric beds and this can be a problem even if there is only a small spike in cases. She said that as of now there isn’t a big problem but the risk definitely exists as more and more cases have been reported in the state of California. Even though RSV is considered a low-level threat in healthy adults and children, it can be a cause of concern in infants as their airways aren’t fully developed and heavy mucus production can block nasal airways.