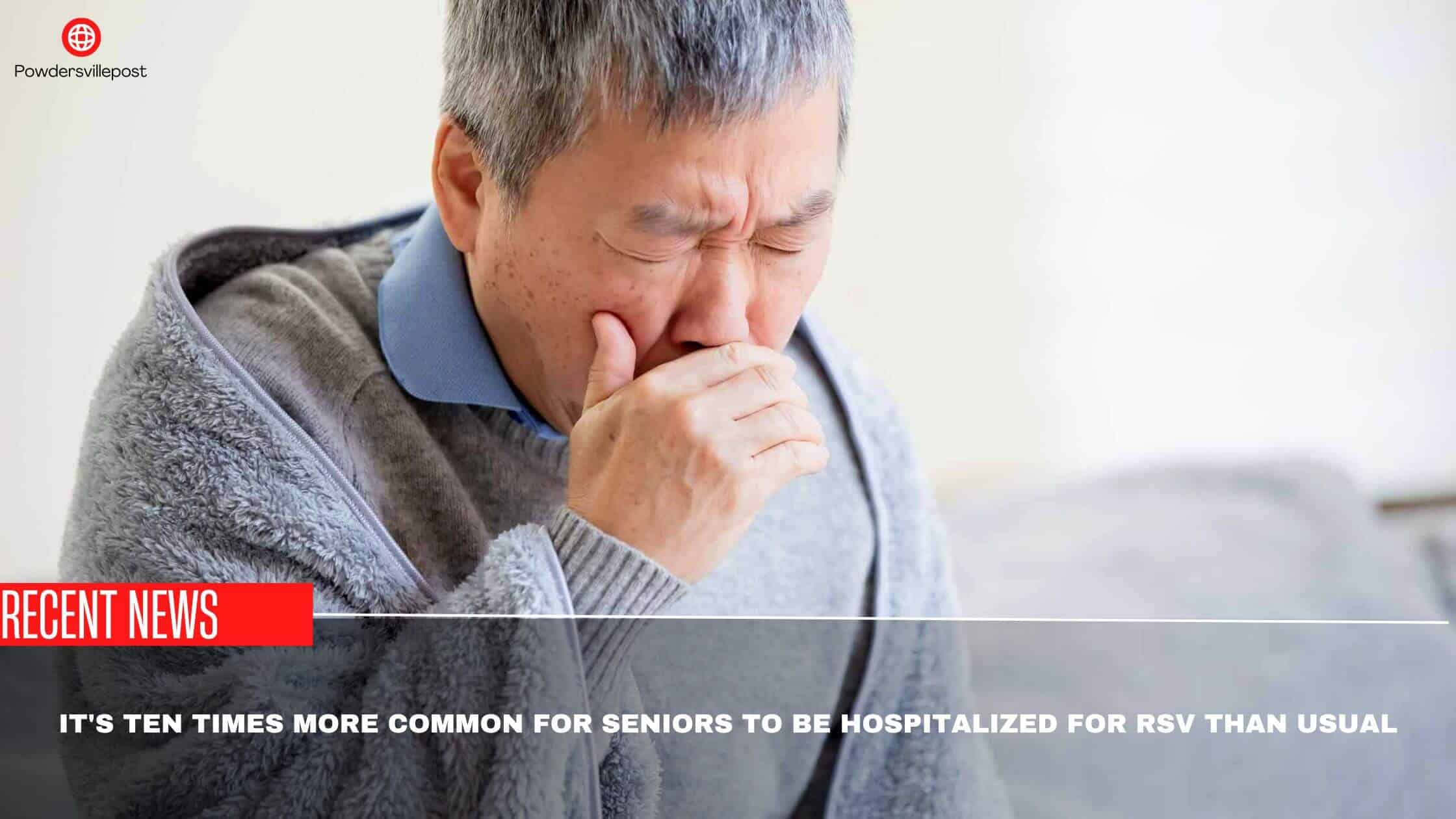 With the fall of autumn once again, the incidence of respiratory viral infections has begun. It is important to note that this is the kind of infection that primarily affects younger children.

One of the most commonly spread infections is none other than the respiratory syncytial virus. There is a possibility that all adults with a weak immune system can also get affected by this infection, but the case is significantly less when compared to children.

This Season, RSV Hospitalizations For Seniors Are Ten Times Higher Than Usual

The hospitals in many parts of the United States of America are filled with children infected by this problem.

Some adults who are either senior citizens or already facing many health problems have a better tendency to fall ill owing to this problem.

This is a severe medical burden upon the country, and every possible attempt is being made to reduce the possibility of getting infected by this problem. According to the latest statistics, after every one lakh, around six have been hospitalized due to RSV.

On the other hand, the percentage is as high as 50% for children. Initially, the infection was at its peak during June and July, but later on, it subsided, and the cases declined at an incredible speed.

But soon, in November, the issues began rising again, and this time, it affected not only the younger ones but also the senior citizens and adults.

There is an urgent need to increase the country’s medical infrastructure so that all citizens can access adequate hospitalization facilities.

Precaution and cure must be exercised by the people themselves to reduce the chances of falling ill due to this infection.

Why are adults being affected due to this health problem?

Suppose the number of infections found in adults is compared to the statistics of the previous year. In that case, it can be easily discovered that there have been ten times exponential increase in the number of adults getting infected.

A 2015 study also concluded that out of 10 million people infected every year due to RSV, the percentage of adults admitted to the hospital is only 14.5%.

Still, this year, it has already increased to 47%. The infection is likely to prevail for November and December, and it is very reasonable that there will be an increase in the disease incidence among adults. It is a severe health condition and is caused nowadays to adults as well.

🔵Experts Warn Of A Rise In RSV Among Babies

What are the symptoms?

It tries to display similar symptoms in adults as the symptoms are produced in kids. The most common symptom is the occurrence of a common cold and runny nose.

There is also a better possibility of a decreased appetite. Coughing and sneezing are also reported to occur in adults suffering from this infection.

The situation can be dire for some adults with different types of health problems because the chances of pneumonia also increase in such a situation.

That is why it is advisable to take an instant measure and visit the doctor the moment any of the symptoms is reported to be found in the person.

The government is trying its level best in order to provide sufficient medical treatments and facilities to the patients so that they could be covered properly. This is very much important in order to safeguard all the people who face greater risk in all aspects.