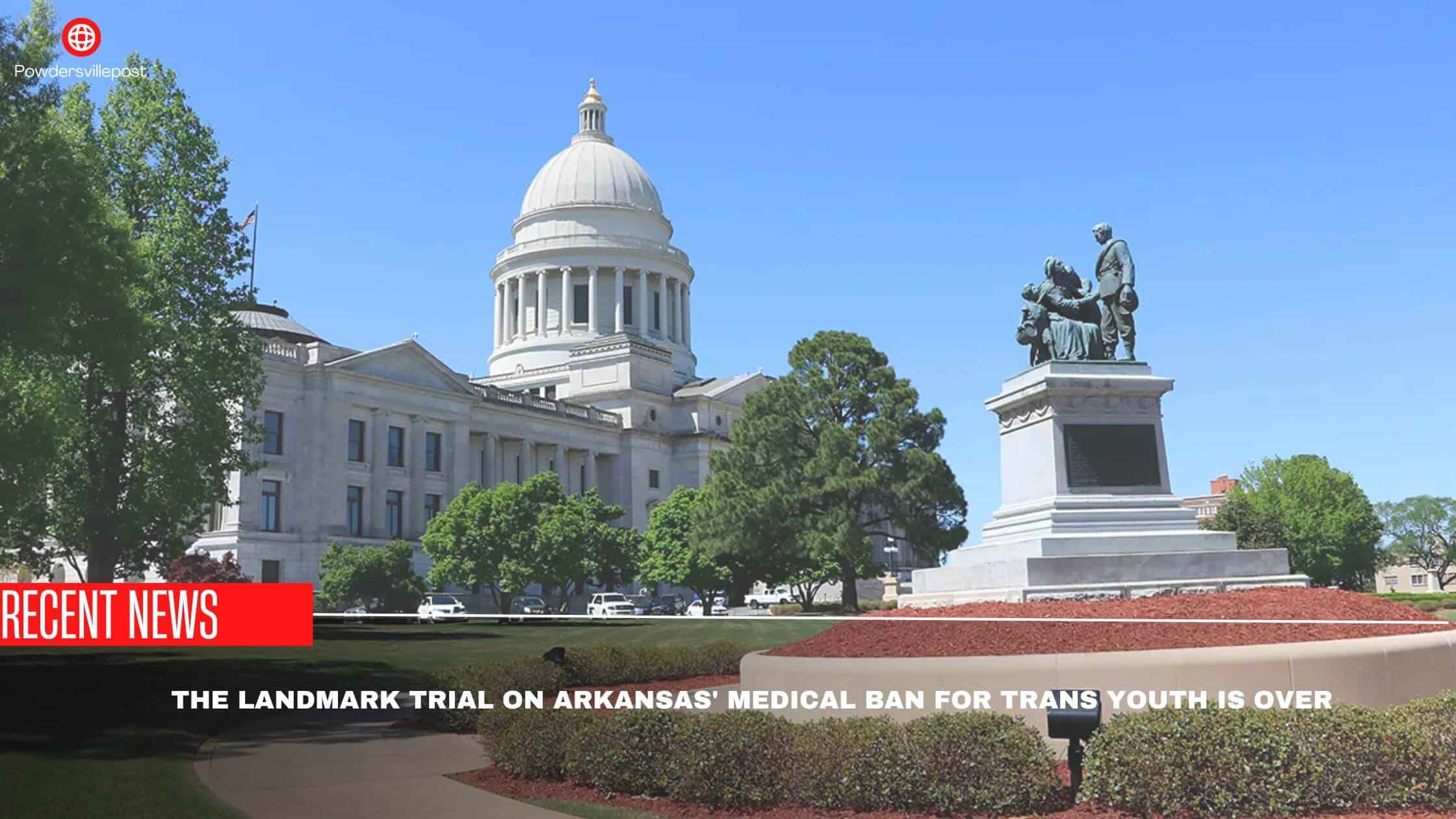 An Arkansas court on Thursday wrapped up its hearing on a prohibition law that doesn’t allow doctors to prescribe gender-conforming hormone treatment or surgery to any person below the age of 18. The law was temporarily put on hold by a federal judge back in July 2021 and from then on the case has been on trial with both parties defending their arguments.

The Arkansas state has argued that the prohibition law is necessary as children who haven’t reached the age of maturity shouldn’t be made to go through decisions that can have a big effect on their future life. The state closed its final arguments on Thursday by producing Dr.Paul Hruz, a pediatric endocrinologist as the witness. Dr.Hruz said the current medical research and treatment methods for gender-conforming treatments in minors are not based on proper research.

He said the treatment can be dangerous to minors and expressed doubt over the claim of benefits that would outweigh the risks involved. But it is also to be noted that while cross-examination by the American Civil Liberties Union Attorney (ACLU), Dr.Hruz agreed that he hasn’t come across or treated any patient with gender dysphoria. So it was doubtful as to how much credibility his opinion can have on the trial.

Arkansas is the first among other US states which enacted the prohibition law and in 2021, the republicans voted against the move by Governor Asa Hutchinson to veto the prohibition legislation. He said that the legislation was taking it too far even for individuals who are currently under treatment as it prohibits them from continuing the treatment.

The ACLU vehemently spoke against the prohibition and said that this would communicate a very regressive idea about the state of Arkansas that it doesn’t accept inclusivity and progressiveness. The ACLU has challenged the prohibition together with the families of four transgender children and they said that the reinstatement of gender-conforming therapies is crucial as life-saving care.

Holly Dickson, executive director of ACLU said that his law can have long-lasting negative effects on transgender identity and their status in the US. She said that this is one the most challenging cases for ACLU as the prohibition law is a sign of how the state of Arkansas wants to treat the issue of LGBTQ rights. The mere fact that they wouldn’t allow healthcare professionals to give eligible treatments to individuals in the state of Arkansas or even recommend another place anywhere in the US is very troubling.

Micheal Bennett-Spears, executive director of The Equality Crew said that a lot of transgender kids and their parents have approached him expressing their deep concerns regarding access to gender-affirming healthcare. The Equality Crew is an NGO that has been established to engage with the issues and concerns faced by transgender youth by creating communities where they can interact with each other to share the anxieties and fear faced by they.

As per a Human Rights report, around 300 bills against the LGBTQ community as been introduced throughout the US in 2022, and a lot of them inside these target transgender youths specifically. A poll was conducted by Hendrix college in which it was revealed that most Arkansas citizens were against the prohibition of gender-confirming hormone treatments.

Dickson expressed hope that the law can be pulled off as they have the support of the people of Arkansas. The trial has been wrapped up after hearing both parties and judge Jay Moody is expected to release his ruling anytime in the coming week. If the law is stuck down, then it would be a historic win for transgender and LGBTQ rights in the whole of the US as it would hopefully start a chain reaction to veto similar legislation in other US states.

🔵U.S Department Of State. Advancing the Human Rights of LGBTQI+ Persons Around the World Available [Online]at:https://www.state.gov/lgbtqi-human-rights/