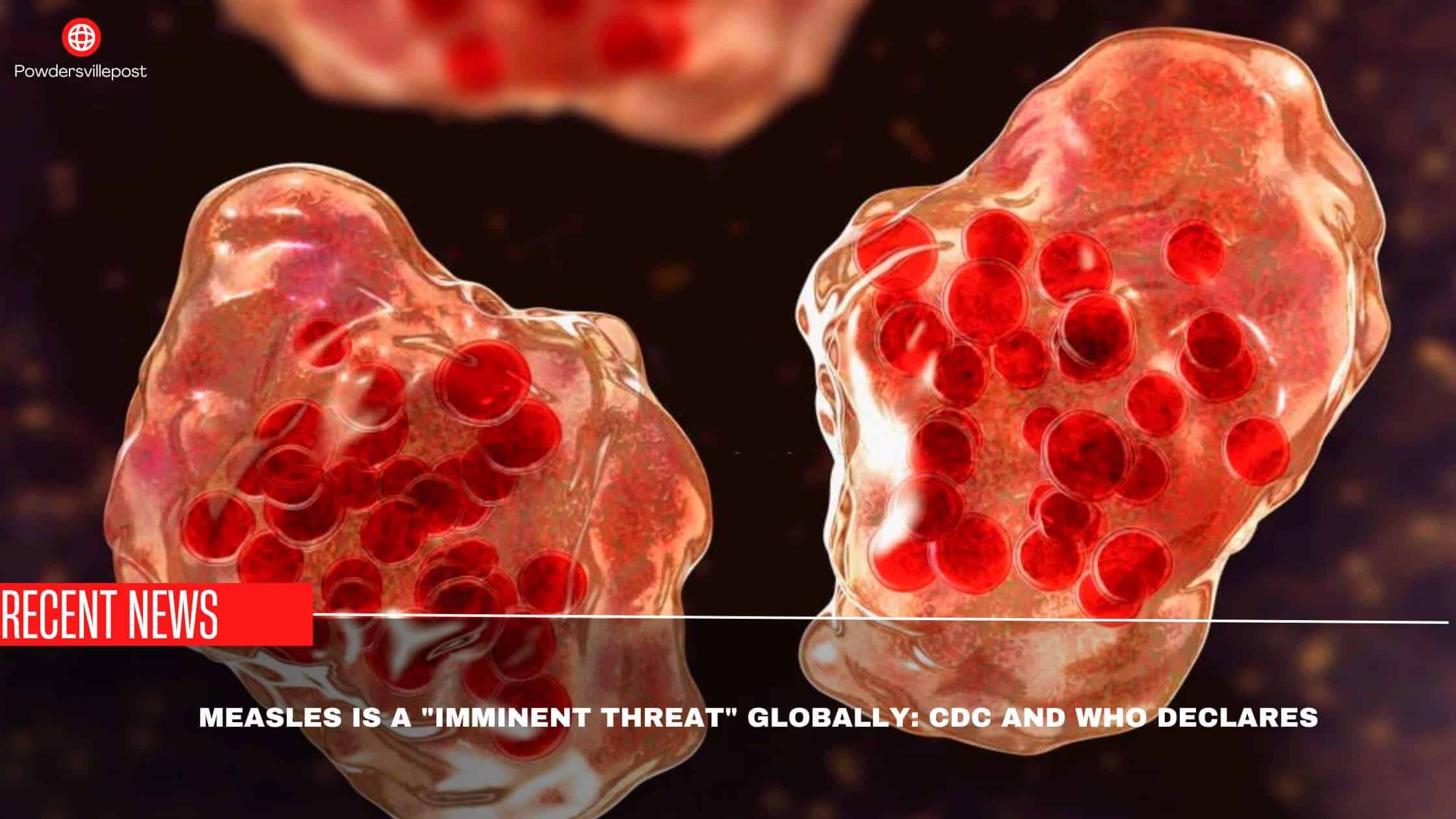 According to a new joint report by the US Centers for Disease Control and Prevention (CDC) and World Health Organization (WHO), Measles is showing up to be a serious concern around the world.

The report says that even after developing a vaccine that is 97% effective in treating the infection, the measles infection had made a comeback after the Covid-19 pandemic.

The measles vaccine was missed by approximately forty million children during the pandemic year of 2021 that includes around 14.7 million kids who missed their second dose and 25 million who missed their first doses. WHO and CDC are expecting that this could turn into a huge problem as the measles infection can make a powerful return.

WHO director-general Dr.Tedros Adhanom Ghebreyesus said that the current measles situation is kind of an irony because during the Covid-19 pandemic we could develop vaccines against it and it could be distributed worldwide in record time which was considered to be a historical achievement.

But at the same time, we had ignored the surveillance of other major infections and couldn’t keep up with their vaccination campaigns that had led to this point. Measle prevention campaigns were drastically affected by this pandemic situation and hence we are in the face of a global outbreak.

Patrick O’Connor, WHO’s measles lead said that even though the measle cases haven’t increased much when compared to previous years it is still a volatile situation.

He warns that we are at a crucial juncture and have to act with immediate effect to prevent any major threats that can spring up in the next one to two years.

Measles is known to be a highly contagious infection and it can create a huge wave of cases as the immunity gap is widening and day by day the safety protocols are being slowly lifted which would lead to more social interactions.

According to WHO and CDC, the measles outbreak can be prevented by acquiring herd immunity and this is only possible if at least ninety-five percent of the children in a community should receive the two-dose vaccine.

The report warns that the vaccination drive should be initiated on a critical basis as each moment wasted can cost the life of a child from an infection caused by a preventable disease.

Latest reports point out that at least nine million measles infections have been reported worldwide and around 128,000 deaths with almost twenty-two countries experiencing an outbreak.

The US is not facing any sort of measles outbreak as of now but safety precautions must be taken at the earliest. In 2022, the total number of measles infections reported by the CDC was around 51 cases.

It was in 2019 that the US reported around 1,274 measles cases, which was the highest since 1992. But this is not a sign of relief as we have to take the necessary safety precautions that could prevent possible contagious infections like measles.

🔵Does Reopening Schools Set US Up For Measles Or Flu Outbreaks?

🔵Due To The Measles Outbreak, At Least 157 Children Died In Zimbabwe

Measles is an extremely contagious disease caused by the Morbillivirus. The symptoms mainly appear around seven to fourteen days after the initial exposure to the virus. The main symptoms are high fever, cough, runny nose, red eyes, and the presence of small white spots inside the mouth called Koplik spots. Then after three to five days, rashes will start to form throughout the body.

Measles is considered to be a fatal condition if not treated properly, especially in kids and infants. Measles is prevented by taking a two-dose measles-mumps-rubella (MMR) vaccine. US citizens who are traveling abroad are always advised by CDC to get the MMR vaccine to prevent infections from foreign countries.